The Park Lands Preservation Association says it has “reluctantly” decided to offer the cash to supporters of the Crows’ plan at its public debate at the North Adelaide Community Centre on Wednesday night.

InDaily previously reported that the Crows declined an invitation to speak at the event, with the club’s CEO Andrew Fagan branding it a “headline-grabbing and point-scoring exercise” by park lands advocates.

At the time, the only confirmed speakers were vocal opponents of the Crows’ proposal, including former Lord Mayor Jane Lomax-Smith, Park Lands Preservation Association president Shane Sody and Ingrid Wangel, who is representing 86-year-old former Olympian Denise Norton, who has said she will stand in front of bulldozers to halt the Crows building on the site.

Former Lord Mayor Stephen Yarwood will moderate the debate, which is expected to attract up to 150 people.

Sody told InDaily this morning he had approached several “high-profile” people who had spoken in favour of the proposal to ensure a balanced debate, including Property Council executive director Daniel Gannon, but no one accepted.

He said he contacted Debating SA to ask whether it had any speakers that could participate, with the association suggesting that he offer a $50 honorarium payment “to get it over the line”.

“I didn’t want to but I reluctantly agreed,” Sody said.

“In an effort to have a real debate we have ironically offered two specialist debaters a small fee in order to debate against us.” 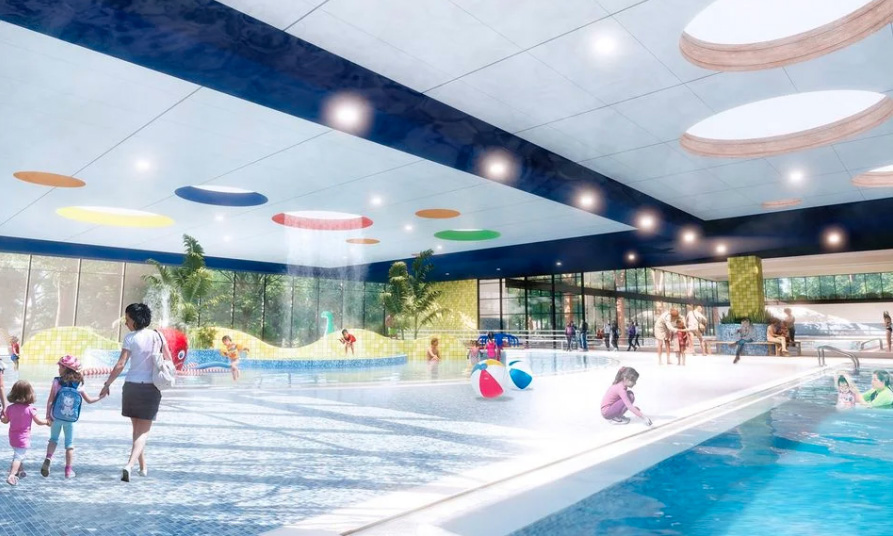 A render of the children’s play area at the Adelaide Football Club’s proposed sports and community centre. Image: AFC

Debating SA’s two co-presidents have agreed to speak in support of the proposal, alongside former Liberal Deputy Premier Graham Ingerson.

“I have offered $50 to each of them out of my own pocket just so we have a debate,” Sody said.

“They haven’t said whether they will take that – I’m assuming they will refuse it.

“I really didn’t want this to get to anyone or the media because then of course we will be accused of paying people to argue against us and therefore we won’t do a good job because we’re paying the other side and that’s not the case.”

Ingerson said he had agreed to speak in favour of the Crows’ proposal for the purpose of the debate but he was yet to formalise his personal opinion.

He said he would participate in the debate as a volunteer and would not accept payment.

“(Former Australian Democrats MLC) Ian Gilfillan ran into me at the gym about a fortnight ago and said, ‘Graham, I’ve got a job for you to do’,” Ingerson told InDaily.

“I said ‘yeah ok, I’ll take it on’ but I didn’t realise at the time how big it was going to be.

“It’s a friend to a friend favour.”

The Adelaide Football Club released new images and a promotional video of its proposed sports and community centre over the weekend.

The images display an Olympic-sized swimming pool, a children’s play area and ovals, which the club says would “transform the ageing Adelaide Aquatic Centre into an integrated sports, aquatic and community centre that would also become the new home for the Crows”.

But the Adelaide Park Lands Preservation Association says the plan represents a “proposed privatisation” and a “commercial takeover” of the park lands as the amount of publicly accessible space in the proposed new building would be smaller than what is available in the current Aquatic Centre.

Sody said there had been a “clear bias in favour of the Crows’ proposal” in Adelaide’s mainstream media coverage over the past few days.

While the Federal Government has pledged $15 million towards the proposed project, the State Government is yet to announce whether it would also chip in.

Responding to questions from InDaily, Sports Minister Corey Wingard said a sport infrastructure plan would be completed “in the coming weeks”.

“That will include a range of suggestions to Government about where we should be investing funding at all levels, from grassroots to elite,” he said.

“The Council is currently holding a public consultation period regarding the Crows’ proposal and I encourage all interested stakeholders to make submissions.”

The council’s 10-week public consultation on the plan – conducted via a survey on its “Your Say” website – closes next Wednesday, with a report due to be presented to councillors by the end of next month.

Sanderson said Sunday’s forum would be “a great chance for the local community to come along to express their views and ideas about the proposal being considered by Council”.

“Since the proposal was announced, I have been in regular contact with my constituents and the City of Adelaide,” she said.

“I have also been fully briefed by the Adelaide Football Club, to gain a full understanding of the proposal.”

But Sanderson did not respond to InDaily’s question asking how supportive she was of the club’s plan.