Floodwaters carried away cars, devastated houses and shut down businesses after a sudden heavy downpour on Friday afternoon that lasted about an hour.

Rainfall measurements varied across the region. An automatic weather station at the marina recorded 76.2mm in 40 minutes, while the local airport, north of the township, only recorded 4.8mm.

Anecdotal reports from residents included totals as high as 114mm.

“There’s 880 hectares of catchment and overall we estimate that with that event, 350 megalitres of water was dealt with by our stormwater network,” Rufus said. 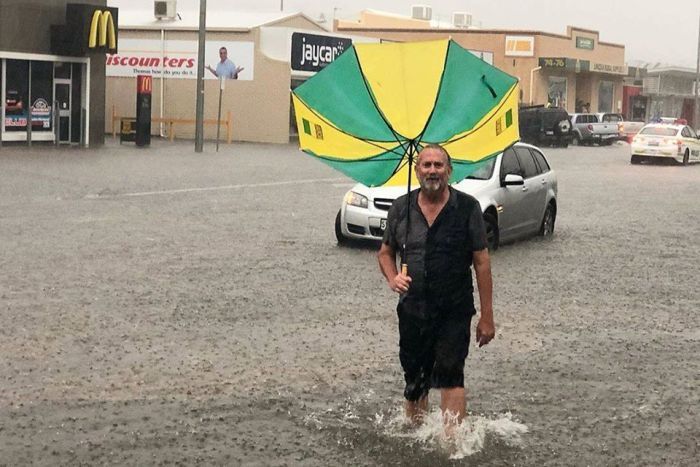 The severity of the flooding took many residents by surprise. Photo: Supplied by Felicity Jones

“So that’s a lot of water in a short period of time that the network had to deal with.”

The city’s stormwater drainage system was already under review before the flooding, with the final draft of a plan to improve the network presented at a council meeting last night.

“There are areas where obviously the pipe network was designed at a particular point in time … and obviously those situations are changing,” Rufus said.

New sand to be trucked in

The council confirmed it would truck out sand soiled by the floodwaters on the city’s foreshore and replace it with clean sand from another local site.

The practice has been controversial in metropolitan Adelaide, where it has been used to fight erosion.

However, Rufus said the Port Lincoln Council had deemed it necessary as the silt could carry contaminants that would put residents’ health at risk.

“We see that as a responsibility that we have in ensuring the safety of the community,” Rufus said.

Silt samples from the area are being tested for contaminants, with results from the Environment Protection Authority expected back by the end of this week.

The Council plans to replace the sand before the end of the week, while tides are low. 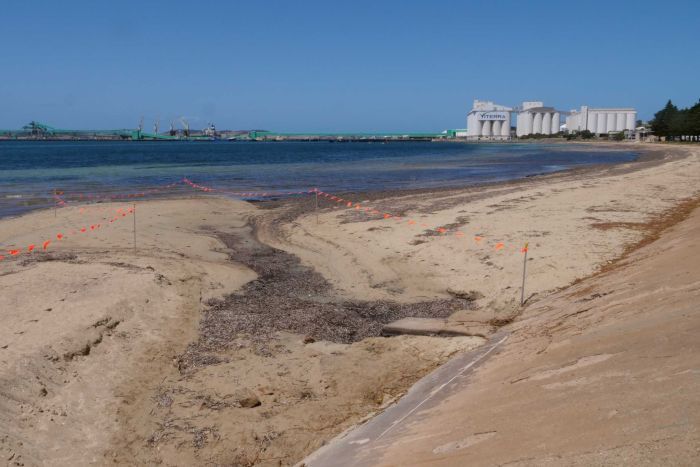 The Council will truck in fresh sand after fears sand on the foreshore was contaminated by the floodwaters. Photo: ABC Eyre Peninsula/Jodie Hamilton

As clean-up efforts continue, the State Emergency Service (SES) is warning the full extent of the damage may not be apparent for months, or even years.

Crews conducted damage assessments on 75 houses over the weekend.

Communications Manager Jon Carr said while some damage — such as to carpets and electrical wiring — was easy to spot, other impacts would take time to discover. 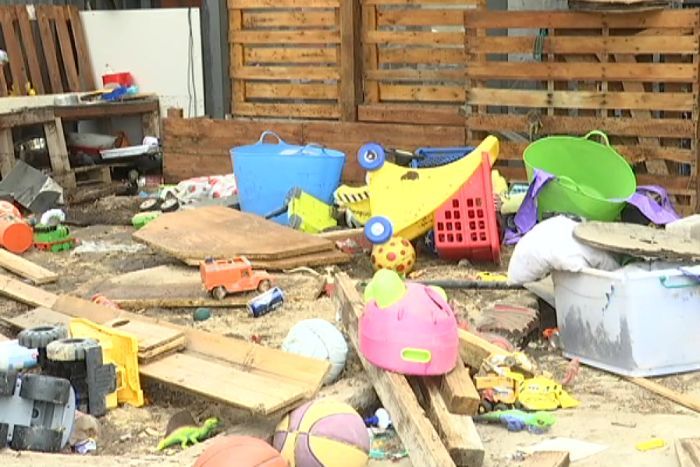 The full extent of the damage may not be apparent for months, or even years. Photo: ABC Eyre Peninsula/Jodie Hamilton

“We may find that water has seeped in under the floorboards, water may have seeped in behind the walls, it may have actually caused some serious structural damage to premises,” Carr said.

“It’s very difficult to put a final figure on what the actual total damage bill will be.

“It’s every possibility that the total damage eventually will be in the tens of millions of dollars.”

The SES said it had been inundated with calls from residents asking for help cleaning mud from their homes, but that people should contact their insurers because the response agency did not offer a cleaning service.

‘Not something you want to come home to’

The severity of the damage took many Port Lincoln residents by surprise.

Allan Shanley arrived home on Friday to find his house flooded for the second time since 2015.

The water rose to about waist-deep in the family home.

“Everything that was in the yard was not where it was, it was just floating around,” he said.

“It’s not something you want to come home to.

“It was dark, there was no power, so it was a guessing game as to where you put your feet, photo frames or anything that you were stepping on.

“Last time was nothing compared to this, it was a walk in the park.”

Liverpool Street shop owner Chris Richardson tried unsuccessfully to keep the water out of her business, using quilts in place of sandbags.

“We couldn’t believe it seeped all the way through, almost to the back workroom,” she said.

“We had others come down to help with brooms just trying to get the water out.

“It was a massive deluge in a short time, I know that. It was terrible.”