SA Best MLC Frank Pangallo has spent the past two days on Kangaroo Island, where he has met with “various farmers and others… in areas where they got hit by the fires” last week.

He said he’d move for a joint parliamentary inquiry or select committee when parliament resumes next month “and I hope there’s a lot of bipartisan support for it”.

“We do need to have a parliamentary inquiry,” he said, saying it would examine issues around blazes both at Kangaroo Island and Cudlee Creek late last year.

“It’s not about pointing the finger or apportioning any blame for what’s happened here, because it started as a natural event [but] a lot of the farmers have serious questions.”

KI Mayor and former Liberal MP Michael Pengilly has already called for the forestry industry to exit the island and demanded a review of the native vegetation act.

Pangallo said residents he’s spoken to “want answers about the management of the park and the surrounds” and have questions about the initial emergency response to the blaze.

But he said an inquiry would also “look at the impact of the changing climate, particularly in places like KI”, and consider options for “the economic recovery of the island”.

So,so foolish in your pronouncement. My respect for you has totally evaporated . Pathetic https://t.co/Dof76tgniU

“KI can’t afford to go through another hit like this in another 10 years’ time,” he said.

“Look at the impact on the island, and tourism – it’s absolutely dropped off for them.”

Pangallo said in his lifetime, “I’ve never experienced anything on this scale -not just in SA, but around the country”.

“I think it’s important the parliament, both state and federal, take a good look at it… there’s a lot of things we can learn from this experience,” he said.

“This isn’t about apportioning blame, it’s about what lessons can be learned from this and how we can go on from here and try to reduce the threat if it happens again.” 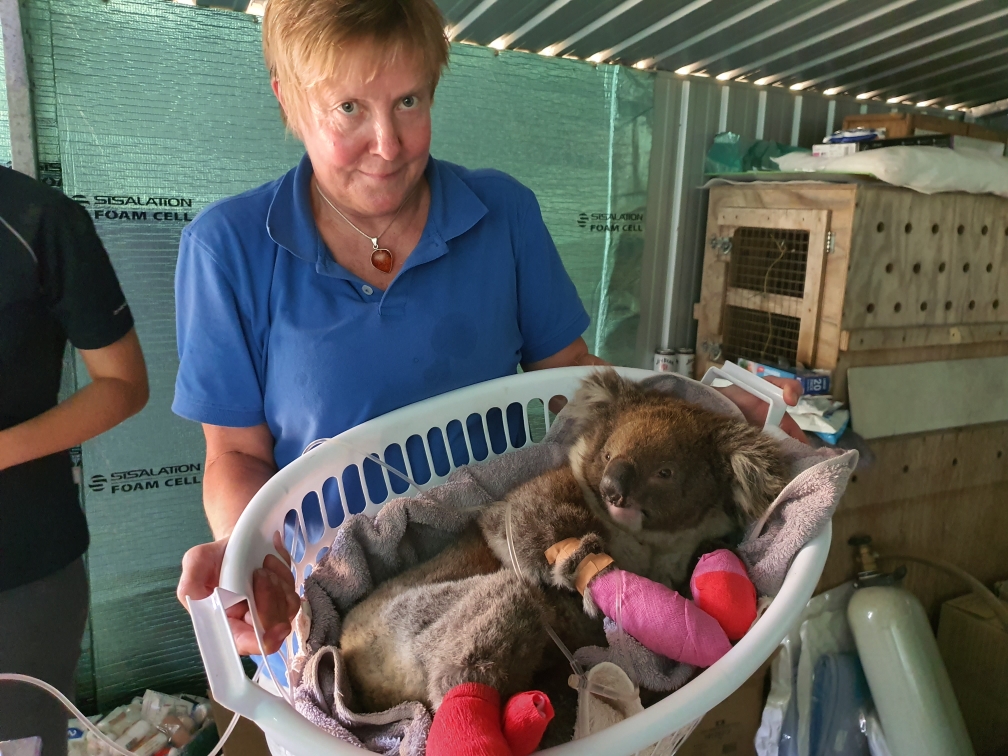 A volunteer at the koala rescue centre set up at the Parndana wildlife park. Photo: Supplied / SA Best

Pangallo has previously expressed support for a Royal Commission to consider national implications.

There will already be a coronial inquiry into the deaths of bush pilot Dick Lang and his son, reconstructive surgeon Clayton Lang, who were killed when last week’s blaze swept across the island.

A State Government spokesperson also pointed out that SAFECOM has also indicated that “a major review” of the current bushfire season will be conducted, but didn’t rule out support for a parliamentary inquiry.

“Our priority right now is getting through the current bushfire situation,” the spokesperson said in a statement.

An Opposition spokesperson said that “when the immediate threat has passed, Labor will give active consideration to any necessary review”.

With conditions easing on the firefronts today, Pengilly said “hopefully we’ve got a few days of daylight before the next hot and windy day”.

“We’ll just keep plodding along with it,” he said of the recovery.

A mayor’s fundraising project has already raised $1.3 million since the weekend, but Pengilly said it would barely scratch the surface.

“If we get $1.5 million – we’ll need $150 million,” he said, but noted all funds would “go directly to the people who need it – the victims, both tourism and farming”.

Pengilly said forestry had “promised the world for four decades and delivered nothing” to the island.

“It doesn’t matter whether you’re the biggest extreme greenie on the island or a farmer, everyone’s the same – they just want it gone,” he said of the industry.

“We want a future where our future doesn’t include forestry.”

He said he “doesn’t disagree with what [Pangallo] is suggesting” but “at the end of the day the Government and cabinet will decide which way they want to go with an inquiry”.

“If parliament wants to have an inquiry, good on them,” he said.