Verschoor this morning officially opened the $17.6 million transformed Gawler Place, which was originally costed at $7.85 million and due to be finished before last November.

It also incorporates 800 metres of new underground stormwater and drainage pipes, the inclusion of which forced the council to blow out its original budget by almost $10 million.

InDaily reported in July last year that council staff had, during initial construction work, discovered unexpected “complexities” in the underground infrastructure beneath Gawler Place that then Lord Mayor Martin Haese said would have been “financially irresponsible” to ignore.

In August this year, council staffers revealed they had encountered several other problems – including a water leak, “unsuitable material” underneath the pavement, and buried heritage footings – which forced it to provide an additional $837,000 in contingency funding.

“This project has been as much about what’s above the ground as what’s been below the ground,” Verschoor said this morning.

“It’s much more than just a road and a footpath renewal… we’ve created an attractive and more welcoming pedestrian-friendly area with lots of greenery, trees, shade, seating.

“The upgrade has also future-proofed this area for the next 50 years.” 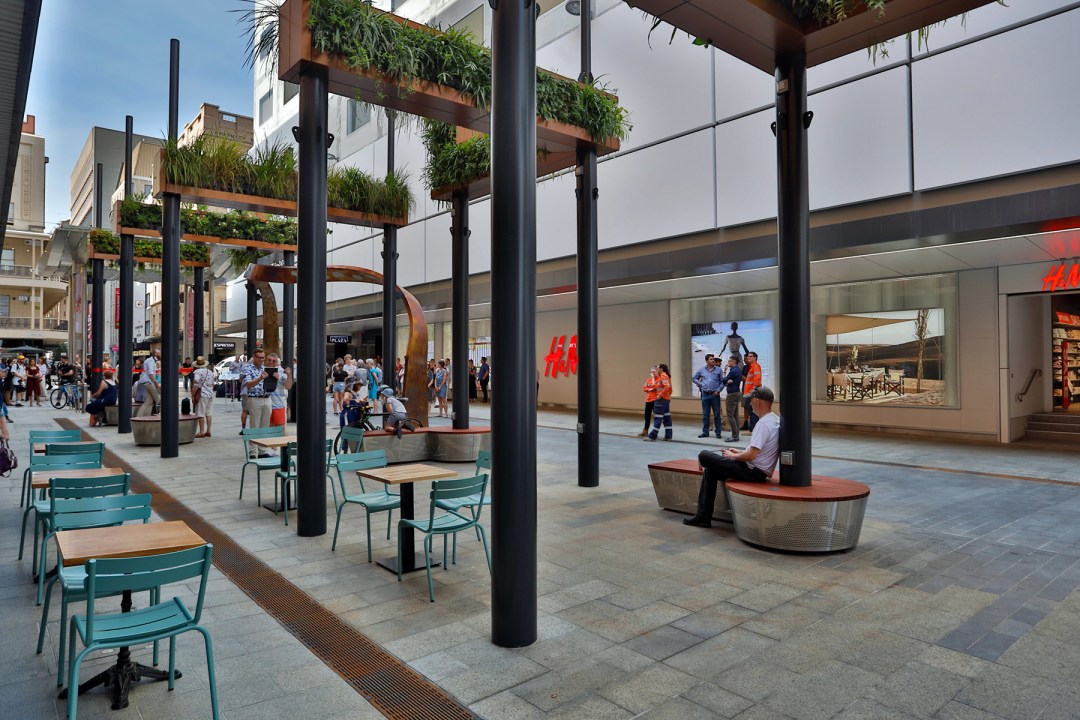 Verschoor said the additional spend was “worth it” due to the amount of unexpected underground work.

She said the project also helped bring Gawler Place – which was last upgraded in the 1960s – up to the same standard as the recently redeveloped Rundle Mall and Kintore Avenue.

“We’re not going to have to go back into the area – any other of the options would have meant that within ten years we would have been back underground and trying to refix the surface,” she said. 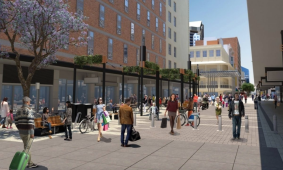 But some have already criticised the redeveloped street’s lack of bike parking.

Verschoor said this morning people could lock their bikes to the new bollards at Gawler Place.

“I’m looking forward to more bike parking coming into the space,” she said.

Gawler Place is one of the city’s busiest pedestrian thoroughfares, with over 25,000 people passing through the street every day.