A Labor Opposition Leader, a conservative Liberal backbencher and a self-confessed bunch of blue-bloods from the eastern suburbs and North Adelaide set walk into a bar…

Well, that is yet to play out. But they’re still hoping to have the last laugh, despite the land tax aggregation measure that united them this year – in the most unlikely of political alliances – passing parliament late last month.

Three of the most senior members of the Labor frontbench were, bizarrely, the guests of honour at an event at Tynte St’s One Sixty Five bar – an event hosted by several dyed-in-the-wool Liberal backers.

SA Best MLC Frank Pangallo was also on the guest-list, but from the current Liberal party-room there was only one invitee – Davenport MP Steve Murray, who openly opposed the aggregation crackdown and abstained from the Lower House vote that helped make it law.

“I just popped in to say g’day,” he told InDaily today.

“There was certainly no mention of it being a Labor Party branch affair.”

Labor leader Peter Malinauskas said he “welcomed the opportunity to be able to engage with a number of stakeholders within our community”.

Of the unusual political mix, he conceded: “I think the land tax debate has certainly been on of the most extraordinary public policy political exercises I’ve seen in the state for a long time, and it’s no doubt upset a lot of people.”

“There is, no doubt, a lot of anger within the community at the Government’s retrospective land tax changes, and that anger continues,” he said.

“That was clear to me from some of the representations made from small, medium and larger business owners that were there last night.” 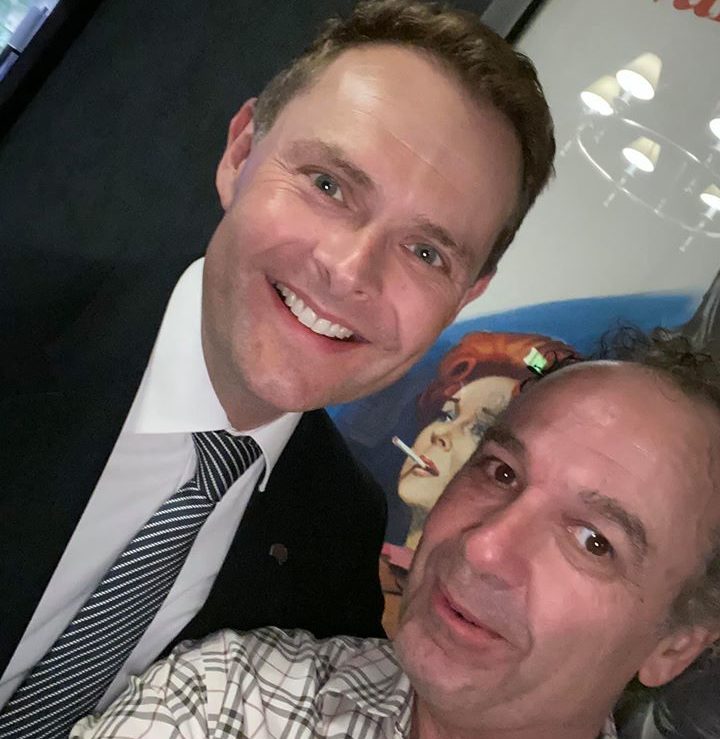 Adding to the sense of surrealism was the presence of Walkerville councillor MaryLou Bishop – whose sister is former Deputy Federal Liberal leader Julie Bishop – and her husband, North Adelaide dentist Dr Joe Verco.

Bishop, who is not a Liberal Party member, told InDaily the land tax changes “are going to impact my husband enormously”.

“There were some very, very strong Liberal supporters there [last night] who are extraordinarily angry about the fact it was not discussed prior to the election – it came as a complete and total shock,” she said.

Verco said “we’re all a little aggrieved and what have you” about the aggregation provisions, which he blames for a decline in business confidence.

“I’m really grumped off,” he said, lamenting “the lack of intestinal fortitude of the Liberal Party at the moment”.

“We really do like the state… it just is upsetting to have people wanting to do some rather uncharacteristically dumb things on the way through.”

North Adelaide businessman Brenton GriGuol hosted the event, telling InDaily “it was our way of saying thank you, getting us all together and have a bunch of North Adelaide and eastern suburbs blue-bloods mixing it with the luminaries of the Labor Party”.

Asked in a Facebook post whether the meeting represented “the new North Adelaide branch of the ALP”, he responded: “When you’ve been let down by your own party, we are politically displaced, destitute and need a home that supports small business… in an answer, yes.”

GriGuol told InDaily he was now “politically homeless”, even though he’s “still got Liberal values”. 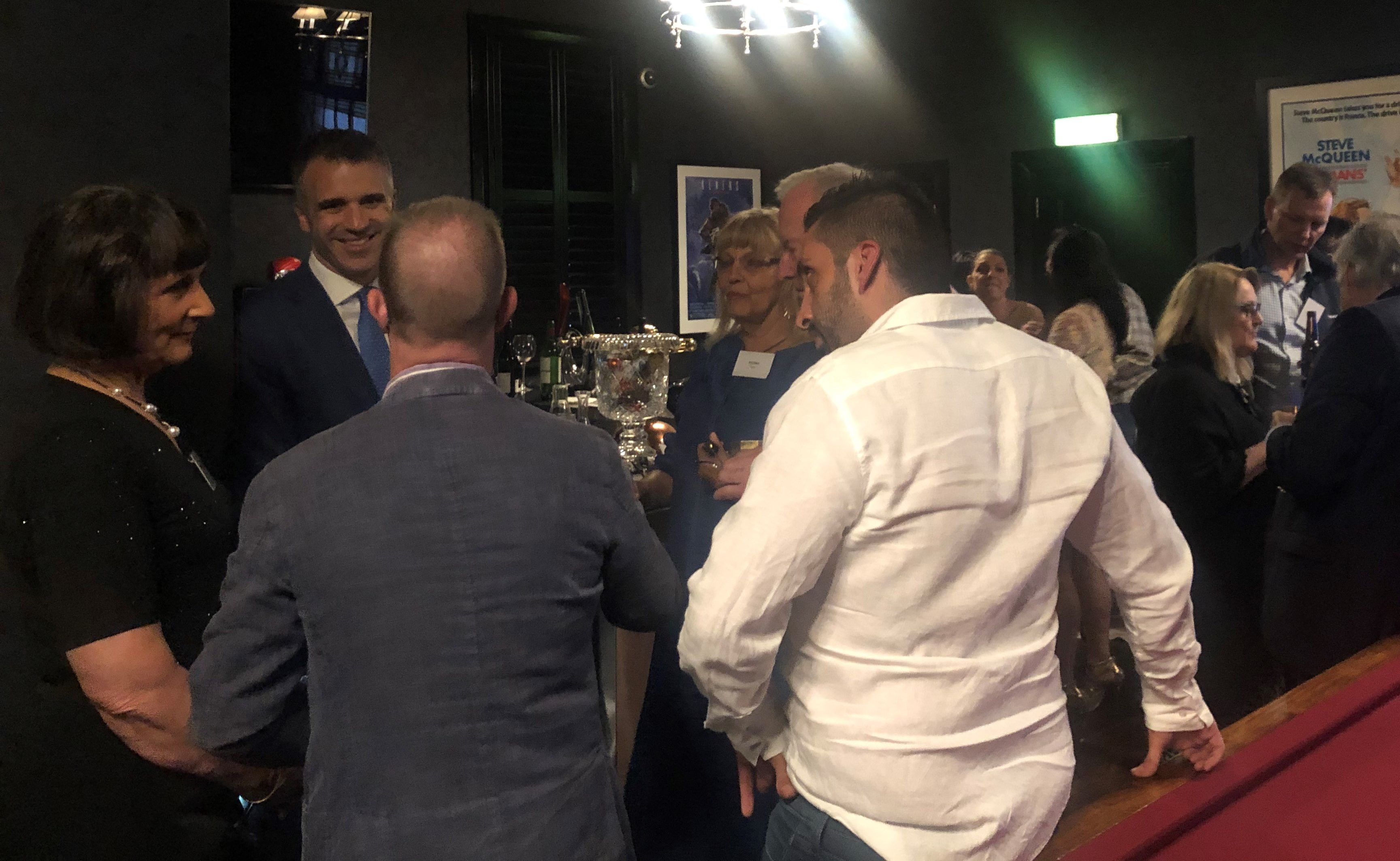 That was echoed by law firm partner, Liberal Party member and self-anointed “True Liberal” Richard Solomon, who said: “Up until the last month or so most of us who were former Liberal supporters were almost hellbent on repairing the Liberal Party – but none of us can contemplate that now.”

“We are basically people without a party, in the political wilderness,” he said.

Other former Liberal backers attending were entrepreneur Ben Fitzsimons and Unley dentist  Dr Timothy Goh, who was thrust into the public limelight when his personal wealth as a prominent land tax critic was highlighted in a newspaper article.

Goh said the gathering was “an eye-opening experience for me”, citing the “very unusual experience” of breaking breads with former Labor Treasurer Tom Koutsantonis.

“I’ve been having a go at Koutsantonis for years – years – and I shook hands with these guys… and they were empathetic,” he said.

“Our preconceptions from these people were very, very different from the reality.”

Koutsantonis himself said: “The people who were there were basically the former heart and soul of the Liberal Party, from what I could tell.”

“The Liberal Party takes in Cory Bernardi through to some of the very, very socialistic MPs that are there now,” he said.

“The same thing exists in the Labor Party – some of their people are almost communists, but there are also people that realise that private enterprise is all about employment.”

He said “if it had been a year ago this [event] would have been very unusual, because all of us were going to Liberal forums”.

“But those invitations have ceased for us, and frankly I wouldn’t go because I don’t want to support the people who have made life unnecessarily hard for my wife and I,” he said.

Prominent property developer Theo Maras was an apology for the event.

Maras said he was satisfied that the Property Council, of which his son Steve is president, had negotiated for a later review of the new land tax regime, but he noted he was still “concerned to see what basis they use for the revaluation” of existing property values.

Also sending an apology was company director Frank Nardone, who wrote on Facebook: “Sorry I couldn’t make it… will make a point of getting to meet them all, bring on the next elections.”

Treasurer Rob Lucas declined to comment on the gathering.