InDaily has learned that four parties have been struck off by the Electoral Commission of SA, after it sought to enforce a law mandating that political parties with no parliamentary representation must prove they have at least 200 paid-up members to maintain registration.

Dignity – formerly Dignity 4 Disability – is the most prominent, less than two years after the eight-year term of Legislative Councillor Kelly Vincent ended at the 2018 state election.

Vincent, who was elected in a shock result in 2010, was a prominent advocate and spokeswoman on issues affecting people with disabilities.

Party president Rick Neagle told InDaily the party was unable to meet the requirement for 200 signatures.

“We’ve got a lot of constituents who find it hard to complete forms,” he said.

He said the decision didn’t necessarily spell the end of the brand, but a special general meeting next year would determine whether Dignity sought to re-register in future to fight another election, continued as a lobby group “supporting other political parties that have like-minded attitudes and policies” or wound up altogether – with the last option unlikely to carry.

The Liberal Democrats have also been deregistered, along with Stop Population Growth Now and the Danig Party of Australia, while the National Party faces an uncertain future.

The party, which has not held a seat in SA since Karlene Maywald threw the conservative base into disarray when she joined the Rann cabinet, had recently promoted big plans to rejuvenate its electoral brand.

But it’s instead facing an untimely death if it can’t provide its 200 signatures to the electoral commissioner by 5pm tomorrow – a task for which it’s already had to request an extension beyond an original September deadline.

State president Jonathan Pietzsch said electoral commissioner Mick Sherry wrote to the party in June demanding the signatures – a step further than the SEC’s regular requirement of a list of 200 members to retain party status for groups without state parliamentary representation.

“This year the Commissioner has decided that in addition to that requirement we need to submit 200 signatures – which has proven a bit of a challenge, with a membership base that goes from the West Australian border to the Victorian border,” Pietzsch said. 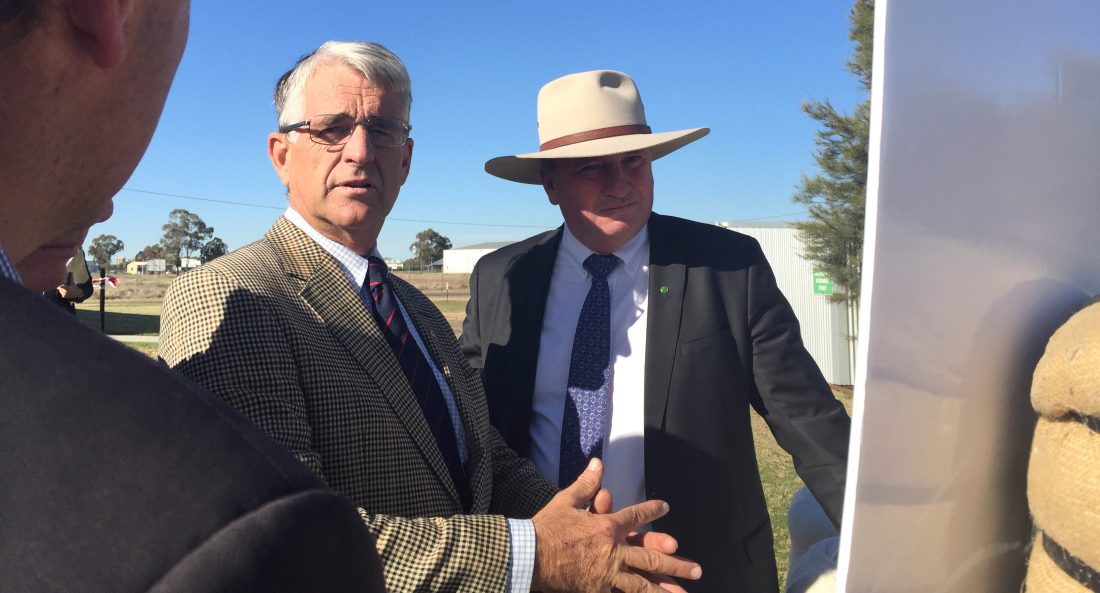 Former deputy PM John Anderson – with one of his successors Barnaby Joyce – has written to SA members in a bid to save the party. Photo: Rashida Yosufzai / AAP

He said federal MPs and party elders, including former deputy PM John Anderson, have mobilised in support seeking to engage a largely elderly membership base.

Deputy Electoral Commissioner David Gully told InDaily the annual returns system had been in place for a decade and the decision was made to test unrepresented parties’ membership lists by requiring signatures.

He said some of the parties deregistered had indicated they would seek to re-register before the next state election.