InDaily reported in June that Renewal SA – the State Government agency tasked with transforming the old Royal Adelaide Hospital into Lot Fourteen – had flagged it would build a 200 to 250-room “short-stay temporary accommodation” at the site for visiting entrepreneurs, researchers and scientists.

A former Lot Fourteen masterplan stated the hotel would “enhance the commercial viability of tourism” and provide “additional capacity to university-related visitation”.

“Well-established competition amongst hotel operators, including branded international hotel operators, suggests that a small-scale but high-quality boutique offering may be most effective,” the plan stated.

“The site is well positioned to support a major tourism destination that operates as a cultural and entertainment anchor for the site and broader precinct.”

That masterplan has since been updated, with the current version – published last month – featuring no mention of a hotel.

However, a Lot Fourteen Development Plan Amendment submitted to the Adelaide City Council this month by Planning Minister Stephan Knoll makes repeated mention of a hotel, which could accommodate up to 1052 people.

The plan suggests rezoning the seven-hectare park lands site to allow for accommodation and tourism, including “licensed premises in association with hotel, restaurant, shop or the like”.

“The overnight visitor population, when supply meets demand, is almost equal to the residential population, with the area having a hotel guest capacity of approximately 1052,” the plan states.

“Re-zoning the site to mixed use provides the opportunity to establish new businesses at the site that will add value to the cultural facilities that are established, such as restaurants or a hotel.” 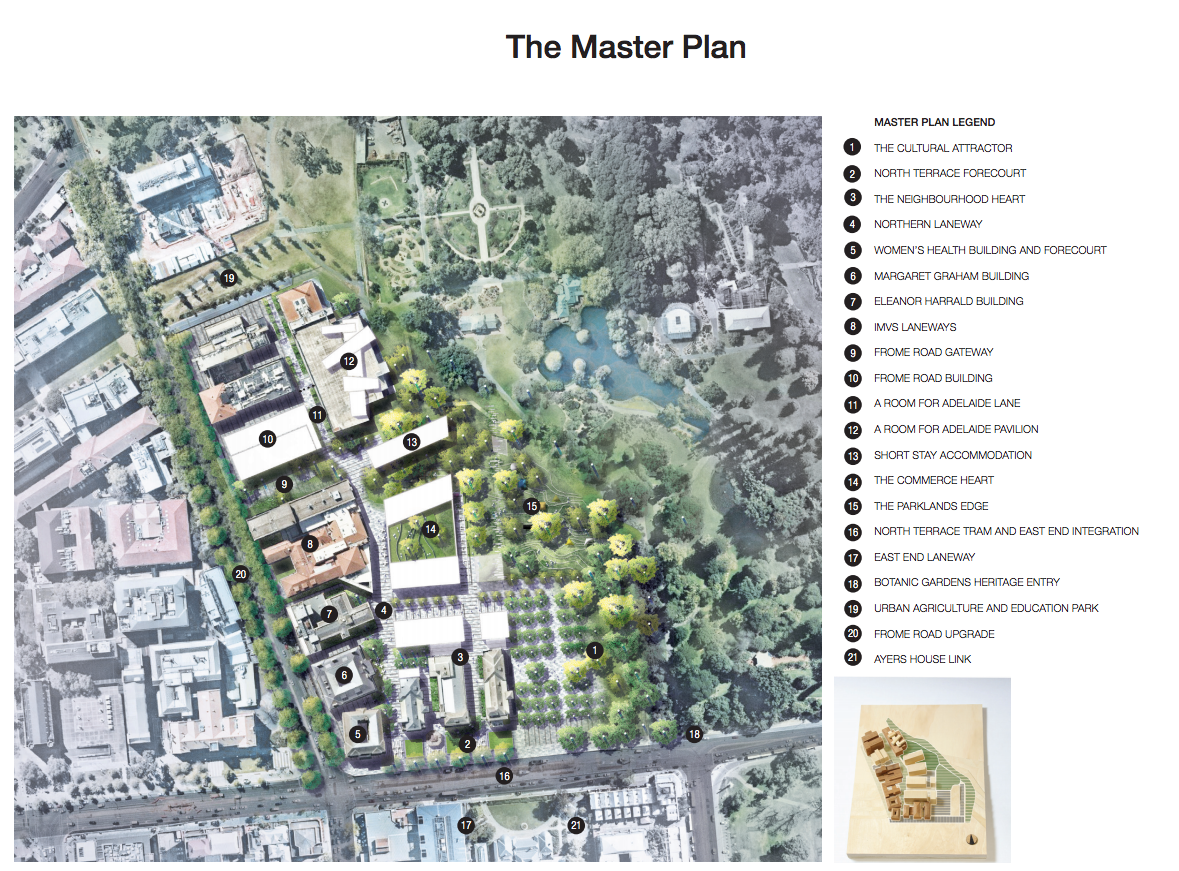 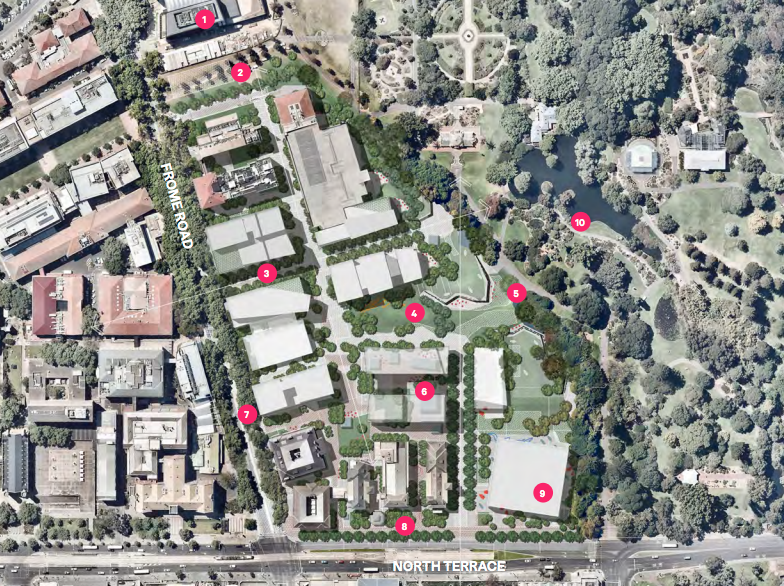 The current Lot Fourteen master plan, which does not include a “short-stay accommodation” building. Image: Renewal SA

In a statement, a Renewal SA spokesperson confirmed “small-scale tourist accommodation” was envisaged in the Development Plan Amendment, “which could be provided as the development and neighbourhood population expands, if there is market demand”.

“Renewal SA is not currently in any commercial discussions with any party regarding construction of hotel accommodation on the site,” the spokesperson said.

“The primary focus in the development of Lot Fourteen is the creation of employment and business opportunities in the deep technology target sectors of space and defence, cyber security, artificial intelligence and machine learning, and the creative industries.”

At last night’s Adelaide City Council committee meeting, all elected members informally voted to “oppose the lease of any part of the (Lot Fourteen) site for an hotel to host events or offer accommodation”.

Councillors also informally voted to oppose “the construction of any residential apartments to be offered for sale” at Lot Fourteen, despite there currently being no mention of residential buildings in Renewal SA planning documents.

A State Government spokesperson reiterated today that it had no intention of allowing residential apartments on the site.

A formal decision will be made at next week’s council meeting.

North ward councillor Phil Martin, who suggested the council endorse the position, said doing so was “absolutely consistent” to the view taken by the council last year to oppose the construction of the Adelaide Oval Hotel.

At the time, the council argued the $42 million taxpayer-funded Oval Hotel, which is currently under construction, would impinge on the park lands and would have an unfair competitive advantage over surrounding city businesses.

Like the Oval Hotel, a hotel at Lot Fourteen would be located on the park lands and would be exempt from paying council rates.

“We need to rule this out now,” Martin said last night.

“It’s incumbent on us to protect the park lands from commercial development.

“We need to say in clear language to the Government that it is entirely consistent with the position that we’ve taken on the Adelaide Oval Hotel and on residential apartment development on the park lands.”

Martin said a hotel at Lot Fourteen would compete with other businesses in the city that are required to pay council rates, including Crowne Plaza’s “Adelaidean” Hotel, which is currently under construction opposite Lot Fourteen on the corner of Frome Street and North Terrace.

That hotel will have 329 guest rooms, including 20 suites, and will include meeting and conference space as well as a bar and restaurant.

Martin said a Lot Fourteen hotel offering would also compete with other businesses in the “troubled east end”, which he said was still recovering from loss of business following the closure of the old Royal Adelaide Hospital.

Deputy Lord Mayor Houssam Abiad said he didn’t believe there was a need for a hotel at Lot Fourteen “when there are a lot of hotels in the east-end that are either built or being built to support the site”.

“The biggest issue for me… is Government should not be providing incentives and interfering in the market when the demand and the supply is there,” he said.

“I don’t know how the Government until this day are not allowing the City of Adelaide to rate the site.”

The council’s CEO Mark Goldstone said he had engaged in “productive conversations” with the State Government about rating Lot Fourteen and would provide an update next year.

“The site is important from an integration point of view with the city as a whole and I think that the servicing of the site and the payment of rates is a key consideration, and it’s one that is being received receptively by the entity that’s overseeing Lot Fourteen,” he said.

The total investment in the Lot Fourteen development is anticipated to come in at more than $1 billion, with the overall vision being to transform the hospital site into an “innovation precinct” housing start-up businesses, the Australian Space Agency, an Aboriginal Arts and Culture Gallery and a hospitality school, among other ventures.