The site, lavishly labelled “GrowthState”, is believed to have gone live early this week in a ‘soft launch’, and was not locatable by Google search as of Wednesday.

It puts meat on the bones of the so-called “South Australian Growth Agenda” first flagged by the State Government in March, and occasionally alluded to in subsequent industry consultations in the months since.

But the hub suggests a blueprint for a far wider-reaching strategy, likely to form the basis of a mooted political and policy re-set in the new year, after the likely proroguing of parliament.

A screenshot from the site.

On it, Marshall calls Growth State “a new partnership between government and industry where we are united in our goals of accelerating our economy and retaining and attracting the best and brightest to live and work in SA”.

“The South Australian Government has been in deep discussions with industry to identify areas of growth and how government can assist in unlocking and accelerating business expansion and job creation,” the site states.

“The government’s role is to foster sector wide growth by establishing and maintaining a competitive business environment.”

The Government has previously flagged an aim to increase the state’s economic growth rate to 3 per cent; however, that ambition took a hit last week when Australian Bureau of Statistics figures showed the rate actually slipping from 2 per cent in 2017-18 to 1.4 per cent in the past 12 months.

“To achieve three percent annual growth, a range of the state’s industries will need to grow very significantly beyond their current trajectory,” the site’s spiel states, detailing nine “priority sectors… identified as focus areas because of their strong potential to meet increasing interstate and global demand, attract investors and leverage comparative advantages”.

“Businesses, researchers and other influencers across these sectors are sharing their ideas and thoughts on how to best ensure the growth of our state, resulting in the development of an industry-led strategy for each of the nine sectors,” it continues.

The priority sectors are: 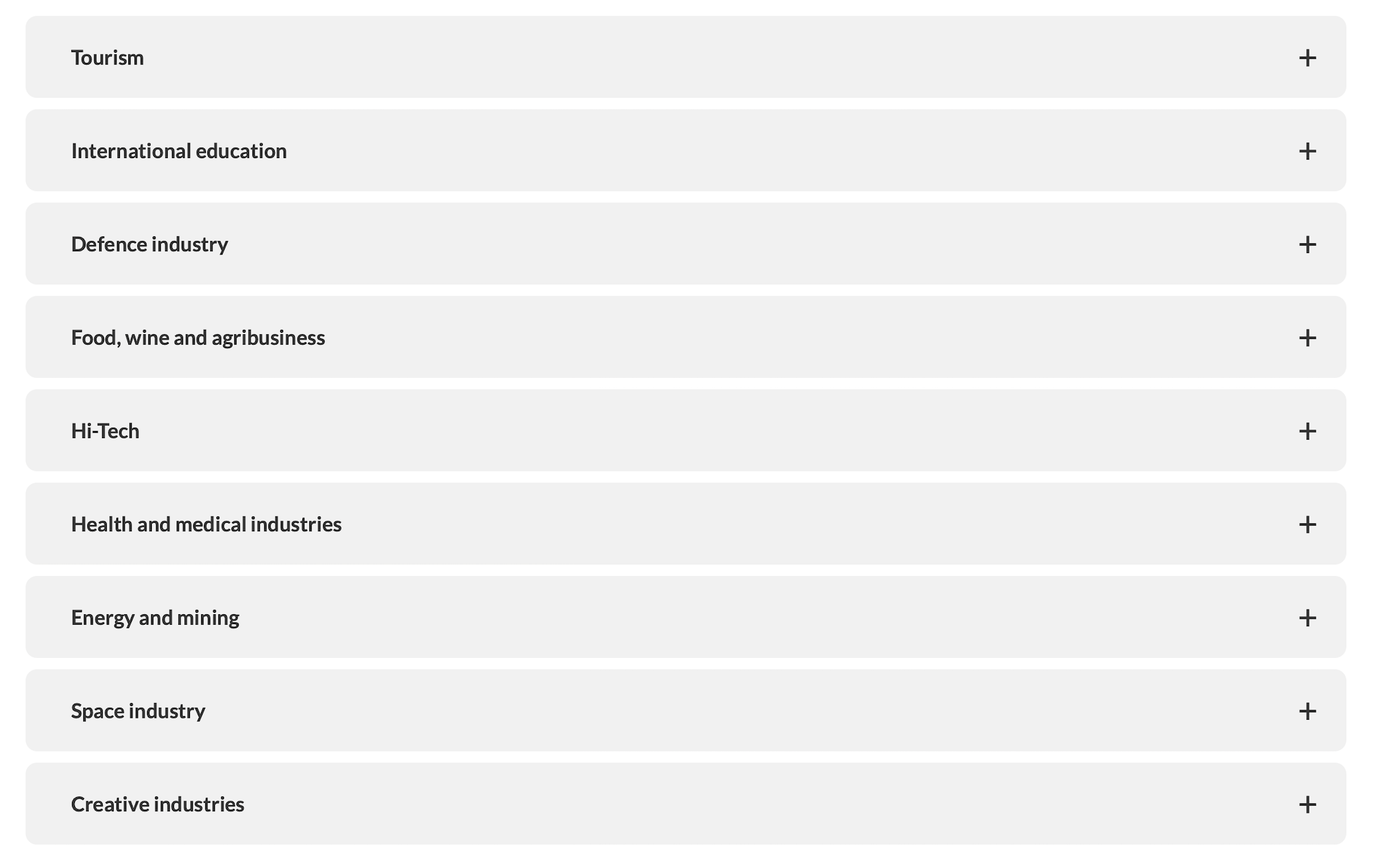 However, the plan remains a work in progress, with policy papers for seven of the nine priority sectors still not detailed on the site, which instead carries corresponding disclaimers that “we are working closely with industry to develop their sector plan.” 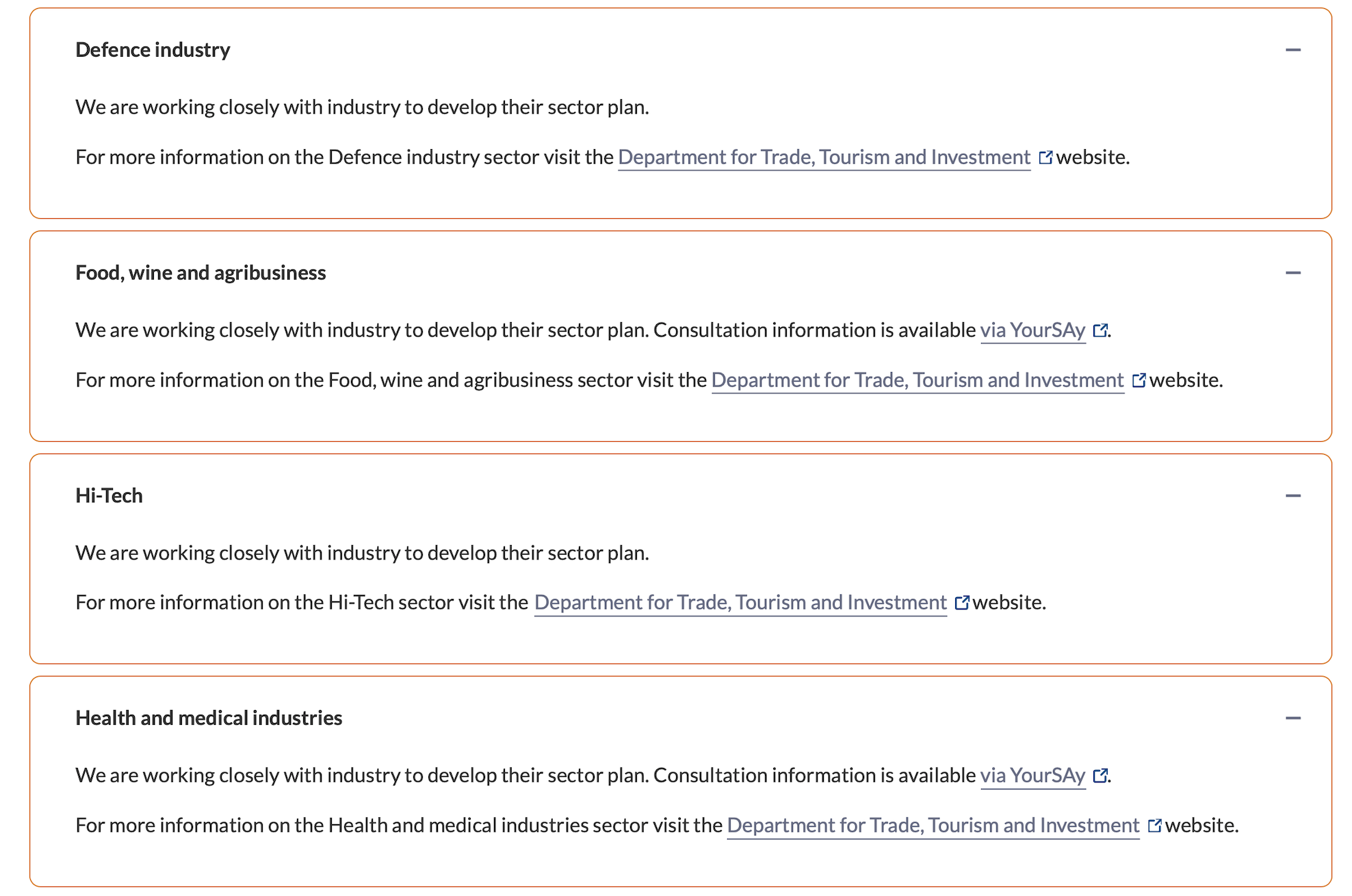 The site contains previously-announced blueprints for international education and the tourism sector, while a Health and Medical Industries Discussion Paper is available elsewhere online as part of a recently closed YourSay consultation.

YourSay, whose social media account has been tweeting the phrase #GrowthState for some months to promote its consultations, recently wound up consultations on Energy and Mining and Defence, and is currently receiving feedback on the ‘Creative Industries’ pillar – but that process remains open until late January.

⚡ Your feedback will help inform the development of the Energy and Mining Strategy and help potentially grow the energy and mining industries. To join the discussion – https://t.co/WAg5Am6atf#EnergyandMining #GrowthStrategy #SouthAustralia #GrowthState #YourSAy

Asked about the new blueprint, Marshall told InDaily: “We’ve launched two of [the sector plans] already but rather than wait for all of the sector plans to be released, I think it’s important to get cracking, quite frankly.”

He said the “over-arching framework” came out of former New Zealand frontbencher Steven Joyce’s recent review of SA’s trade and investment strategy, but the concept dates back to Marshall’s previous associations with former Kiwi leaders John Key and Bill English.

“Their key message to us was ‘you can’t do everything, you need to focus on critical sectors that will provide that drive to economic growth’, and we’ve been progressively working through the nine key sectors,” he said.

“It’s a combination of areas where we had historical capability and some that we’re developing capability in.”

He offered the nascent space sector as an example of the latter, conceding it was “not a massive industry at the moment, but has great capacity in the future”.

“We’re going to be hugely respectful to traditional sectors like mining and energy,” he added.

The remaining industry plans will be “rolled out progressively over the next six months”.

Asked whether the plan would form the bedrock of his political strategy over the next two years, Marshall said economic growth was “Chapter One of 2036” – his pre-election policy manifesto.

“What this does is puts some metrics around it,” he said, adding last week’s economic growth figure was “unacceptable”.

“Our focus is on really growing the economy,” he said.

“It’s one thing to hope to grow the economy by three per cent, but it’s never going to happen just by wishing it.”

But the Opposition dismissed the blueprint as “rushed and incomplete” with “some parts appearing to be copy and paste jobs with no detail”. 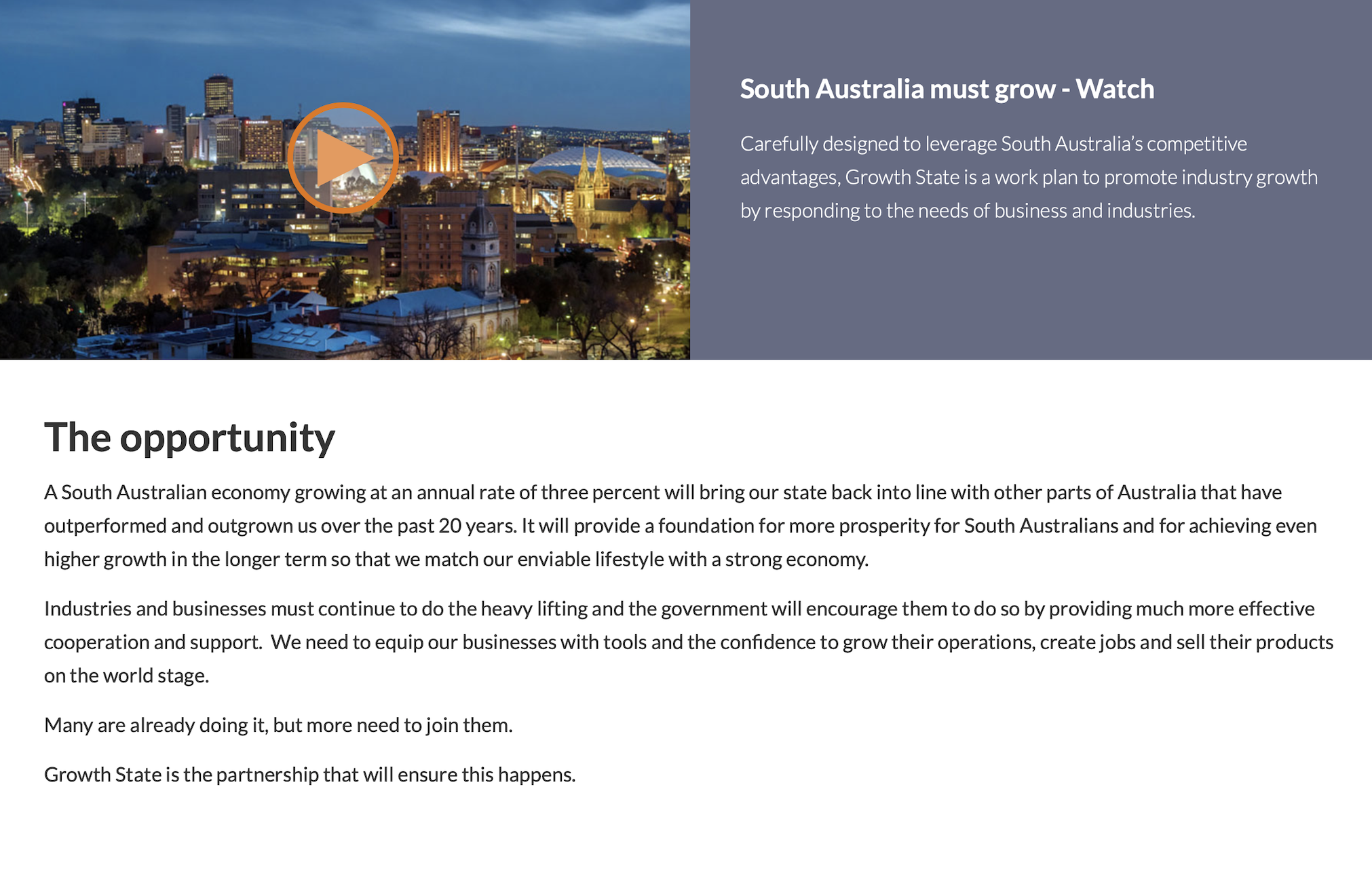 Plan B? A spiel from the new site.

“Under Steven Marshall, unemployment has increased from 5.6 per cent in March 2018 to as high as 7.3 per cent this year, and business confidence has crashed to record lows,” he said.

“Steven Marshall’s central economic policy this year has been jacking up land tax for thousands of South Australians… he claims his plan is all about growth, yet the state’s economic growth has slowed from 2 per cent when Steven Marshall came to office to just 1.4 per cent – less than half his own target.

“Steven Marshall’s economic credentials are in tatters, and now he’s scrambling around for a chance to reset.”

Marshall previously alluded to the forthcoming plan in a recent foreword for accounting firm BDO’s August Business Survey, saying “we want to give all possible support to our businesses to achieve an annual three percent economic growth rate… so we have to do things differently”.

“We will soon roll out ‘Growth State: our Plan for Prosperity’ [which] will provide a new framework for economic development, clearly articulating more than 80 regulatory and policy actions my Government commits to implement,” he wrote at the time.