The already twice-revised Bill, which cracks down on aggregation provisions in a bid to raise around $86 million a year while returning cash to taxpayers via increased thresholds and reduced rates, will progress to the Legislative Council when parliament resumes next week.

The Labor Opposition has declared it will vote against it, with SA Best also lining up against the legislation in its current form – despite Lucas last week making eleventh-hour changes to the threshold at which the top rate of 2.4 per cent kicked in to appease the state’s Property Council, which had long criticised the Bill’s aggregation provisions.

But with the Greens supporting the changes, the Marshall Government only needs to convince Advance SA crossbencher John Darley to back the Bill to get the land tax changes through parliament.

Darley has long stated that he opposed the legislation and would block it if Labor opted to vote against it.

However, InDaily can reveal he has been lobbied personally by the Treasurer on multiple occasions this week, during which Lucas offered to make further revisions to the proposed land tax changes.

Darley confirmed Lucas had offered further concessions during discussions, declining to specify what they were.

However, it’s understood Lucas is still unwavering in his intention to retain his aggregation crackdown – a budget measure that will return more than $80 million a year to Treasury.

But some opponents of the Bill in its current form have told InDaily they’d support a further increase in the threshold at which the tax kicks in – a measure that would help protect so-called ‘mum and dad’ investors.

However, Darley maintained it was “highly unlikely” he would change his position and support the Bill.

Asked if Lucas had offered anything that would swing his vote, he replied: “Not at this stage, no.”

“I’m just listening to what they’re saying at this moment,” he said, adding he had heard “nothing convincing”.

Lucas told InDaily “it’s correct to say I’ve had a number of conversations with John in recent times”.

He said they had “canvassed a range of issues [but] at this stage we understand his public position is quite clear… if the Labor Party vote against the Bill, he’ll kill it”.

Asked if he had offered to further water down the legislation, he said: “John has said that, I’ve not said that… I’m not confirming the nature of any private discussion I’ve had with John.”

“I’ve indicated they’d be private discussions between the two of us [but] I’m not going to dispute what he’s said,” he added. 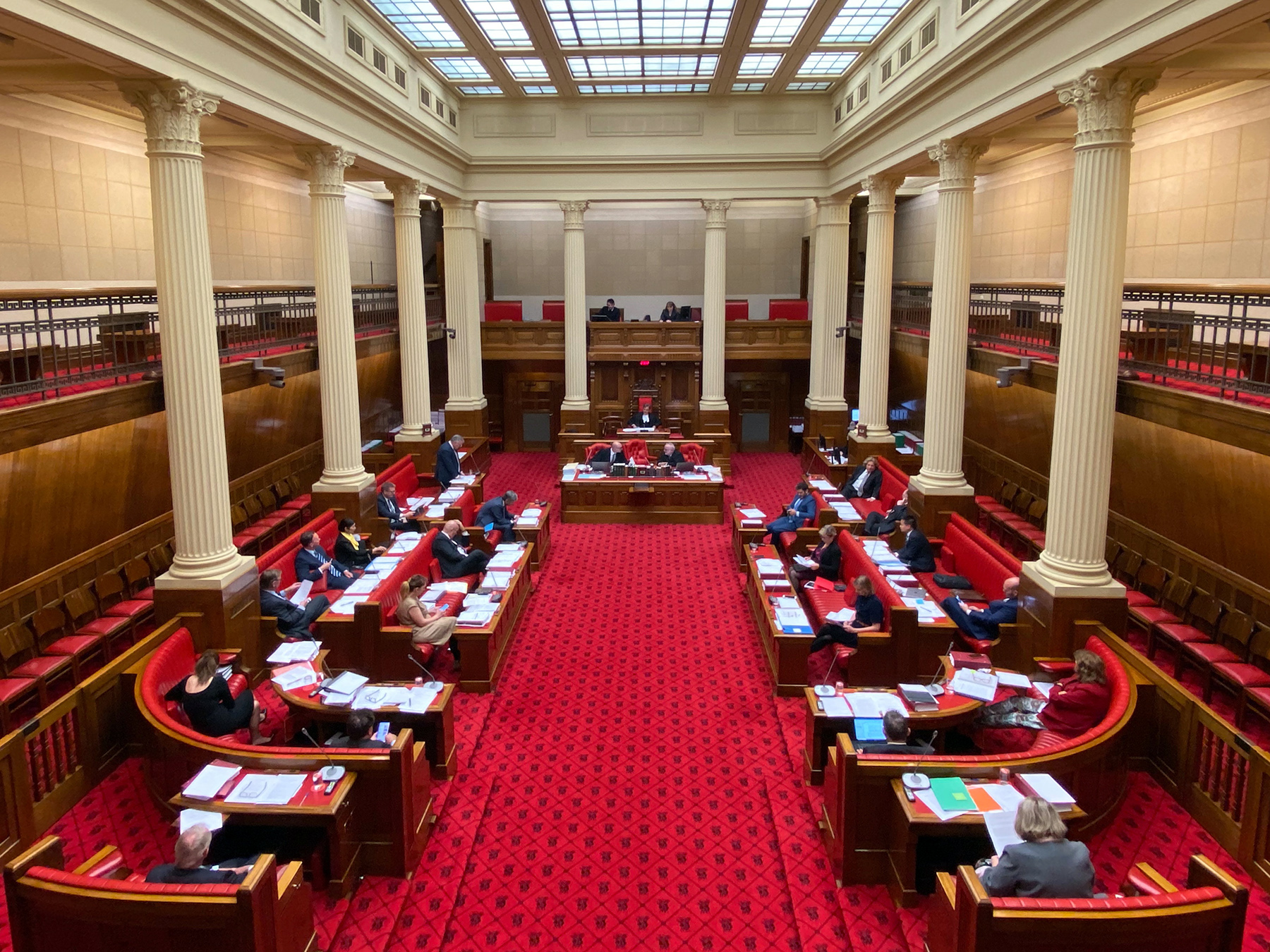 Lucas has not spoken to either of the SA Best MLCs Connie Bonaros or Frank Pangallo this week, but emphasised it was “not through lack of trying”.

Pangallo said while he hadn’t spoken to the Government since a conversation with Premier Steven Marshall last week, he had been approached by Liberal powerbroker turned lobbyist Christopher Pyne.

“He represents a number of developers [and] would like to see the latest proposals go through,” he said.

“They think that’s better than what they had, and they don’t want to see it revert back to the status quo – that’s the line they’re coming from.”

He said he had raised with Marshall the idea of grandfathering the aggregation reforms but was told it was “too complex to do that”.

“That’s where we are at the moment… we need to wait and see,” he said.

“As it stands at the moment, we’re standing firm with Labor and Darley, and Darley has indicated he’ll vote it down… but we’ll wait and see what comes back next week.”

If the legislation fails to pass it will be the latest in a string of keynote Liberal policy items struck down by the Upper House, after moves to deregulate shop trading hours and cap council rates were similarly frustrated.