Independent Commissioner Against Corruption Bruce Lander today fronted media for the release of a new report from his office, Looking Back, which discusses the state of public administration in South Australia.

That report stipulates that while there is not “systemic corruption” in the SA bureaucracy, the state “does have a public administration that is plagued by maladministration and very poor conduct, both of which foster environments that make individual corruption possible and in some instances make it extremely difficult to detect corruption”.

It also raised concerns about the way conflicts of interest are managed, and a cultural aversion to reporting suspected maladministration or corruption, largely due to a “fear of victimisation as a consequence of reporting”.

Asked whether he could name any particular department that stood out as an example of fostering widespread maladministration, Lander volunteered SA Health, which he said was “over-represented in the number of reports that are made and investigations that have been carried out”.

“Our experience would be the Department of Health is riddled with maladministration, and has been during the course of [this] office,” he told media.

“The extent of maladministration in Health is interfering with our ability to investigate corruption in Health.”

I’m very confident there is [corruption]

He said he was “very confident” there was also corruption within the agency, but that it was difficult to ascertain because of poor record-keeping and  reporting processes, which he cited as a key reason for the malaise.

“It’s a matter of significant concern, and should be for the public in SA that we have maladministration of that kind, because it will interfere with proper governance and make corruption more difficult to detect,” he said.

The ICAC Commissioner’s comments come three weeks after Stewart Johnston, a former Oakden whistleblower, quit his role on an SA Health steering committee to oversee a trial of CCTV cameras in nursing homes, complaining of “a culture in that bureaucracy that’s choking the state”.

Lander said he was aware of Johnston’s views, saying: “Some of his concerns are valid, I think.”

He said he believed there was “a significant waste of public resources at the Department of Health”. 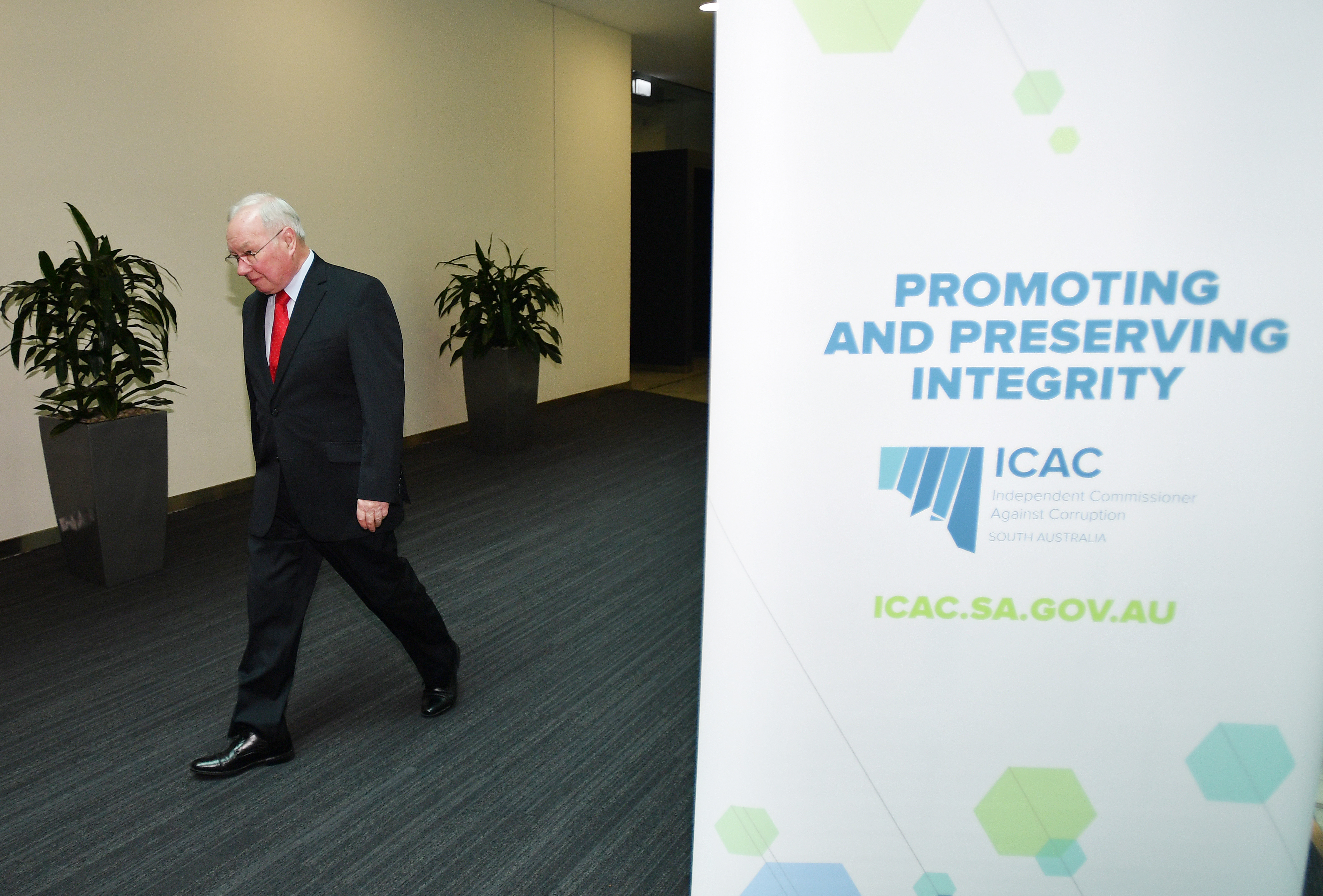 He conceded this was being partly addressed by the appointment of KordaMentha to oversee the administration of the Central Adelaide Local Health Network – although that appointment has itself been questioned in a separate report released yesterday by the Auditor-General.

But Lander insisted “further steps need to be taken, across all local health networks”.

“I think they’ve got to identify more precisely the arrangements for contractors and clinicians,” he said, noting that he was aware of “inappropriate” arrangements with some contractors that were “too advantageous” to outside agents dealing with the bureaucracy.

Further, he added, “particular clinicians shouldn’t be given advantages other clinicians don’t have just because that clinician is seen to be more important in the scheme of things”.

“There’s too much of a ‘that’s the way we’ve always done it’ attitude in some departments – and Health is one of those,” he said.

He said within the sprawling bureaucracy it was “sometimes difficult to discern who has responsibility for various decisions”, but that could be addressed by better reporting processes.

But he lamented that he had “investigated a number of matters in the Department of Health where the allegation has been corruption” but which could not be verified because “the record keeping within Health is so bad or the arrangements are so vague”.

He said it was “frustrating” that he couldn’t ascertain whether there were simply poor contracting arrangements or “whether the employees are taking inappropriate advantage”.

Asked whether he believed there was corruption within the agency, he said: “I’m very confident there is.”

“We’ve talked about it on a number of occasions, as to what could be done about it.”

Lander said he had “considered exercising my powers under the [ICAC] act to evaluate processes and procedures” within the agency, as he had done previously with Safework SA, but “it would be an enormous job to do it with Health, and I just don’t have sufficient resources”.

“It would need significant resources – a significant number of lawyers, the assistance of some clinicians and admin staff… and I haven’t got the resources to do it,” he said.

Health Minister Stephen Wade told reporters this afternoon he “trusted the professional judgement” of Lander and would welcome a broader inquiry but handballed responsibility for funding it.