Andrew Richardson raised a series of concerns about the processes SA Health used to appoint the corporate liquidator and restructure specialists to oversee the finances and improve the clinical outcomes of the Central Adelaide Local Health Network.

Late last year, SA Health announced it would appoint KordaMentha consultants to key executive positions overseeing CALHN – which runs the Royal Adelaide Hospital and the Queen Elizabeth Hospital – as part of a plan to save $276 million over three years.

The report documents what began as a 12-week, $800,000 consultancy procured by direct negotiation, and ballooned into a project costing more than $20 million over 15 months.

It said SA Health should have undertaken comprehensive market research to support its view that no other company had the capability and experience to meet the needs of the project – which aimed to turn around the parlous financial situation at CALHN and to improve clinical outcomes, including reducing waiting times and complications.

The project was initially intended to give CALHN staff new skills, but “depending on the level of skills transfer from (consultant) experts to CALHN employees in the initial stages, and the complexity of the solutions suggested, another phase of outsourced services may be required”.

KordaMentha was first commissioned in August last year, by direct negotiation, to undertake diagnostics – phase one – and develop and an implementation plan – phase two – over 12 weeks, later extended to 19 weeks.

When it came to commissioning a corporate partner in late 2018, for the crucial phase three of the plan – implementation, over three years, costing more than $20 million – SA Health released an expressions of interest limited to just 10 days, and did not provide KordaMentha’s implementation plan to the market.

“The response period of 10 days – seven business days – for the EOI was less than the default minimum period of 30 days for free trade agreements,” Richardson’s report reads.

“The acquisition plan discussed urgency as a reason for the short time frames but did not demonstrate how SA Health’s market approach complied with the State’s international obligations.

“A state of urgency should only be used as a rationale to reduce time frames below 30 days where documented evidence-based analysis supports that a 30-day time frame is impractical.”

SA Health defended the short time frame by arguing its urgency: every week, CALHN was losing about $5 million, it had told the Auditor-General.

Moreover, CALHN had “already used a number of the other large consulting companies to address its budgetary shortfall in the past (and) none of them had been able to achieve any significant and lasting change to its financial performance”.

Richardson’s report said SA Health also failed to adequately manage the advantage of KordaMentha’s incumbency on the project, having worked on phases one and two.

These advantages included the costs of switching to another provider, “which may act as a disincentive from moving away from the incumbent” and the risk of potential conflicting interest, “where the party providing advice could stand to benefit significantly from the advice given through continuing engagements”.

“We consider CALHN and (SA Health’s) procurement approach … should have better managed KordaMentha’s inherent advantage as the incumbent consultant for the previous phases,” the report said.

It said SA Health did not prepare a probity plan for phase three, because it assessed the procurement risk to be “moderate”.

But according to the Auditor-General, “the procurement was high value and risky because of the complexity of the services being procured and the fact that there was an incumbent supplier who has a role in the prior phases”.

SA Health did appoint a probity advisor, but the advisor’s remit was limited to after the expressions of interest process had begun.

“The probity advisor’s limited engagement period meant that they did not cover some important procurement processes including establishing the procurement approach, providing uniform information and direct negotiations,” the report said.

The Auditor-General’s report also found that KordaMentha started work for two of the contractual arrangements before contracts were finalised.

“Any period without a formal instrument of agreement potentially impacts on SA Health’s ability to manage contractual obligations and conditions, including price,” it warned.

“We raised similar concerns in our review of contracting for the Transforming Health implementation partner.

“SA Health responded that it would remind staff to ensure contracts are executed appropriately.”

Opposition Health spokesperson Chris Picton said his party had referred the KordaMentha procurement to the Auditor-General because “it appeared the Government didn’t follow its own procurement processes”.

“This deal was a great deal for the KordaMentha corporate liquidators being paid $6000 a day, but awful news for patients suffering record ramping in our hospital system,” said Picton.

“All the talk before the contract of saving money from waste, has now been replaced by brutal cuts to doctors, nurses and hospital beds. 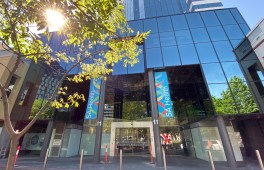 “The Auditor General also revealed that Health overspent its budget by $478 million in 18/19, showing that KordaMentha has been a failure.”

Since early September, SA Health has announced voluntary redundancy packages for staff in central and northern Adelaide, and a reduction of 60 hospital beds across the state.

SA Health justified the latter measure by saying that demand for hospital services was forecast to decrease as the winter peak period subsided.