A further eight beds will close at the Hampstead Rehabilitation Centre, and four at Semaphore South’s St Margaret’s Hospital.

Central Adelaide Local Health Network CEO Lesley Dwyer said in a press release this morning that the beds were being “put on standby” due to lower forecast demand following a busy winter and “to bring bed capacity into line with nationally-accepted best practice levels”.

“In hospitals everywhere, there needs to be capacity to allow the system to go up and down and keep pace with predicted seasonal demand, short-term activity surges and population growth,” Dwyer said.

“Particularly for the Royal Adelaide Hospital, we need to re-establish a standby bed approach that has never been fully implemented since the new hospital opened. As a major referral hospital, it is critical that we adopt this approach.

“Our activity forecast indicates the winter peak will ease during October and November, and we have already begun putting beds on standby, which means they will only be staffed if there is a surge of activity that requires additional beds.”

But the nurses union said it had confirmed that a 16 bed ward would close on November 7, and slammed the decision being “disguised as routine seasonal responses”.

“We are being informed that there are no plans to re-open the beds following Christmas,” said Australian Nursing and Midwifery Federation SA head Elizabeth Dabars.

“This is further compounded by the fact that staffing levels will be reduced, and nurses’ contracts not renewed in the New Year making it difficult to reopen beds quickly if needed.”

“Every day, we are hearing about patient flow issues creating havoc and here we have 60 beds being closed. We have to wonder whether the Minister is more interested in the safety of our community or saving money” she said.

Dwyer said it wasn’t sustainable to run hospitals at 100 per cent at all times, with no reserves for surges in demand.

The hospital generally operated most days at 98 per cent capacity, rising to an average 101 per cent during the winter period from June to September in both 2018/19.

“Improved activity forecasting, which was 98 per cent accurate for the July-September period, has assisted us to determine the most appropriate areas for standby beds, which is also supported by our range of innovative new programs that are avoiding unnecessary hospital admissions,” Dwyer said.

“Staffing plans will be adjusted to ensure the changes can be safely maintained, and we are encouraging our hardworking staff who haven’t been able to take leave to think about taking the opportunity now.”

“This will pour petrol on the fire of the hospital ramping crisis that thousands of patients have been impacted by this year,” he said.

“This massive bed closure could not come at a worse time – with ambulance ramping at record levels, and more than double the rate at the last election.

“The combination of closing wards, while cutting doctors and nurses will lead to a permanent reduction in our public hospital capacity.”

Meanwhile, SA Health has announced a new round of voluntary separation packages, this time for medical staff across northern Adelaide.

“Some staff have also asked about the possibility of voluntary separation packages,” the newsletter reads. 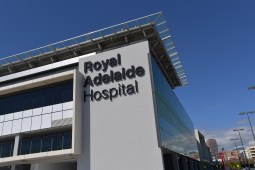 “Once we have discussed the proposal further with our stakeholders, it’s intended that a formal call for expressions of interest from ongoing staff interested in taking a voluntary separation package will be circulated.

“Eligibility criteria will be advised at that time. It is emphasised that separation packages would be voluntary.”

It comes after SA Health offered redundancies to workers in hospitals across central Adelaide – including the Royal Adelaide Hospital, Queen Elizabeth Hospital and Women’s and Children’s Hospital – last month.