Sansbury, who also had Kaurna and Wirangu heritage, died at home after a 15-month battle with non-Hodgkin’s lymphoma.

The prominent activist was born and raised on the Yorke Peninsula and dedicated over 30 years to advocating for the rights of Aboriginal Australians.

In 2015 he received a NAIDOC Lifetime Achievement Award for overcoming significant disadvantage and minimal education to rise as a champion for Indigenous justice and youth.

Sansbury played a key negotiating role during the former State Government’s treaty process, helping to secure the Buthera Agreement – the only treaty agreement made between an Aboriginal nation and a level of government in Australia.

He was also involved in the Royal Commission into Aboriginal Deaths in Custody, led national and state Aboriginal justice advisory committees and was a former chair and director of SA Native Title Services.

In a statement from his family, Sansbury was described as a “courageous leader and advocate who fought relentlessly and fearlessly for social justice for Aboriginal people in all areas of life”.

“He was a recognised leader and Elder; he spoke truth to power at times when others felt they were unable to,” his family said.

“Tauto was a true voice for the voiceless.”

“He was a great man and an irreplaceable warrior and advocate for social justice.” 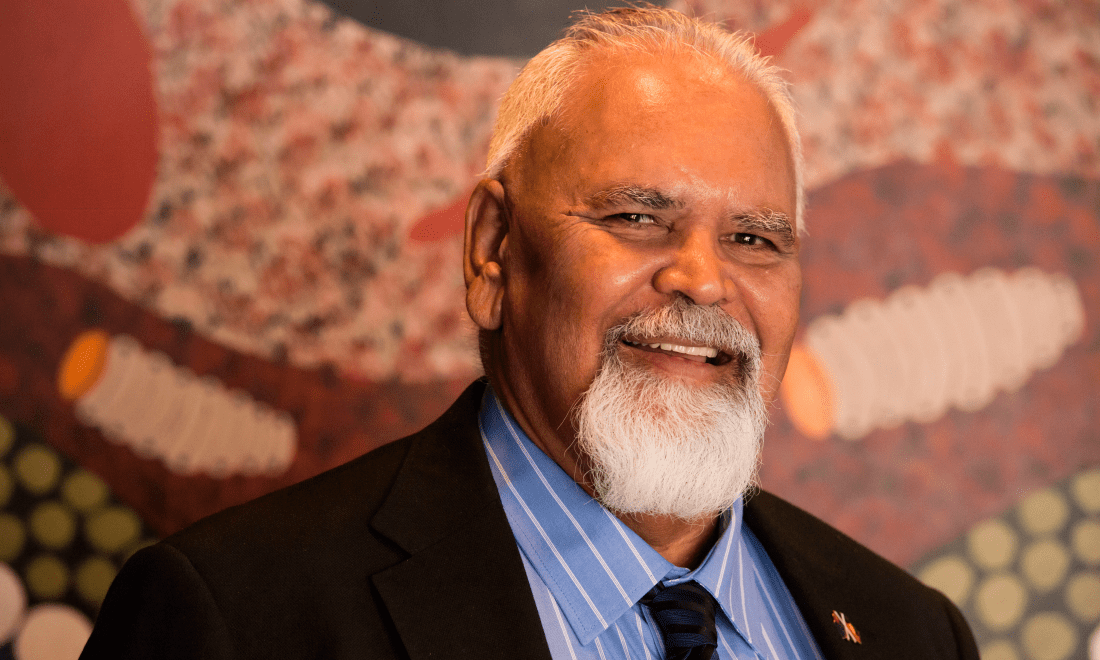 In his last social media post published in August, Sansbury called on Aboriginal people to form their own political party.

“I’ve been a fighter for justice for Aboriginal people all my life and while I have been fighting a big personal battle against blood cancer this past 12 months, I have had more time than I would have liked to reflect on the current situation for Aboriginal people in Australia,” he wrote.

“The removal of our children, the catastrophic suicide rate, the homelessness and incarceration, the poor health outcomes and many more issues you know of that affect us every day of our lives. The stats are there in the public domain for all to see.

“I would say there are millions of non-Aboriginal Australians who are disillusioned with the chaos, self-interest and downright cruelty of mainstream Australian politics today.

“The discussion needs to start. And then it needs to continue until it bears fruit.”

In a statement, Premier Steven Marshall said Sansbury was a “very strong and effective advocate for Aboriginal people in South Australia”.

“On occasions Tauto and I did not agree but I was never in doubt about the sincerity of his point of view, and I always considered him a friend,” he said.

“His passing is a great loss for the state.

“I express my condolences to Tauto’s family, the Narungga people and the wider Aboriginal community for the loss of a true champion of their interests.”

Opposition Aboriginal Affairs spokesperson Kyam Maher described Sansbury in a social media post as one of South Australia’s “most passionate and respected elders”.

“Among many changes for good, the Buthera Agreement stands as a legacy of his work and commitment to bettering the lives of his people,” he said.

Sansbury’s partner of 12 years, Grace Nelligan, told ABC News Sansbury had outlined his wishes for his funeral, with details to be made public once finalised.

“He was one of a kind, he’s irreplaceable, and I would love to hope that there are some young strong Aboriginal people waiting in the wings to take over the mantle from him,” she said.