According to the most recent Australian Bureau of Statistics data, reported incidents of kidnappings were on the decline; there were 537 reported national cases in 2016, compared to 483 in 2017 and 441 in 2018.

InDaily asked SA Police if child abduction was for a problem for the state. It said no.

But kickboxing gym owner and coach Darren Gangell believes children as young as five should know how to defend themselves from abduction and assault.

He said the informal training he received as a child was what helped him escape from a predator in the late 1960s, when he was roughly eight.

“I only knew I had a chance to escape from what I learnt from a cop,” said Gangell.

He and a friend were playing hand tennis in a schoolyard when the friend disappeared.

“The person I was playing with went to get the ball on the other side of the canteen and didn’t come back, and I thought it was a bit strange and a bit weird so I went around [to where she was].”

“She was there with a gentleman… things started to happen.

“I was dragged into a very dark area and he had my hand in a real hard grip.

“But I was fortunate because I learnt something from a female cop – my father was in the police force – and she taught me some moves when I was a young lad, on my front lawn.

“When the stranger grabbed me and pulled me back I had a chance to escape, and I only knew I had my chance from what I learnt from that cop.

“That’s what inspired me to continually teach this sort of thing.”

The gym offers specific anti-abduction training, incorporated in its martial arts and self-defence courses, for children to resist attempted assault or abduction.

“We’re giving kids with techniques to protect themselves, but we’re trying to make them aware of the different situations all the time… to make sure they can react.

Gangell says training begins with teaching children to be alert and aware of their surroundings and to not go into shock.

Instead, they should exercise physical manoeuvres like the “koala grip”.

“We teach the kids to latch onto the perpetrator’s legs like a koala… You can’t get that child off if they’re gripping hard enough,” he said.

“Also, naturally if a kid goes into that vehicle the best thing they can do is go straight to the steering wheel.

“It doesn’t matter what age it is – they go to the steering wheel and they grip onto it like a koala.”

While Gangell said it’s important for kids to have the ability to thwart attacks, he said most responsibility lays with parents. 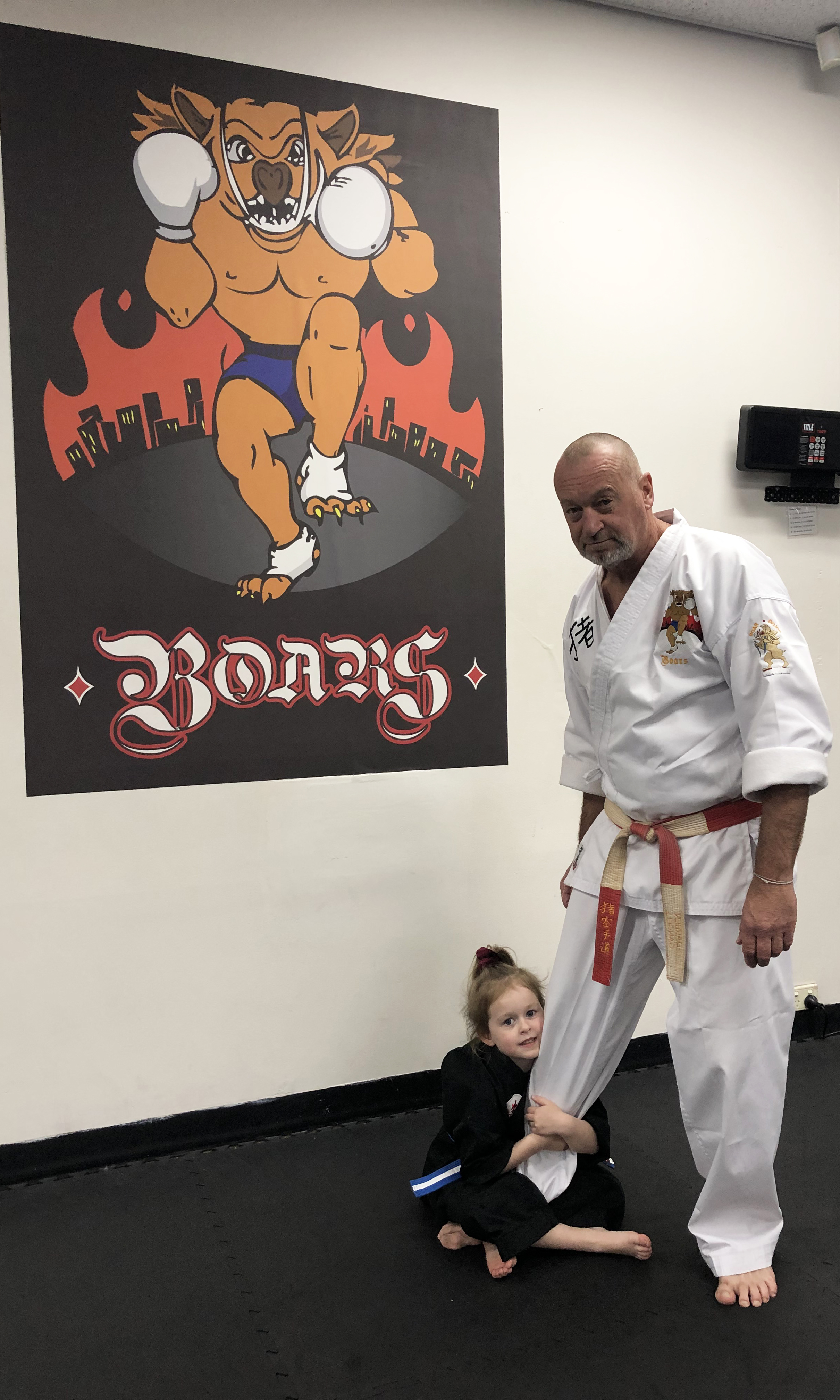 Darren Gangell and his granddaughter, who is demonstrating the koala grip. Photo: supplied

“It’s okay for us to be teaching the kids anti-abduction and preparing the child, but really, parents need to be prepared as well so they can protect their children and themselves in different situations,” he said.

After he physically escaped his own personal abduction he said he “ran back down the alleyway, screaming to get my parents”.

A 1988 report published by the Australian Government’s Australian institute of Criminology said: “Parents need to be continually aware concerning their child’s development, well-being and safety.”

But the report said it may be also helpful for parents to compile identification files of their children in case they go missing. Contents can include name and address, physical description, “a lock of hair”, “a foot print”, “sample of handwriting”, “tape recording of a child’s voice” and other documents.

Tracey* has sent her son to Gangell for four years, where he trains in karate.

He was six-years-old when he started his anti-abduction training, and Tracey said she sought out Boars specifically for this purpose.

“I certainly don’t live in a doomsday thought process that it’s going to eventually happen, but I would like to think that I’ve given Jake* enough life skills for him to be able to remove himself from a situation and get help,” she said.

Tracey added that her son isn’t fearful, but she would like him to be.

“Sometimes I think he is very trusting,” she said.

“I don’t want him a worried about whether it (abduction) could happen, but I wanted him to be subconsciously aware if something did happen and that he would have some knowledge about what to do.”

SAPOL said children who felt threatened should: “Trust your instincts and leave the area immediately.”

“Yell for help and make a lot of noise to draw attention to you. Make a note of the person or vehicle registration number. Seek refuge somewhere safe and immediately call police.”

“They may go home and speak to their parents about it, but I would say most of the time no,” he said.

“We make sure the kids felt confident in what they’re doing.”

“We just want to teach the child not go be in those situations where they may be sexually assaulted.”

If you need to contact the police for fear of abduction call the emergency phone number Triple Zero (000).

*Names have been changed.