But when contacted by InDaily, Speirs insisted the proposed changes to land tax aggregation – a budget measure billed as “closing a loophole for owners of multiple parcels of land” – would not affect him as he didn’t own the land through trusts or businesses.

“It won’t change in any way, negatively or positively,” he said of his likely land tax impost from the changes.

He said while he did have a trust, “it’s got nothing in it”.

However, he said he wasn’t subject to land tax on the full aggregated value of the declared property portfolio because “I don’t necessarily own those in the same names”.

“Some of those properties I’ve owned for a long time, which are just in my name, and others are with my partner,” he said.

“That obviously changes the land tax, because you aggregate against yourself, and you and your spouse [separately].”

He said he didn’t declare any conflict during cabinet discussion “because I knew I didn’t have any trusts or companies that were active in terms of holding property [so]I knew it didn’t affect me”.

“It’s limited to trusts,” he insisted.

But Treasurer Rob Lucas suggested otherwise, telling InDaily under the changes he was proposing partners and spouses who owned joint investment portfolios as well as individual investments would face a revised aggregation regime.

“What would potentially be the model is that the three separate aggregations [husband, wife and joint ownership] would become two aggregations, so if an investment property is jointly owned by married couple, under the new arrangements half of that would go into the husband’s pile and half would go into the wife’s group of aggregated properties,” he explained.

“That’s what occurs in the other states, and that’s likely to be the circumstances [here] – it follows the ownership and you get aggregated according to your ownership share.

“That’s the model we’ll be looking at consulting on.”

The revelation – which is not detailed in the budget papers – broadens the scope of those affected by the looming changes, which have already prompted a fierce backlash from the Liberal backbench and interest groups.

It also calls into question how acutely the Marshall cabinet understands the reach of the proposed reforms.

InDaily attempted to again contact Speirs – who is a member of the Government’s Budget Cabinet Committee – asking whether he was aware that properties held by spouses would be subject to a different aggregation regime under the planned changes, and whether he maintained the changes would not affect him.

He did not respond today. 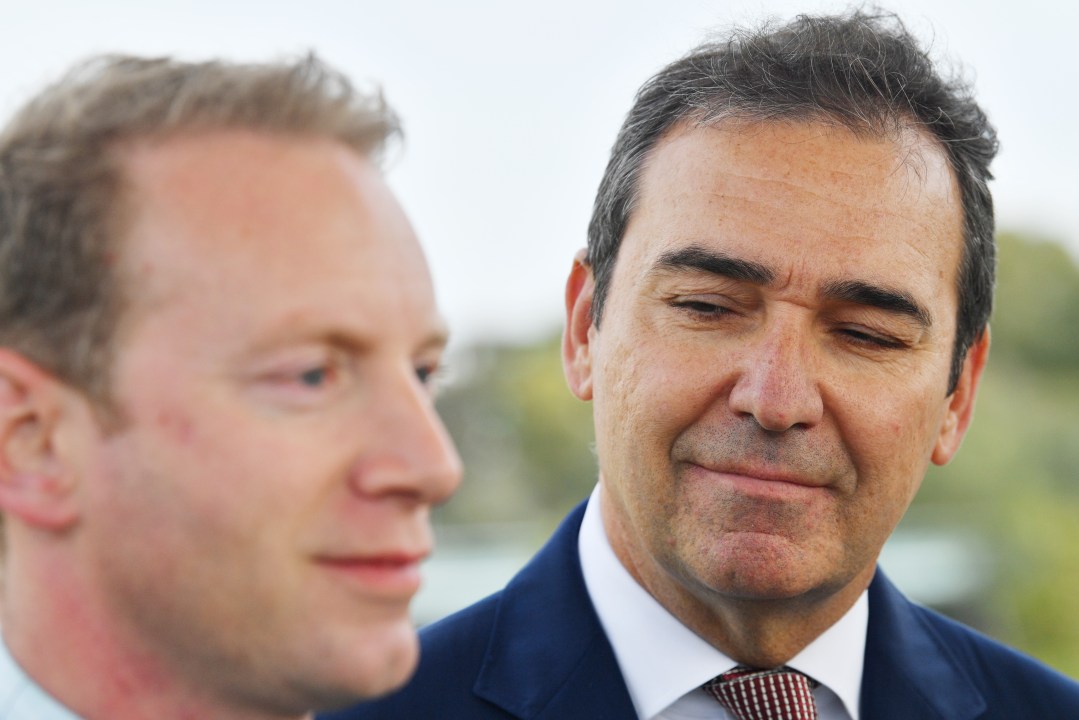 InDaily asked Van Holst Pellekaan whether he expected to pay more land tax under the Government crackdown and, if so, whether he would consider selling property.

After publication, he responded: “I’ve fully disclosed my financial interests on the register and, as always, will pay whatever tax is due from me.”

Asked whether he supported the proposed changes to land tax aggregation, Speirs said: “As a member of the cabinet, I’m quite supportive of the change and I’m supportive of our overall aim to reduce land tax across the board, which is the policy direction of the government.”

But opposition to the changes shows no sign of abating, with Adelaide City Council last night voting in support of a motion put forward by Liberals Arman Abrahimzadeh, Houssam Abiad and Alexander Hyde – revealed by InDaily last week – calling on Lord Mayor Sandy Verschoor to write to Premier Steven Marshall requesting that the Government reconsider the land tax reforms.

Abrahimzadeh described the measure as “the third nail in the coffin” – alongside the Valuer-General’s ongoing land revaluation and a foreign investors’ tax brought in by the former Labor government – that would lead to a “mass exodus of investment in the city”.

“We’ve always spoken about the City of Adelaide being an affordable jurisdiction,” he said.

“Changes to this tax will obviously change that at a time when we have a rising vacancy rate.”

But the proposal drew backlash from elected members on the minority faction of the council, who claimed it was an indication that Team Adelaide – of which Abrahimzadeh, Abiad and Hyde are members – “only act for wealthy investors and big business”.

Robert Simms described the reforms as “a sensible and equitable measure that closes loopholes in our taxation system”.

“Every other state has these kinds of measures in place… I don’t know what we’re going to do if we create some sort of environment where people dodge their tax obligations,” he said.

Fellow minority faction affiliate and self-described “Liberal sympathiser” Anne Moran also spoke in favour of the tax reforms, saying they would not impact everyday “mums and dads” but “multiple landholders who have been paying little land-tax”.

“I would urge the team in their own personal, private life to write to Mr Lucas,” she said.

“I don’t want this going anywhere with my name on it.”

Verschoor said she would include the names of councillors who opposed the motion – including Simms, Moran, Phil Martin and Helen Donovan – in her letter to Marshall.

She added that she would also highlight what she described as the “incredibly huge impact” that the Valuer-General’s land revaluation would have on local government rates and levies.

“Combined, that is actually going to have one massive slug on anybody that actually owns investment properties,” she said.