The $40 million Nile Street premises have been a headache for the Marshall administration, which initially shelved plans by the former Labor government to relocate bureaucrats into the new digs – leaving several floors vacant for months – before reneging and shifting hundreds of Treasury staff, leaving their former offices in the city vacant instead.

The final office floors were only occupied earlier this year, but figures requested by InDaily show the new tenants are already racking up tens of thousands of dollars in car and taxi fares for city meetings and work engagements.

In the past financial year two state fleet pool vehicles were leased by Department of Treasury and Finance Staff seconded to the Port, tallying up 144 journeys in that time at a cost of around $13,000.

Total expenditure on CabCharges for agency staff over the same period totalled around $12,800.

Treasurer Rob Lucas said the extra travel costs couldn’t be helped, arguing: “We’ve said all along that it’s a dog of a deal that the former Labor government did.”

“We’ve had to force people to go down there, and there’s some inconvenience in the logic of where people should be located, and that has an inevitable cost, which I’ll happily sheet home to the former Labor government,” he said.

“We inherited this mess, and had to encourage public servants to move down to Port Adelaide to inhabit the building… a necessary part of having to do that is incurring some additional costs.”

He argued those costs were “modest”, and “much less than vacancy rental costs” would have been otherwise.

“I would have an expectation that we’d be minimising the extent of the travel costs to the extent we can,” said the Treasurer, whose recent State Budget made a virtue of curbing excessive spending.

“For a lot of them, obviously they’ve got to get back to the city for certain meetings [but] the other alternative is to, in some cases, catch buses or whatever [but] ultimately you’ve got to work out the time cost of senior public servants… that’s part of the problem that the former government didn’t think through.”

He said the previous Weatherill administration had resolved to “plonk something in the Labor heartland down there”.

But Shadow Treasurer Stephen Mullighan said Labor had already earmarked bureaucrats to shift to the Port, and the Liberals “dismantled this agreement as soon as they got into Government by pretending they were going to fill it with defence contractors instead”.

“And when that failed to materialise, after eight months they finally realised they had to go back to putting public servants in the building,” he said.

“They’ve also changed the tenant mix – there should be absolutely no reason for public servants to be travelling between the city and the Port, and that wouldn’t have been required with the tenant mix that was already in place under the former Labor government.

“The Treasurer has already cost himself millions in dead rent, and he’s now costing tens of thousands of dollars a year in taxi vouchers, because of the public servants that he’s chosen to send down to the Port.” 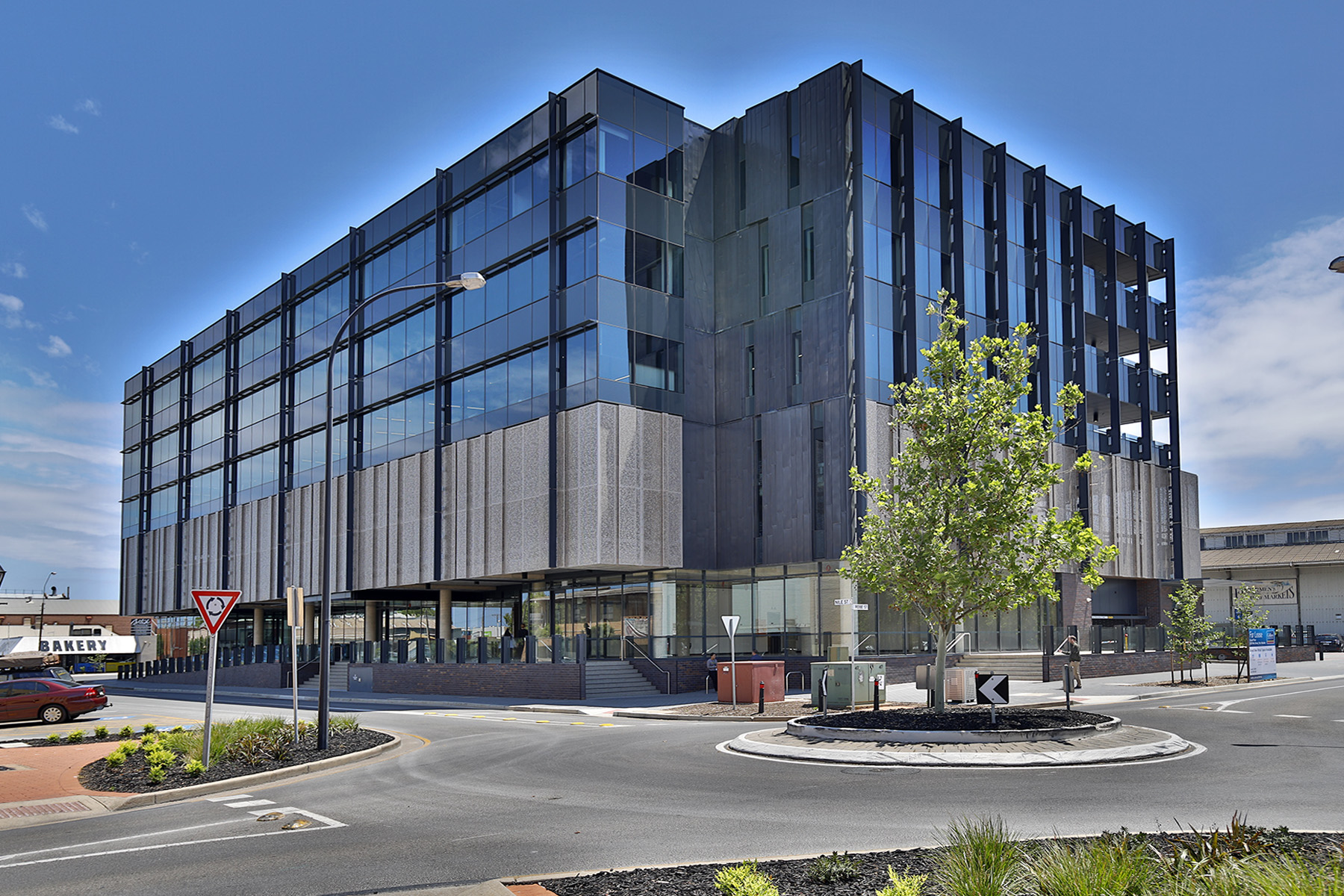 Documents released to the Opposition under Freedom of Information suggest the process for relocating bureaucrats to the Port was resolved at the time of last year’s election, but was subsequently revised by the incoming Liberal Government.

A minute from then-Department of Planning, Transport and Infrastructure executive Andrew McKeegan to minister Stephan Knoll noted that the “existing approval” was for Shared Services to occupy one floor, while Renewal SA would fill a further two.

“Due to the machinery of government changes, the Treasurer and DTF have become involved and a decision taken… that the Department for Human Services will replace Renewal SA at Port Adelaide.”

It noted that DPTI and Renewal SA had also “received unsolicited approaches from two private sector defence related companies and have taken one of those parties on an inspection of the building, but on the clear understanding that there was no approval to deviate from the government decision that the building be occupied by Public Servants.”

The minute requested “urgent direction… on the Government’s position on the occupation of the Port Adelaide development, both in terms of which public servants are to be relocated to Port Adelaide or if the Government wants to change direction by making the building available for industries with business interests in the region and expanding defence related activities”.

It wasn’t until last September that Lucas ordered around 260 Treasury staff to relocate to the Port – an exodus that wasn’t finalised until earlier this year, and which also left “seven or eight floors” of the CBD’s Westpac House vacant until the coming December.

“Whoever ended up going down there, there are always going to be people required at a series of meetings in the CBD – it’s the heartland of where things are done,” said Lucas.

“You can do a range of things by telephone – and they do – but the reality is we’re having to make the best we can do with it, whichever group went down there… the alternative was to have taxpayers paying vacancy rental costs.

“The former government, for its own reasons, did the deal – it’s not a deal I would have done. I don’t believe it’s in the best interests of taxpayers of the state.”