It was as a 10-year-old boy washing his grandfather’s 1968 HK Holden Brougham and his dad’s 1977 HZ Holden Statesman Caprice that Martin Haese’s love of classic cars was first ignited.

“I washed those cars every weekend and kept them in immaculate condition,” Haese says.

Today, the former Lord Mayor of Adelaide, now CEO of Business SA, admits he is “mildly obsessed” with classic vehicles and has been a collector for the past 20 years.

“Its top speed was probably only 70 kilometres an hour going downhill with a tailwind,” he says.

He has owned around 20 cars since then but his current collection consists of a 1967 Jaguar 420G, a 1967 Vanden Plas Princess and the favourite, the 1969 Jensen Interceptor. Haese has had the Jensen for 20 years and has no plans to sell it.

“Every year I try to do something to improve it,” he says. “It’s a long haul proposition. I am a little bit handy but I am hideously time poor so I can do a bit, but I do outsource.”

While Haese and wife Genevieve live in the city and walk everywhere, they have a “small house with a big shed” in the Adelaide Hills where they keep the cars, taking them out for weekend drives.

“It is ironic because people look at me and say: ‘You collect classic cars? I’ve never seen you drive?’,” Haese says.

“It’s true. For someone who collects classic cars, I do drive them remarkably little. When I was Lord Mayor I drove the Jensen three times a year, not often. I’m driving it a bit more now.” 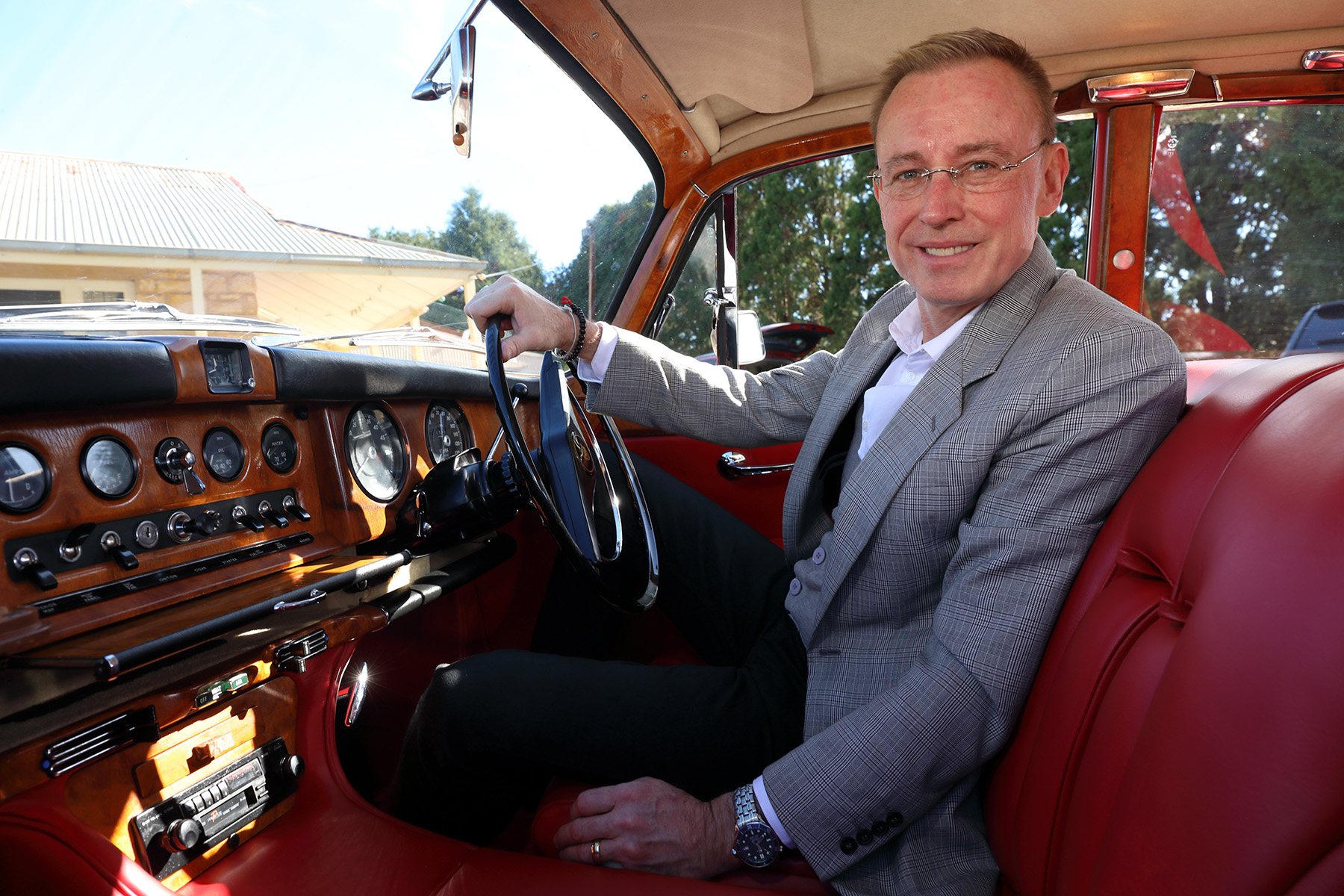 Martin Haese at the wheel of his 1967 Jaguar. Photo: Tony Lewis/InDaily

Genevieve does not share her husband’s car obsession but “puts up with it”, Haese says.

It is not the value of the vehicles that motivates Haese but the design and personal story of each car, as well as the sense of community around historic motoring.

“Cars were a little more about self-expression and possibly a little less about transport… and in those days the motor vehicle was an absolute reflection of you and your personality – that’s why there were so many quirky cars and design was really important,” he says.

“If you look at the interiors of 1960s British cars, for example, the level of workmanship is extraordinary, from the switches to the leather to the woollen carpet to the timber, everything. That was an absolute skill and collecting them is interesting and it’s great to read about the history of vehicles and vehicle manufacturers.” 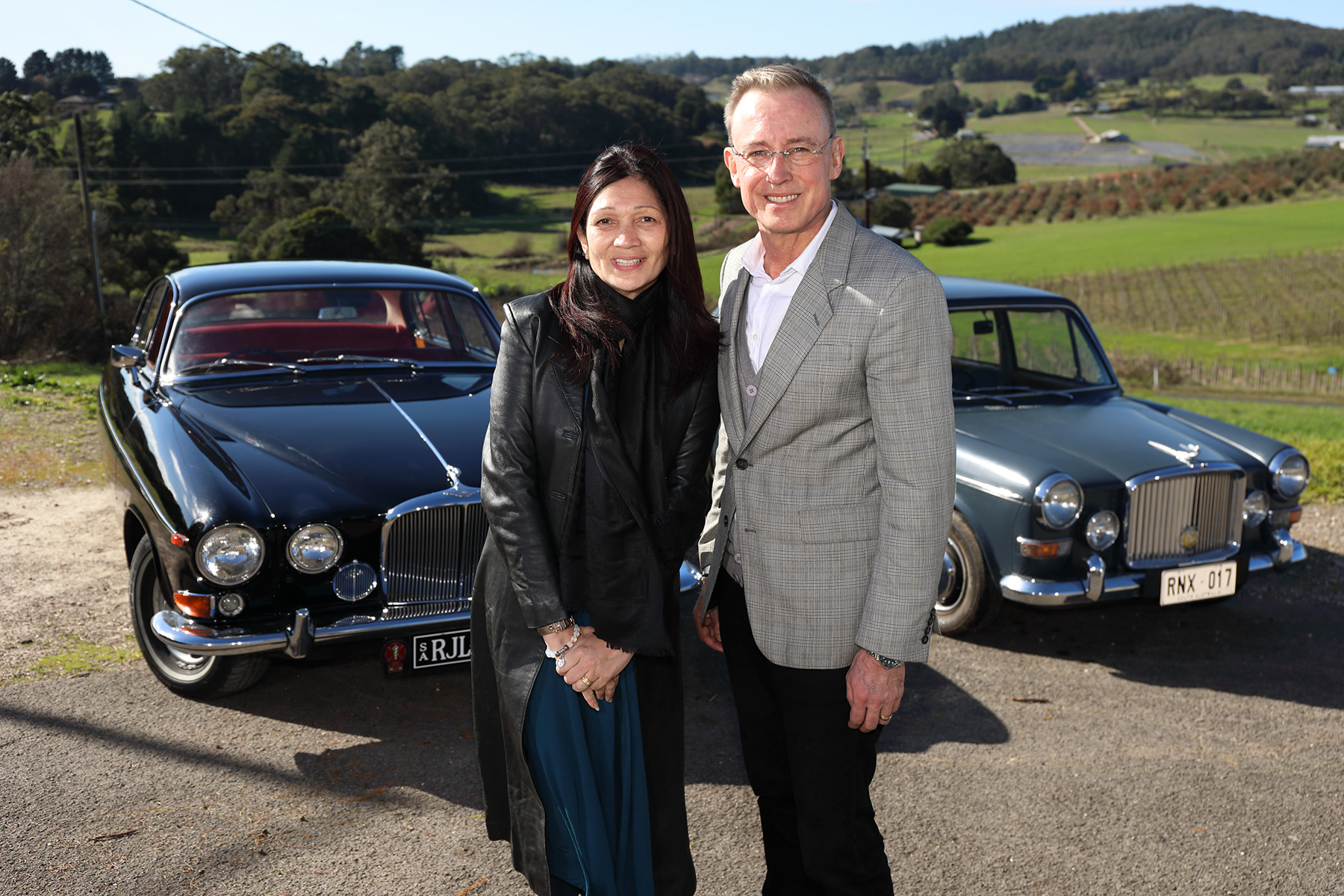 Genevieve and Martin with the 1967 Jaguar and the Vanden Plas Princess from the same year. Photo: Tony Lewis/InDaily.

Haese was chair of the Bay to Birdwood car rally from 2010 to 2013 and believes historic motoring is an untapped tourism resource in South Australia, citing the National Motor Museum as world-class.

The Bay to Birdwood is held on the last Sunday of September every year, it can attract up 50,000 spectators and 2000 entrants. This year’s event will be held on September 29.

“The unsung story about South Australia, and I often say this, is the potential of historic motoring as a driver of tourism,” he says. “It is a global movement and we’ve got this opportunity here to really stake our claim as the historic motoring capital of South East Asia. It’s a growing thing in Malaysia, Singapore, Indonesia.”

Haese says that trend can be translated into tourism dollars by giving events such as the Bay to Birdwood and the Adelaide Motorsport Festival major event status and promoting them globally. This would turn South Australia into a “mecca of historic motoring”.

The Adelaide Motorsport Festival held in December has been scaled back this year, with the cancellation of the Victoria Park Sprint event due to Government cutbacks.

“I was very disappointed to see the State Government cut the funding for the Adelaide Motorsport Festival as this event has the potential to bring in many higher net worth historic vehicle owners from interstate and overseas,” he says.

“However, the largest benefit of historic motoring is that it is a hobby and there is a strong sense of community around it.

“I can always champion it, support it and articulate the benefits of it, I’m just busy with the day job.” 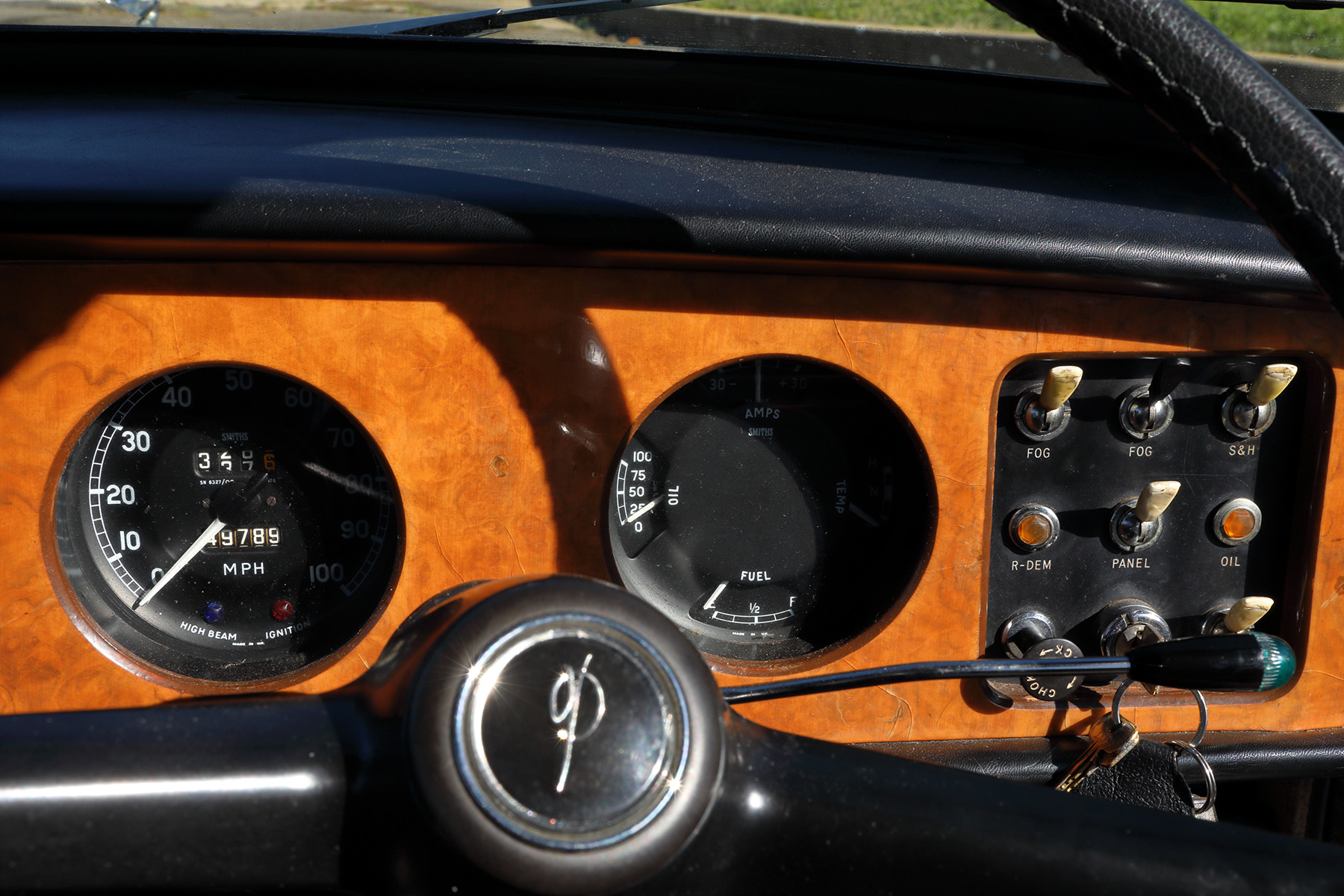 Detail from Haese’s Vanden Plas Princess: after leaving the Lord Mayorship, he says he’s found a bit more time to enjoy his vehicles.

It’s clear Haese is passionate about his classic cars, as well as South Australia’s long history of vehicle manufacturing, with the origins of Holden (Holden & Frost saddle makers) dating back to 1857.

“South Australia has more classic, vintage and veteran vehicles than anywhere in Australia and possibly anywhere in the world,” he says.

“This is because of our history of manufacturing motor cars, the dry climate and the historic vehicle registration system that is welcomed by the owners of these vehicles. There are also over 120 motoring clubs spread around South Australia.

“Historic motoring and the many clubs that support it is as much about the cars as it is the community – these clubs are very social.

“There is also a large network of highly skilled tradespeople who support the historic vehicle movement in South Australia such as mechanics, trimmers, painters, fabricators, auto-electricians, parts suppliers etc.

“They total in their thousands and there is a strong argument that the historic vehicle movement is also very good for employment in South Australia.”

Haese admits he gets emotionally attached to all of his cars and says they’re like “members of the family”. He has a constant sense of excitement about what the next great find will be.

“If I could find my father’s 1977 HZ Holden Statesman Caprice, I would do my best to buy it,” he says. 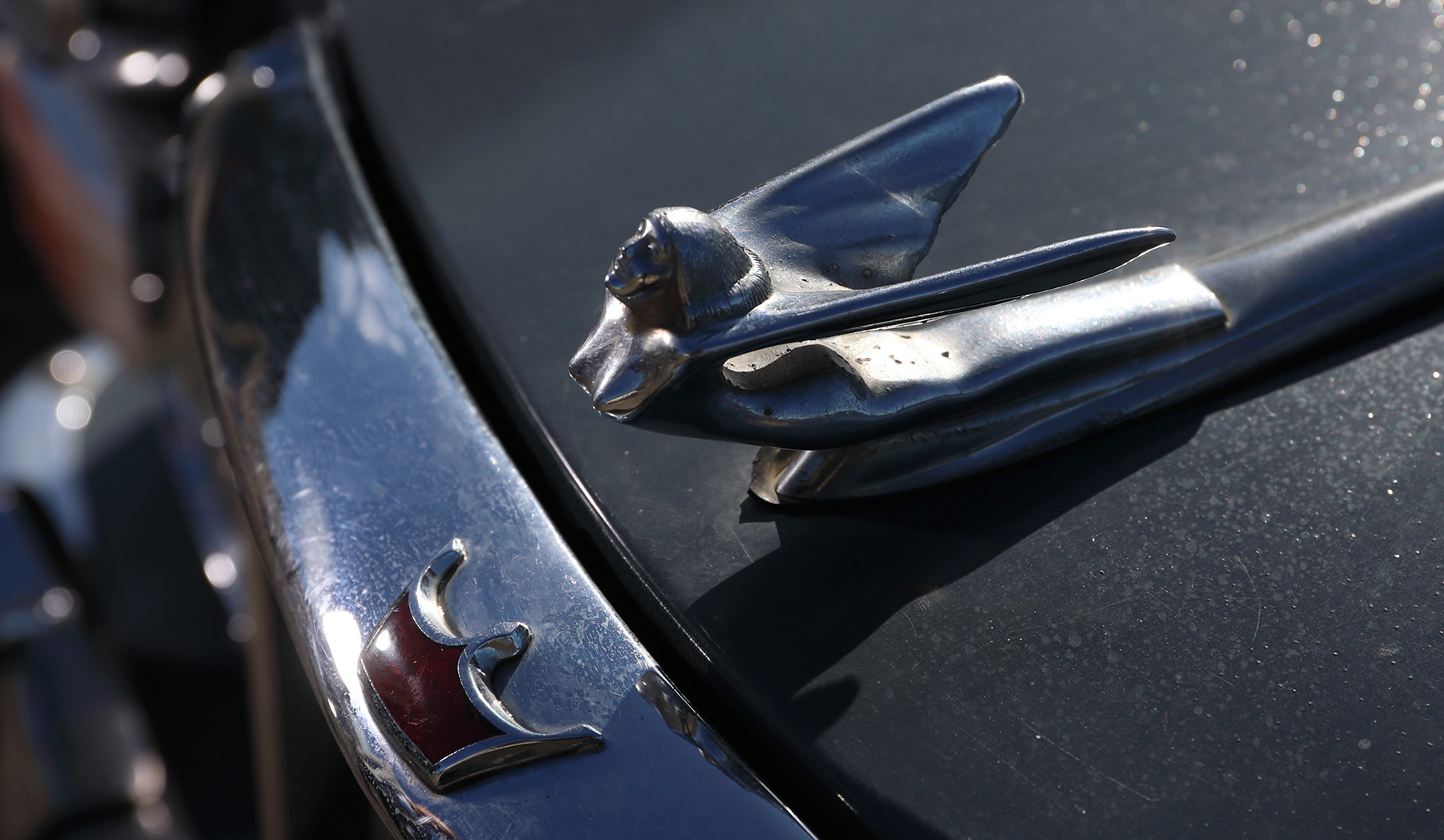