An internal council report published last year – seen by InDaily – shows in 2008-09, the city council lost an estimated $4,752,808 in rates from properties owned by universities in the CBD.

That estimate almost doubled to $7,804,713 in 2018-19, reflecting the expanding footprint of universities, including the University of South Australia and University of Adelaide, across the city.

Under the Local Government Act, universities are exempt from paying council rates, unless the land is used to provide residential accommodation.

The State Government is currently in the process of reforming the Act, with an Amendment Bill expected to be developed by early next year.

Central ward councillor Jessy Khera told InDaily he is in talks with the Adelaide City Council’s administration to identify what legislative levers the council could pull to start forcing universities to pay rates.

He said recently, universities had become increasingly “expansionist” by buying previously rateable land and subsequently making it rates exempt, causing a net loss for the council.

“The City of Adelaide council presently receives $108 million in rate revenue (and) about 80 per cent of this is paid by businesses,” Khera said.

“The current situation is that businesses who pay rates are subsidising universities, who do not.

“Why should a small deli who is paying thousands a year in rates be subsidising a monster-sized university?” 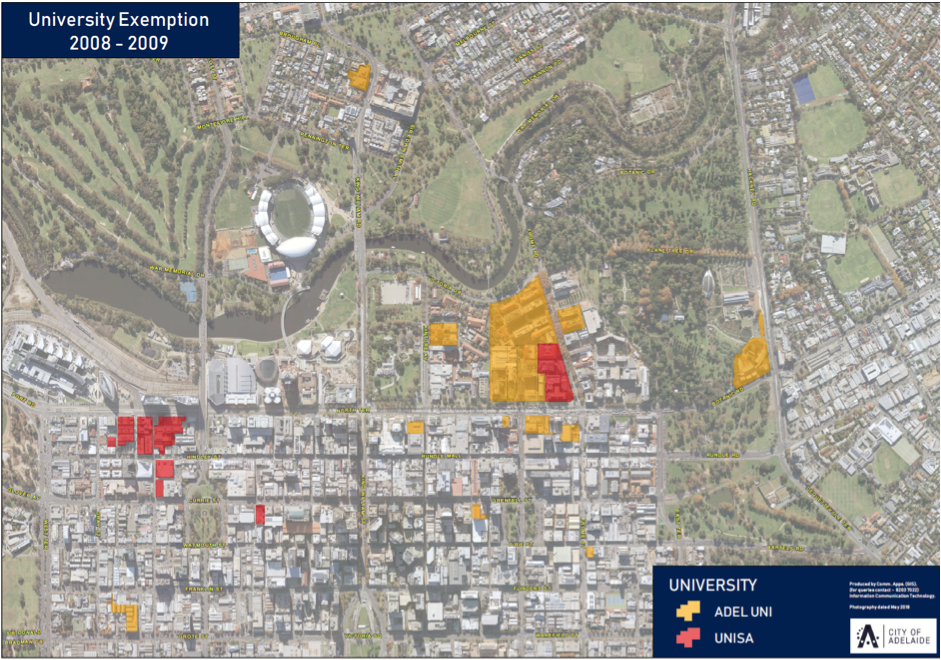 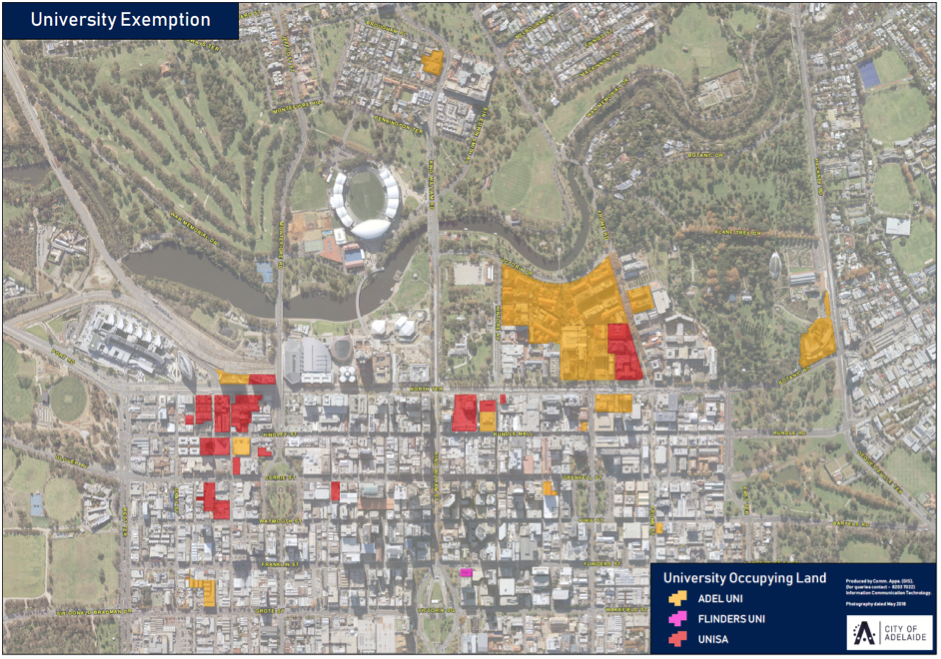 Khera said it was “without question that a great deal of good comes from universities, from research to skills training and broader education”, but he said the institutions were similarly distorting the economy by becoming “quasi-businesses”.

“Universities are now something of a Frankenstein’s monster of public subsidy and private expansionism,” he said.

“All the huge buildings you see going up in the CBD, other than apartments, tend to be university buildings.

“In the case of some of the universities in the west-end we’ve seen rateable properties become de-rated as a result of a university purchase,” he said.

“They’ve turned into a bit of a commercial operation and obviously it’s a commercial operation for educational purposes, which I support… but the fact remains that as a city we need to keep investing in the public realm to make sure that the universities and their students enjoy the streets and the nature around them, the park lands around them, and that all costs money.”

Abiad said the council could investigate developing a separate rate in the dollar for educational institutions or a sinking fund that could be invested back into the public realm.

“I think the status quo is not acceptable because as they (the universities) grow their demands will grow and unfortunately our bottom line keeps decreasing, and that’s the challenge we’re going to have as a city in managing that,” he said.

“The outcome may not be that we rate the universities a full rate, but there is a sinking fund or something where we can work with them to get that outcome.” 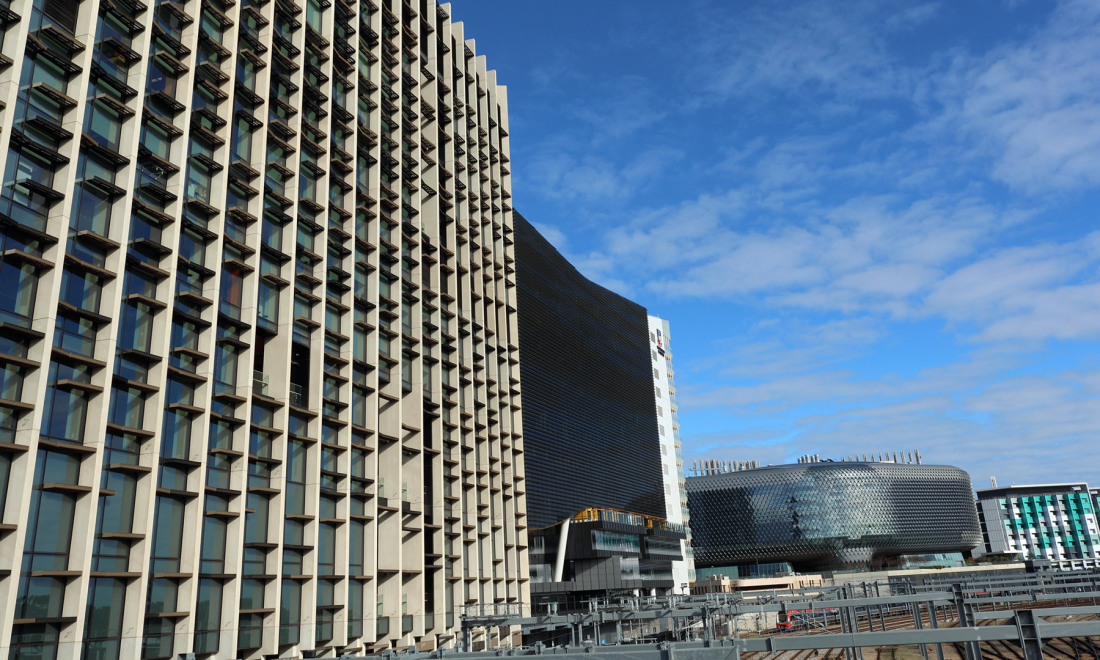 InDaily contacted Lord Mayor Sandy Verschoor for comment, but she said she was unable to speak on a proposal that was yet to be formally presented to the council.

The idea was rejected by area councillor Anne Moran, who likened it to a “punishment” on universities.

“On one hand we’re encouraging universities all over the shop and if we charged them rates that would be passed on to the students,” she said.

“I’m very cautious about it because I came on when free education was introduced and I would prefer if universities stood away from money and rates.

“I know where Jessy is coming from and I can see what he is doing but we should tread very carefully with universities – that’s our children’s future.”

But Khera claimed universities were adversely impacting young people by “selling degrees to children without any job outcomes”.

“That’s 1200 young people who will feel compelled to move interstate, where they will be unlikely to own their own home and probably end up childless and on a cocktail of anti-depressants.

“This is the cold, brutal reality of some of the degrees that universities sell to our children, and the market outcomes of unemployment and credential saturation are outcomes for which universities are not accountable.” 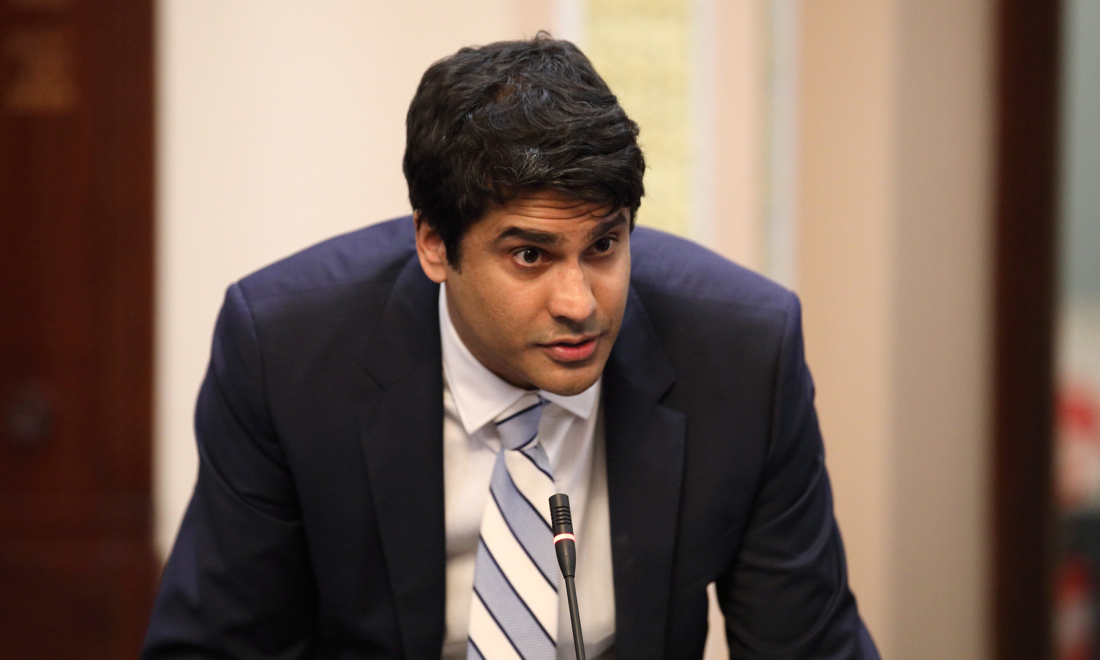 A spokesperson from the University of South Australia declined to comment.

InDaily also contacted spokespeople from the University of Adelaide and the State Government, both of whom did not respond before deadline.

The council’s acting associate director of finance, Alex Brown, said Khera had engaged in “informal discussion” with the council’s administration about the issue.

Asked how much the council could expect to recoup if it started charging universities council rates, Brown said: “This is a hypothetical question given that any change would require amendment to State Government legislation”.