A members’ ballot is set to take place over coming weeks to formalise an Australia-wide merger between the National Union of Workers and United Voice, the former Liquor, Hospitality and Miscellaneous Workers’ Union.

United Voice controls Labor’s PLUS [Progressive Left Unions and Sub-branches] faction, which together with the Right’s Labor Unity controls the vast majority of party votes.

Several Labor insiders say the merger is set to trigger generational change at the top of the union, with current acting secretary David Gray, who is filling in for longtime boss David Di Troia, widely expected to move on, possibly as soon as November.

If Gray departs, it would have major ramifications for Labor politics. The longtime convenor of the powerful Left faction, he has been one of the ALP’s most influential backroom dealers in recent years.

Several party and union sources say the SA branch of the new union, the United Workers’ Union, is expected to be run by current assistant secretary Demi Pnevmatikos.

“I think that’s the plan, that Demi would step up,” said one insider.

“The state branch of the new union won’t have a state secretary, but there’ll be national executive positions – a national president and secretary and four assistant secretaries.”

Pnevmatikos, whose mother Irene won a Labor seat in the Upper House at last year’s state election, did not return calls today. 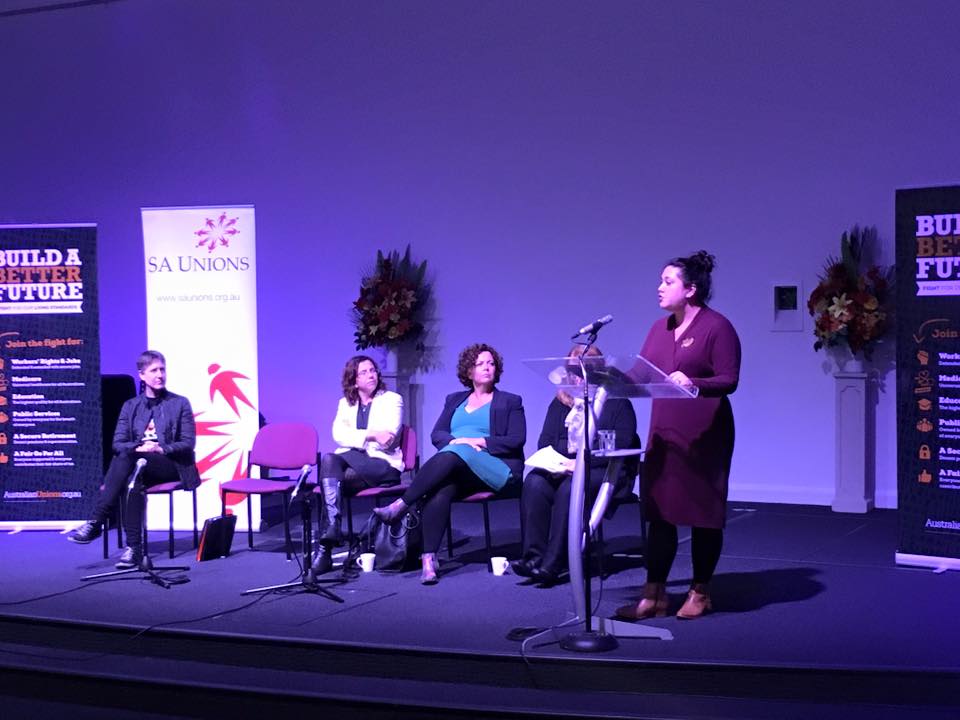 Pnevmatikos addressing a union election forum in 2016. Photo via Facebook

Gray, however, is coy about his intentions.

He is currently in Melbourne negotiating with the NUW about the merger, and said: “If I choose to be a senior person in the amalgamated union I would be.”

“Nothing is clear at this stage,” he said.

“There’s a ballot that runs from July 23 to August 28… if the ballot is successful, at some stage in the future – no earlier than November, possibly as late as March – the new union will come together.”

But he said it could take a further 18 months for the merger to be fully realised, and would not commit to what role – if any – he would retain.

“The roles will change – there’d be a whole new structure,” he said.

“It goes from being a federation to a national union.”

Insiders say if Gray, 60, moved on from the new union, he would likely also vacate the convenor’s chair of the faction.

“That would be part and parcel,” said one source.

“There’s always been a history in the faction that you’re either an MP or a union leader.”

The convenor’s term is up for a vote in November, and Gray would not commit to recontest.

Asked if he expected to remain in the role in the foreseeable future, he said: “Am I going to do it forever?”

He conceded he was “always thinking ahead”, and that there “would be senior people in the Left” as part of the faction’s succession planning.

The merger is not expected to have broader ramifications for United Voice in SA, given it is significantly larger than the local branch of the NUW, with around 16,000 members compared to 3000 or so.

The merger has also raised questions about the future alignment of the union, given the NUW – which wields greater influence in other jurisdictions – is affiliated with the Right in other states.

But it’s understood the new union will continue to be Left-aligned in SA under the proposed merger terms.