Up to 68,000 people – most of them women – live with borderline personality disorder in South Australia each year.

Over the past several years, InDaily has published a series of reports on the difficulty and trauma involved in securing appropriate treatment for those with BPD, and the stigma surrounding the condition that some health professionals perpetuate.

BPD can cause relationship breakdowns, self-harm and suicide.

You can read our 2015 special report on the systematic failure of SA’s public health system to meet the needs of people with BPD here: “Move to Brisbane, forget you ever had a daughter”

Both major political parties committed during last year’s state election to fund a BPD centre for excellence, and it was funded in the 2018 budget following the Liberal victory.

Minister for Health and Wellbeing Stephen Wade toured the new facility – BPD Co – on Greenhill Road at Unley this morning and lamented that the gap in services for people with BPD in South Australia had persisted for so long.

He said that he had spoken with families with young loved ones who had died as a result of BPD.

“If this service had been available when their loved ones needed care, perhaps the journey would have been very different,” he told reporters this morning.

“It’s been a major service gap for many years.

“People with BPD experience stigma and discrimination both in society and within health services … it’s been an under-resourced area right across the health system and its significantly misunderstood.”

He said BPD Co represented a $13 million investment over four years into a “hub and spoke” BPD service accessible to people across the state.

It’s been a turbulent ride – lots of hospital admissions, medications, attempting to seek treatment only to be told there was none

“Quite honestly I never thought I would live to see the development of this statewide BPD service for South Australia,” she said.

“It’s been a long time coming and we are grateful to so many people who have participated in this journey.

“Without their input and courage and passion and commitment we wouldn’t find ourselves here.” 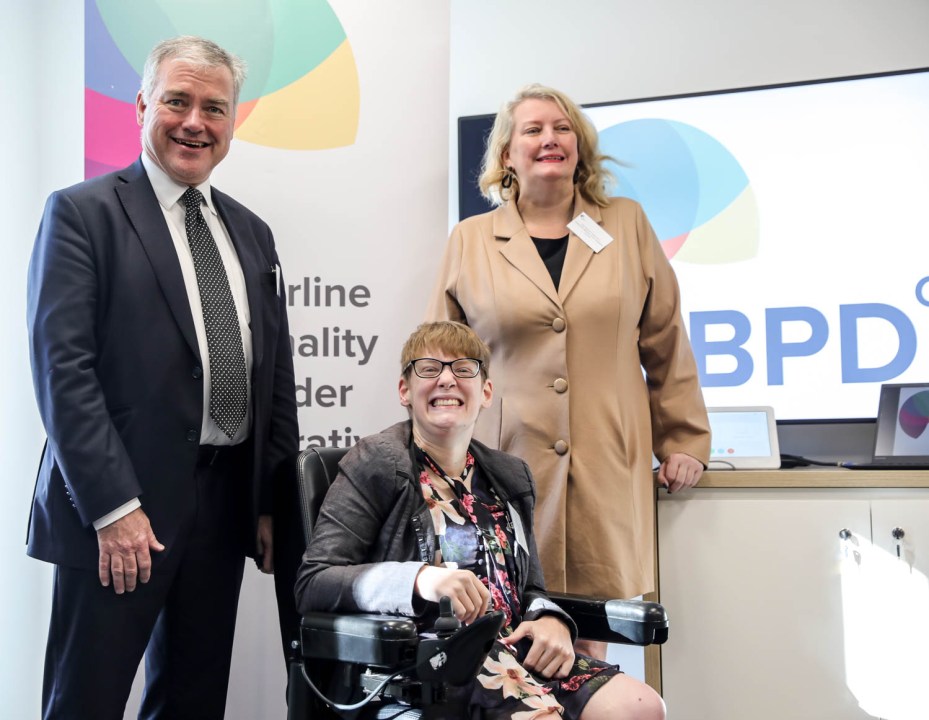 Steven Wade with former Dignity MLC Kelly Vincent and Greens MLC Tammy Franks, each of whom have advocated for better treatment for people with BPD. Photo: Russell Millard / InDaily

She said the opening of BPD Co was the first step in a process that would improve services for people across the state.

“I am certain that with the team that we’ve got and the model of care we have developed, that in a couple of years we will see a radical re-making of the system of care for people with BPD,” she said.

“In particular, a system of care that offers respect, dignity and compassion and hope, rather than a system that up until now has been intermittently exclusive of people and sometimes hostile or rejecting.

“We want that to be a thing of the past and we are working steadily towards that through research, through training, through skilled clinician input, through the up-skilling of clinicians across the state in the public mental health service and in due course beyond.”

BPD services consumer Aaron Fornarino told reporters the way public health services have treated people with the condition in the past has been ad hoc and stigmatising.

“It’s been a turbulent ride, lots of hospital admissions, medications, attempting to seek treatment only to be told there was none,” he said.

“It can be very shattering – it takes a lot of energy and effort for a person to want to seek treatment, but when you do that and you’re turned away it can be devastating.

“You can overcome BPD with the right treatment and supports.”