News Corp SA general manager Ish Davies has confirmed to InDaily that The City will go online-only in coming weeks. It comes as the masthead yesterday opened submissions for its annual city business awards, with nominations open until late this month.

He said instead of a regular free newspaper, the Adelaide CBD “will be serviced by… an enhanced digital brand”, while the northern suburbs Messenger mastheads Northern Weekly and North Eastern Weekly will be merged into one publication, which will not be home delivered.

Instead, it will be available for collection in various supermarkets, council chambers and libraries around the northern suburbs, and also as a weekly insert into The Advertiser for northern suburbs residents who subscribe to News Corp’s metropolitan daily.

The Northern Weekly and North Eastern Weekly themselves represented a scaled-back version of the three Messenger titles that used to service the north: the Leader, Standard and News Review.

Residents in the Campbelltown area were alerted to the impending change by a Facebook post by delivery driver Duncan Weston last week, who wrote on community forum ‘LOVE Campbelltown’: “Just thought I’d let you know the Messenger newspaper’s last delivery will be June 12th… so many people will be losing work. Including me.”

He also published a text message distributed to northern deliverers.

Davies told InDaily there would be “no impact on jobs from these changes”.

He denied suggestions the broader Messenger titles would be condensed into four mastheads to cover the north, east, west and south of Adelaide, but did not detail whether the other papers would continue to publish as normal.

The current edition of the northern Messengers contains a two-page ad spruiking that from June 19 “your Messenger will be available in more retail outlets than ever before”, but it does not detail the cancellation of the existing free delivery service. 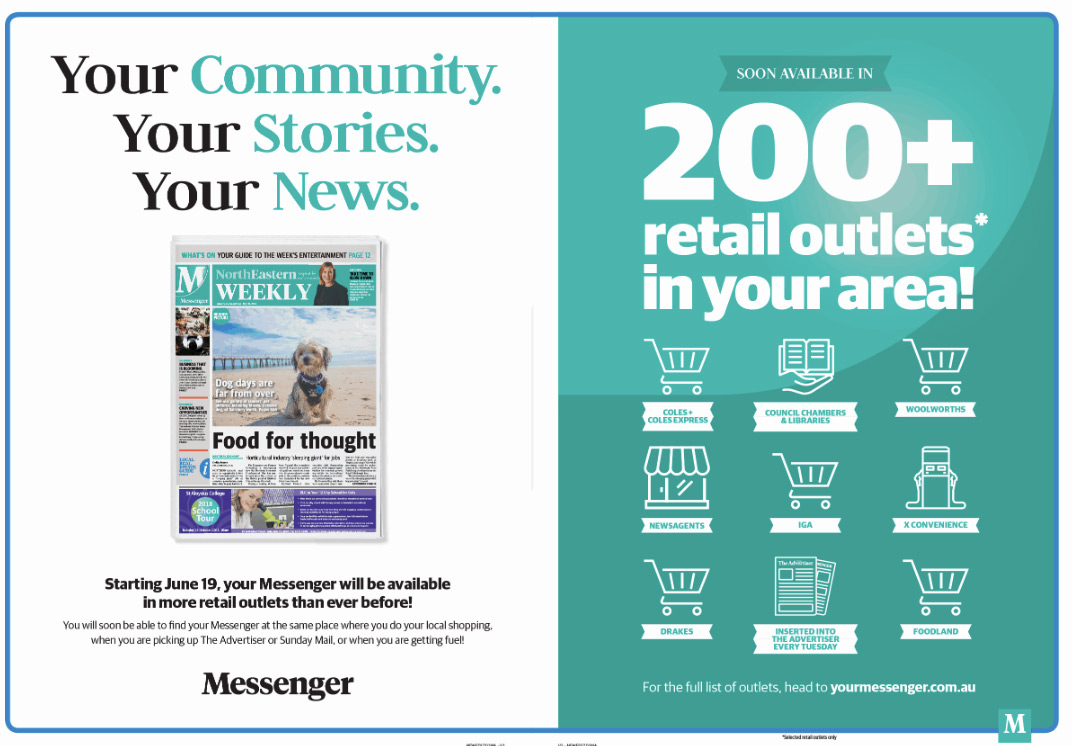 The ad layout in the current Messenger.

The changes follow revelations in InDaily last month that News Corp approached several metropolitan councils earlier this year to lobby – unsuccessfully – for hundreds of thousands of ratepayer dollars to help prop up the ailing brand, warning continued publishing is “at risk”.

Salisbury mayor Gillian Aldridge told InDaily she had been told about the impending change.

“I believe they’re not going to continue with a local paper here in Salisbury… to see it not delivered to homes is very sad,” she said.

“I think if we lose the Messenger it would be the saddest thing you’d ever imagine… I’ve read it top to bottom for years and years – my kids delivered it when they were little.”

Campbelltown mayor Jill Whittaker said it appeared the northern paper would be an “essentially online format and included as part of the ‘Tiser”.

“I guess from our perspective it’s a valuable community resource, a service that people will no longer have,” she said.

“We’ve had a lot of mutual benefits from the relationship with the Messenger and we’d hope that would continue… so people can find our what the local stories are.”

It comes as News Corp this week cut at least 10 editorial positions at The Advertiser amid a broader cull of 55 jobs across the company nationwide.

Tough day for everyone @theTiser today.

In the final analysis journalists & journalism are a real safeguard we should cherish, no matter what they report.

Staff have been quiet about the upheaval online, save for a since-deleted Twitter post from Messenger reporter and high-profile columnist Caleb Bond. 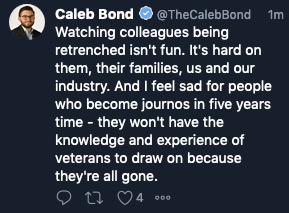 Prospect mayor David O’Loughlin told InDaily News Corp continued to spruik its capabilities in digital marketing, with his council given another presentation this week.

“They’re very much moving into digital marketing, advertising and promotion,” he said, adding the presentation involved the company pitching its “location identity analysis and readership analysis and offering that across their media and marketing platforms”, as well as “construction of web pages for interested businesses”.

“They’re becoming a ‘cradle to grave’ digital marketing machine, I think that’s clear – whether or not readers are comfortable their reading habits are being analysed,” he said.

“No longer can you rely on advertising on telly or a newspaper – the digital world has made it much more complex.”

He said Messenger distribution had already dwindled in any case, and that the brand had “really just slipped from people’s lives”.

“I’m really not confident that its distribution is anything more than just pick-up now,” he said.

“If I was a small business I’d be very, very worried about your advertising reach with the current Messenger format.” 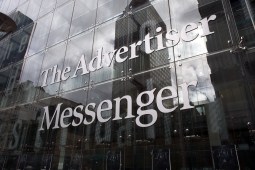 News Corp has been quietly scaling back its involvement in the national community and regional print newspaper market in recent months, selling its remaining stake in Community Newspaper Group to Seven West Media, closing two Quest titles in Queensland and shutting the print operations on a Victorian Leader title, according to Mumbrella.