The state’s chief psychiatrist John Brayley has placed a “temporary condition” on the mental health facility, declaring that the 40-bed Inpatient Rehabilitation Service [IRS] can only continue operating as an adult mental health rehabilitation unit while an approved intervention plan remains in place “to monitor and manage the quality and safety of care on the unit”.

He told media today that issues uncovered within the facility would have impeded the recovery of “a very vulnerable group of people”.

“Yes, it would have – contemporary care has not been received,” he said.

“The people who are admitted here for rehabilitation or ongoing care have severe mental illness, with significant disability… the sorts of matters described in the review report would limit a person’s recovery.”

The review was commissioned by the Mental Health Executive of the embattled Central Adelaide Local Health Network “based on concerns of staff at the service”, and conducted by two interstate experts and a representative of the Chief Psychiatrist’s office.

It found “attitudes and practices that are not in line with contemporary thinking”, primarily among nursing staff – the “largest work group in the unit”.

“Coercive behaviours, combined with attitudes reflecting a lack of hope and (sometimes) respect for patients, were evident,” a report released today reveals.

The workplace culture was attributed to various reasons “not uncommon in mental health settings nationally and internationally”, but noted a “sense of isolation felt by staff, the serious and behaviourally problematic nature and acuity of the patients’ illnesses and a lack of mentoring and training for staff”.

The facility – the only rehabilitation unit of its type in SA – is located on the now-mixed use Glenside site, and was only built in 2008-09.

It’s the latest in a line of damning mental health reviews following the Oakden scandal in 2017.

InDaily revealed last October that a leaked review of public mental health services in Adelaide’s south had uncovered “sub-standard systems”, staffing shortages, “lack of a clear and understood strategy” and a climate of anger among staff.

In the latest review, nurses identified “exposure to aggression had impacted them both physically and psychologically”, with “a successful day described as a day when no-one gets hurt (staff or patients), the staff haven’t been yelled at (by other staff or patients) or felt belittled by other staff”.

“This spoke to a sense that staff were in ‘survival mode’ when they came to work,” the report states.

“The rate of behaviour that is deemed challenging is considerably higher than expected. There were reports that some patients do not wish to come out of their rooms because of the presence of security guards. The current nursing process has high reliance on the use of medication and restrictive practices in the management of patient behaviour.

“Increasing evidence indicates that the use of seclusion and restraint leads to staff injury.

“The cycle of fear also has meant that nurses are less likely to be actively on the floor engaging with patients and negotiating interactions between patients. As a result patient to patient aggression is potentially higher.”

Staff also expressed “concern about speaking out for fear of recriminations”.

CALHN’s Clinical Director of Mental Health Dr Leslie Stephan told reporters today action has only now been taken because “the complaints from staff only came through a while ago”.

“It was not known to us previously,” he said. 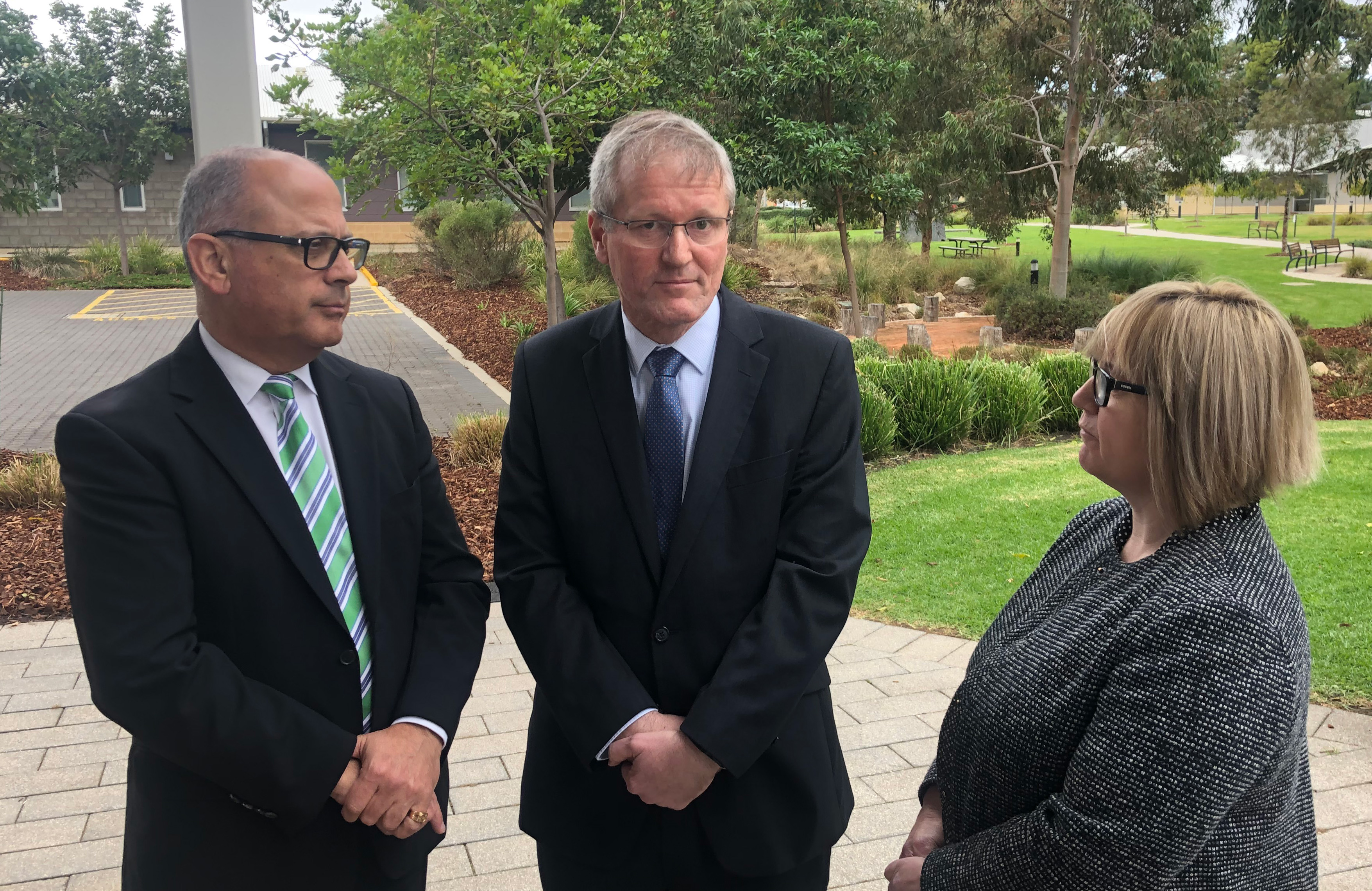 He insisted the complaints that prompted the review came from staff, and “not from patients or their relatives”, and confirmed “a small number of staff” have been suspended pending an ongoing HR review.

Brayley said he was not surprised by the findings, saying “it was possible that these levels of concerns would be found because of the matters that were raised by staff in the first place”.

“The current IRS staff were very honest and frank in bringing forward their own concerns,” he said.

“There were certainly matters of disrespectful behaviour to patients, including of coercion, used in the unit – including restrictive practices, with specific matters referred to HR for further investigation.”

He said that referred to physical restraining of patients rather than mechanical restraints.

But he also noted that the “design and operation” of the facility was not fit for purpose.

“Staff can be in a staff area and not out interacting enough [with patients],” he said, noting concerns at “how some staff have spoken to or responded to patients, or at times not responded”.

“The absconding rate is the highest in the state.”

He also criticised “the use of seclusion, which might have been avoided if there was a more contemporary model of care”.

He said the unit was originally built “with a rehabilitation model in mind”, but “there are other groups of people with different support needs who have been cared for in the unit”. 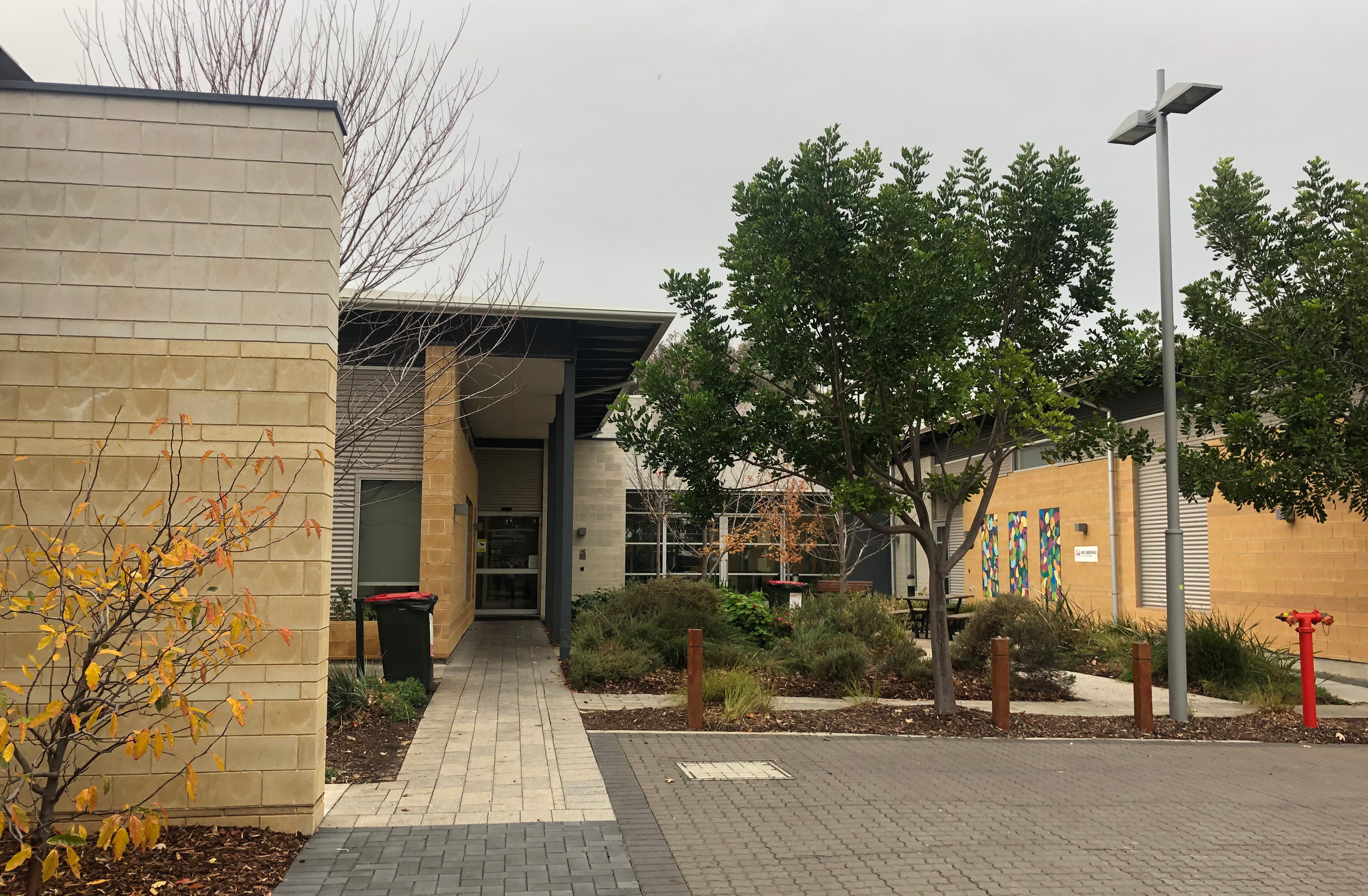 The exterior of the facility. Photo: Tom Richardson / InDaily

“The decision about the future group of people that the service will care for will need to be a planning decision of CALHN and SA Health,” he said.

“It’s possible that it can continue to care for all the groups currently getting a service by the way the 40 beds are arranged and how people are grouped together [but] there’s a broad question about planning our future mental health services in the state and making sure people with high needs have adequate supported accommodation.”

He said improved response systems “post-Oakden mean this is being responded to in the way it is”.