He denies the charge, and will face court on May 22, four days after the federal election.

On Friday April 26, InDaily sought comment about the matter from Sharkie, who said in a statement: “It was brought to my attention very recently that allegations have been made against one of the campaign volunteers.”

“While everyone is entitled to the presumption of innocence, allegations of this nature are extremely serious and this person has been told in clear terms that they cannot be a part of my campaign in any capacity,” she said at the time.

“I have zero tolerance for the sort of behaviour alleged, no matter how passionate a supporter may be… every candidate has the right to feel safe in this campaign.”

Bunney – who was also involved with activist group GetUp, which has since suspended his membership – told InDaily last week that he had notified Sharkie’s office within hours of his April 24 arrest that he was facing the charge. 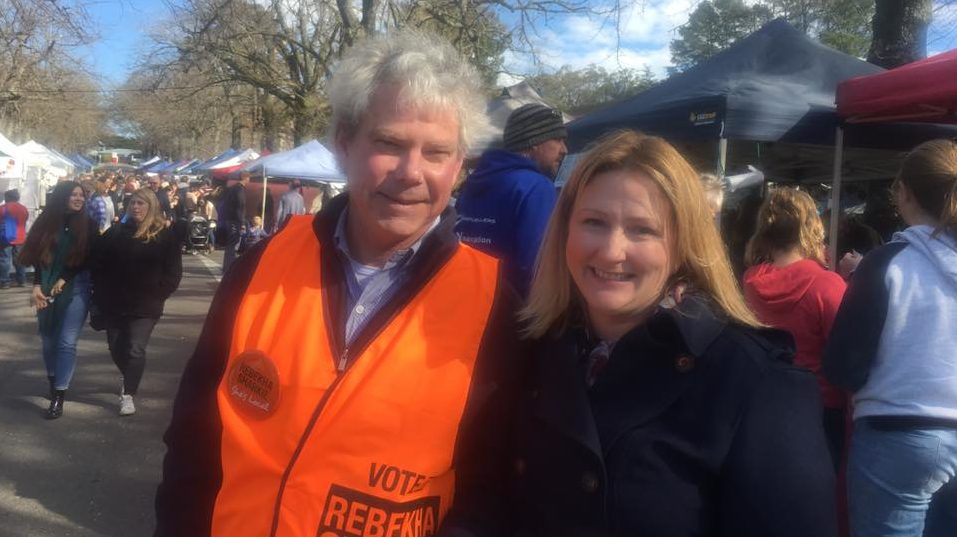 A Facebook photo posted by Rebekha Sharkie of herself and Paul Bunney during her 2018 by-election campaign.

However, InDaily has seen an email exchange between Bunney and Sharkie’s media advisor, Genevieve Cooper, that suggests they were still discussing political issues as recently as April 26 – within minutes of InDaily contacting both parties for comment.

On the evening of his arrest, Bunney sent an email to Cooper pointing out a faulty link on Sharkie’s parliamentary web page. Two days later, in an email date-marked Friday April 26 at 8:32am, Cooper appears to reply, writing: “Where is the link originally?”

Bunney replied at 10:18am, sending a screen grab and drawing Cooper’s attention to a URL link to a speech about “Labor’s dividend imputation policy”.

At 10:25am, Cooper’s office account replied again, responding: “Ok. All the URLs in parliament website are dynamic which is proving to be a headache.”

The emails are contained at the bottom of a longer message Bunney subsequently sent Cooper after InDaily broke the story of his arrest last month, in which he laments being unable to continue to serve the campaign.

“I was so looking forward to being part of, and enjoying, the whole campaign; letterboxing, pre-polling, booth captain at Aldgate and scrutineering (not to mention the celebrations),” he wrote.

Sharkie has already been under scrutiny for not distancing herself from the long-serving volunteer until he was charged, despite a previous police caution after calling Downer’s campaign office on April 16 to complain about alleged “corflute tampering”.

InDaily sought an explanation from Cooper about the email correspondence, and she said she had been “given strict instructions” that “we will not be commenting about Paul Bunney at all”.

“He’s not involved in any way at all… we have nothing to do with him,” she said. 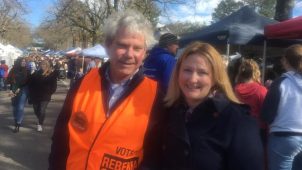 “This is a matter before the courts and we have nothing to say – there is no comment from our office at all.”

Bunney has repeatedly told InDaily that he does not want his situation to impact negatively on Sharkie’s campaign.

He said today he had emailed Cooper “as a [Mayo] constituent that was having trouble with a website”.

“I don’t see that’s got anything to do with campaigning or anything else,” he said.