Former Planning, Transport and Infrastructure Department CEO Rod Hook will be the only South Australian representative on the board, which provides advice on infrastructure priorities and policy reform.

“Mr Hook… is no stranger to the infrastructure and transport sector [and] will be an asset to IA thanks to his proven track record in public sector management and governance, infrastructure, transport, planning and the environment,” McCormack said in a statement.

Hook told InDaily he was “delighted to be given the opportunity to take a wider perspective… to contribute to enhancing the way infrastructure contributes to Australian society”.

“I’ll approach the task clearly as a passionate South Australian, with a pretty good knowledge of our needs,” he said.

Hook said looking at Infrastructure Australia’s list of funding priorities from March 2018 – the same month as the last state election, which saw Labor turfed from office – “I do think there’s a case [that] SA seems to have dropped the ball over the last few years in its dealing with the national entity”.

“We hardly rated a mention in documents released by Infrastructure Australia at the time of the last election… I’ll have an interest in ensuring our state’s interests are represented,” he said.

“SA had fallen off the pace in putting its case forward through the Infrastructure Australia process, with proper documentation and business cases.”

He argues the state was also “under-represented” on the subsequent lists of priority “initiatives”.

“We haven’t been very well represented,” he said, making it clear he referred to the period after he was sacked from DPTI by former Premier Jay Weatherill in 2014 – and until last year’s change of government.

“I’m pretty sure that the current State Government has progressed pretty well in getting funding commitments back on the radar over the last 12 months,” he said.

He highlighted “new funding for the South Road Project getting that back on the radar, getting the electrification of Gawler railway-line back on the radar, funding for Port Wakefield and the Port Augusta bridge, some of the intersection works around the city… all those mean there’s been pretty good co-operation with the Commonwealth over the last 12 months”.

“We were probably batting above our weight to get things recognised in Canberra [but] we seem to have dropped off the pace a bit.”

But his comments sparked a strong backlash from the former Transport, Infrastructure and Planning Minister, now shadow Treasurer Stephen Mullighan, who blasted his assertions as “complete rubbish”.

“We secured the $975 million Northern Connector project after Rod left, and it was [former federal Liberal Minister] Jamie Briggs and I who reached an agreement to fund not only the Torrens2Torrens upgrade on South Road but also the then-Federal Government’s priority of Darlington, for which we didn’t even have a design, let alone a fully-costed proposal,” Mullighan said.

“This fallacy that’s been created by the federal Coalition government that projects can’t be funded unless they’ve had business cases completed and approved by Infrastructure Australia is just complete rubbish… they continue to fund projects around the rest of the country, except SA, because it meets their political imperatives.”

Mullighan went on to highlight “the record number of projects we secured after Mr Hook departed, including the northern connector, Torrens2Torrens, Darlington, Oaklands Rail crossing, the Torrens junction project… all these projects were funded and delivered after Rod left, as well as fully state-funded projects like the O-Bahn city access project”.

“We also increased regional road maintenance by $70 million over four years and unlocked a deluge of productive improvements across regional SA, which the former administration of DPTI had been holding up for the heavy vehicle industry,” he said.

Mullighan said as minister he oversaw a streamlining of the DPTI bureaucracy.

“We got rid of the duplication and wasting money [and] actually spent money on transport networks, where people would get the benefit of it,” he said. 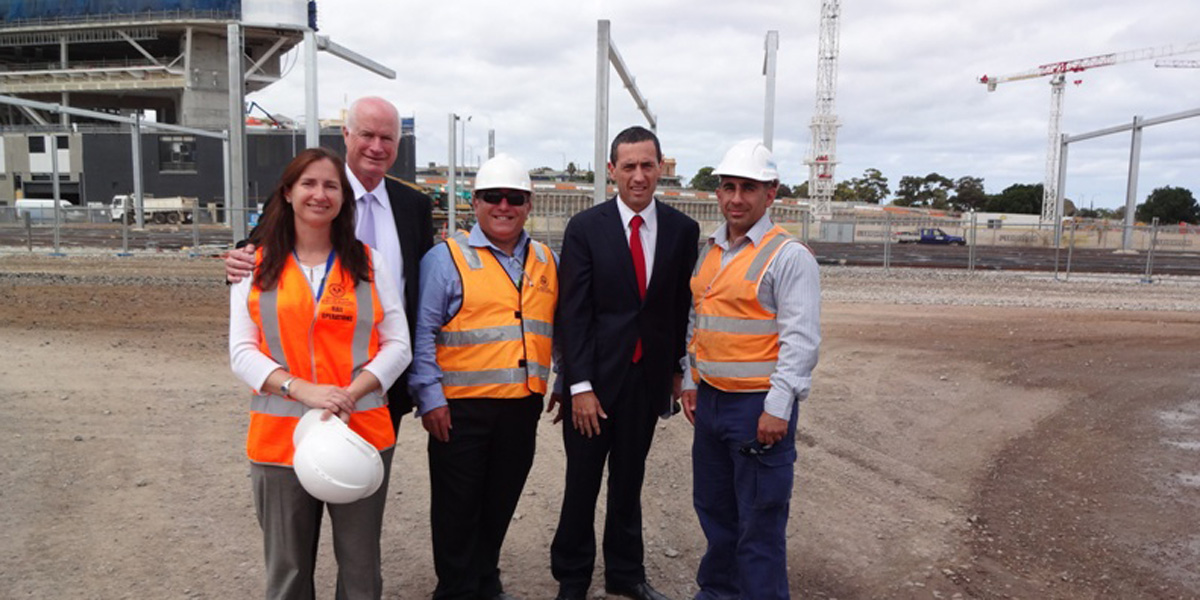 Hook, a longtime bureaucrat who was previously the state’s Commissioner of Highways, Rail Commissioner and Coordinator-General, expressed “my appreciation for those involved in politics representing SA who have probably had a role in getting me” onto the board.

“I suspect it’s come out of some interaction between Commonwealth politicians and state politicians,” he said.

“It wasn’t something I’ve been out there applying for… I got a phone call and was told ‘your name’s been put forward’.”