Conservation activist Saskia Gerhardy is set to be unveiled as the ALP’s candidate this week, replacing academic Reg Coutts, who garnered 6.3 per cent of the primary vote at last year’s by-election.

While Labor is a long shot to snare the largely-Hills-based seat – even in a three-cornered contest to unseat Centre Alliance incumbent Sharkie – insiders say the highly-rated Gerhardy has “a long political career ahead of her” in the party. 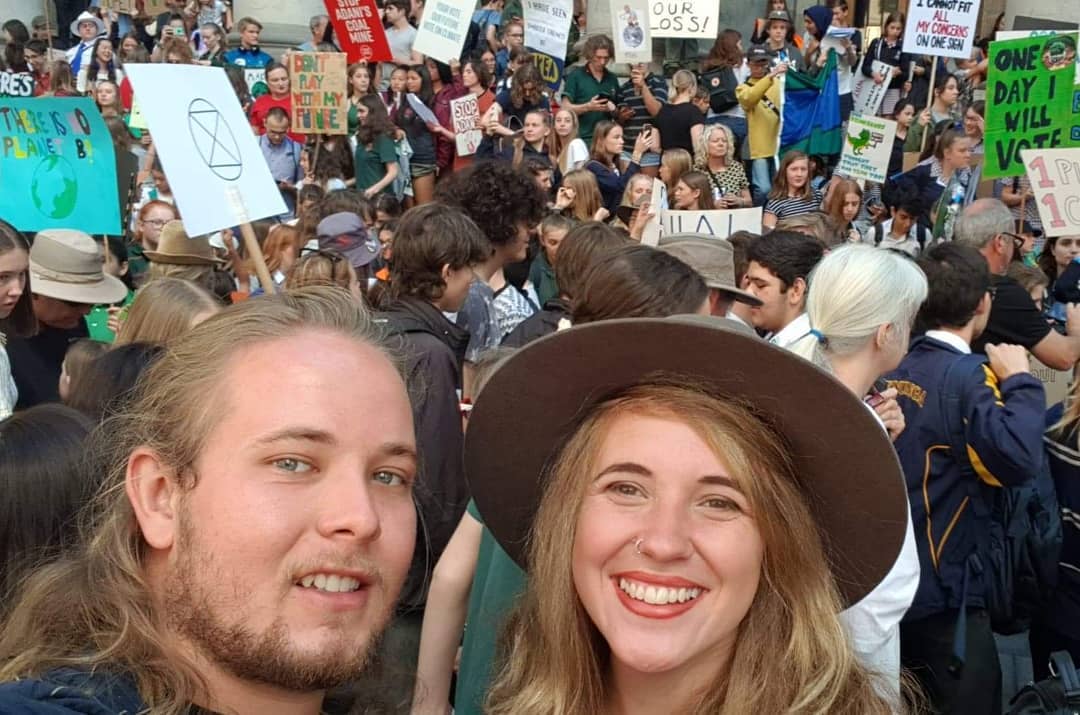 She was unavailable to talk to InDaily today, but replied to inquiries by SMS: “Was surprised by your call as wasn’t expecting to be public until later this week.”

“I’m excited by the challenge of the election campaign, and am more than happy to chat about my plans however I’m tied up at the moment and can’t talk until later tonight or tomorrow.”

It’s understood she was encouraged to run by Left-faction mainstay and former state government minister Leon Bignell, whose southern Mawson electorate is now located entirely within the Mayo boundaries after last year’s redistribution.

Bignell told InDaily he first met Gerhardy when she was in primary school at Willunga, when “I presented her with an environment award in Grade Seven”.

He later reconnected with her when she co-presented the same award – the Sir Douglas Mawson environment prize – to a subsequent winner in 2015, and again when Gerhardy ran for Onkaparinga council in last year’s elections.

At the time, he endorsed her on Facebook, writing: “Ten years ago I presented Saskia Gerhardy with the environment award at the grade seven graduation at Willunga Primary School… now she’s all grown up and running for council!

“All the best, Saskia – you’ve always been a great advocate for the environment and the people of our area.” 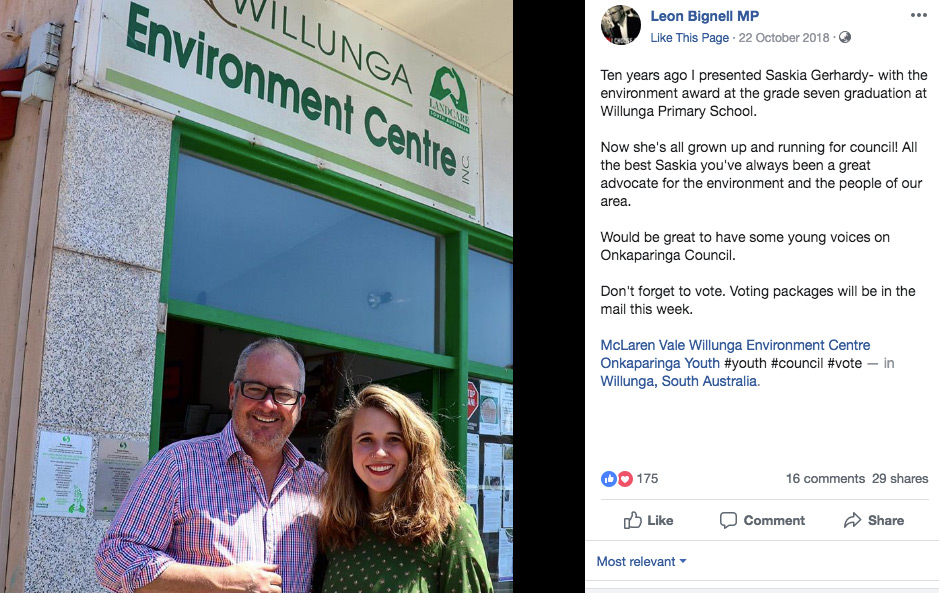 In the Southern Vales ward, Gerhardy came third of 11 candidates with 1167 votes after preferences – finishing ahead of outgoing mayor Lorraine Rosenberg.

“She’s got a lot of support,” Bignell said.

Bignell’s influence will be significant, with Port Willunga, Sellicks and Aldinga Beach shifting into Mayo for the first time.

“Georgina and Rebekha are from the Hills part of the seat,” he said.

“A lot of people keep thinking Mayo is the Hills, but it’s the Fleurieu and Kangaroo Island as well… you never know – people never expected us to win Mawson either, did they?”

“She’s lived in the area all her life… she’s passionate about her environment and she knows Mayo backwards,” he said.

Coutts said he had sought endorsement to run again but “a number of people went for preselection”.

“I’m very supportive of her – she comes with good environmental credentials,” he said of Gerhardy.

“There’s always an element of disappointment, but you’ve got to look at the bigger picture.”

In the July by-election Sharkie easily held Mayo with 57.5 per cent of the two-candidate vote, over Downer.

The daughter of former long-time Mayo MP Alexander Downer has since been endorsed to run again for the Liberals.

Labor is seeking to rebuild its profile in the seat, where it has made little traction since failing to field a candidate for a previous by-election in 2008.