The Liberal-chaired Crime and Public Integrity Policy Committee has unanimously resolved to establish a new inquiry into South Australia’s public integrity regime, which will examine the “functions and resources” of both the ICAC and the Ombudsman, as well as the Auditor-General, the Electoral Commissioner and, “to the extent that its functions are relevant to investigating matters of public integrity”, SAPOL.

The committee will probe the “interrelationships between” the agencies, and will also consider options for “increased efficiency or effectiveness” of the various bodies in the way they work together.

Committee chair Dennis Hood told InDaily the inquiry was “timely and appropriate”, saying: “There’s never been a focus to inquire across all the agencies at one time.”

It was prompted by Lines’ evidence to the committee last August, when he declared himself “perplexed” by a State Government decision to hand ICAC an extra $15 million to hold public hearings on maladministration matters.

“ICAC potentially will be holding public hearings in matters that are of the same vein as the Ombudsman will be dealing with [and] I just query whether that is desirable,” Lines said at the time.

“The Ombudsman budget is $3 million and with that we field 4000 complaints per year… on top of that we handle the referrals of misconduct and maladministration issues from the ICAC [and] that’s never been funded, so we do that on top of our core work but the ICAC work constitutes about 50 cases per year.

“It does seem an imbalance that ICAC, for [its] few maladministration and misconduct investigations, has this large amount of funding whereas I am left handling the bulk of those issues without any funding.”

Lines lamented that his “understanding of ICAC was that it was primarily focussed on detecting corruption” pondering whether, “with this influx of funding for public hearings, does that mean that the focus of ICAC changes?”

“The government needs to recognise that there are at least four important integrity agencies – the Auditor-General, Electoral Commission, ICAC and myself,” he told the inquiry.

“I suggest that it is five years since ICAC was introduced and it is time that we have an independent review of what all those integrity agencies are doing, what their needs are, what resourcing they should be given and what their priorities should be.”

But ICAC Commissioner Bruce Lander appears to disagree, his office telling InDaily today: “It is the Commissioner’s view that any jurisdictional issues were settled prior to the commencement of his office, or have been settled since.”

“The Commissioner also holds the view that South Australian integrity agencies are working together effectively,” a statement read.

“The make-up of South Australia’s integrity system – including the functions, jurisdiction and powers given to integrity agencies – is a matter for the Parliament.”

Hood said the Ombudsman had “raised a number of issues about the appropriate roles of the integrity agencies within state government”, but said it was “honestly too early to tell” whether he expected sweeping changes to the way they operated.

“I go into this with an open mind,” the MP said.

“We want to hear from all the relevant parties about what’s working and where there’s room for improvement… certainly it’s been suggested by the Ombudsman and others that there’s some degree of overlap.” 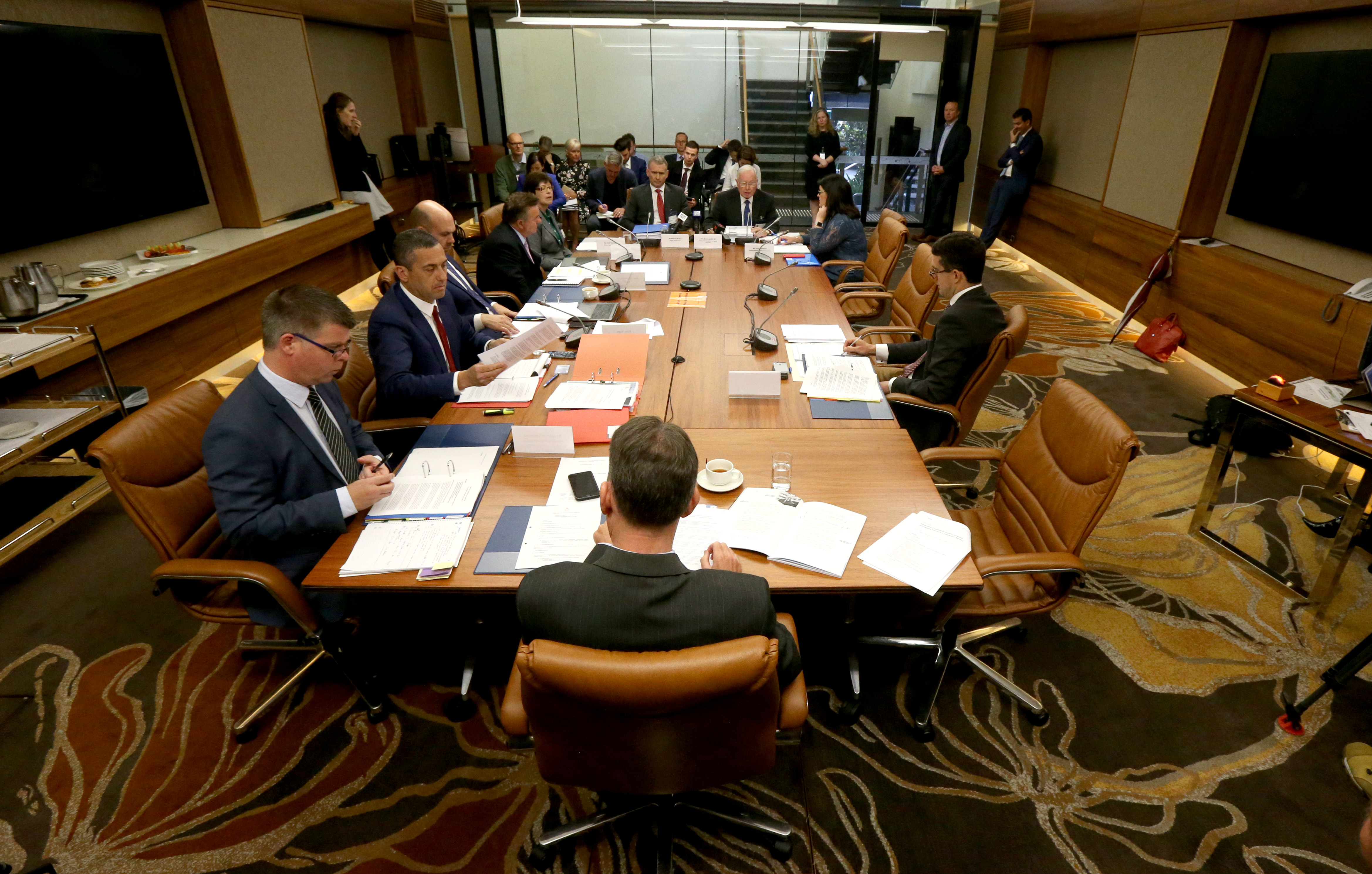 He said while there could be “good reason to have overlap on some things… it maybe it’s not appropriate across the board”.

“We’d like to examine it carefully, and make recommendations should there be scope for change,” he said.

“This would give each of the agencies an opportunity to be clear about what they believe their processes and role should be, and more importantly where the boundaries of their jurisdictions should lie.”

Hood said the inquiry – which would hear evidence from each of the agency leaders – would form the major basis of the committee’s work this year, and he hoped it would report by year’s end.

It comes days after Police Commissioner Grant Stevens lamented the “confusion” created by the ICAC Act’s secrecy provisions, calling for “some clarity around this space”.

“There needs to be a review of how the secrecy provisions are applied and how they’re dealt with,” he told ABC radio after police opted to take no further actions on whether or not Attorney-General Vickie Chapman had breached the Act when she released a media statement referencing ICAC in the same context as a matter at Renewal SA.

“There is a need for some confidentiality around certain matters, but when it creates confusion… it’s not helpful, and there needs to be some clarity for people who are dealing with these matters in terms of what can be said and what can’t be said,” Stevens said of the practical application of the Act.

The inquiry’s terms of reference also stipulate a focus on “anti-corruption measures that seek to ensure office-holders and institutions remain incorruptible and independent, including the Parliament of South Australia”, and on the committee’s own functions.

“We feel that as members of parliament we need to be held to higher levels of accountability,” Hood said.

“We need to ensure our committee has adequate powers to examine all of our institutions.”