SA stamped itself as a frontrunner in the emerging technology in 2015 when the state hosted the first on-road trial driverless car trial in the Southern Hemisphere, on the Southern Expressway.

That was followed by legislation passing parliament in 2016 allowing on-road trials, testing and development of Automotive Technologies.

It prompted the Australia and New Zealand Driverless Vehicle Initiative to set up its base in Rundle Mall, and host an international summit at the Convention Centre in three of the past four years.

But from this year, both will migrate to Sydney, with an ADVI media release declaring the move reinforces that city’s position as “Australia’s automated vehicle mecca”.

The missive hails the NSW Government’s “strong commitment that puts the state at the leading edge of innovation and reinforces that it is well and truly open for business”.

“Under an agreement struck between Transport for NSW and ADVI, the state will host what is expected to be the biggest automated vehicle exhibition and trade show ever seen in Australia in October 2019,” it says.

The body’s SA-based executive director, Rita Excell, said: “ADVI and our partners are very excited about this opportunity to align more closely with the work being undertaken in NSW to ensure the focus moves beyond limited trials and deployments to achieving true commercialisation of this technology, as already seen in other parts of the world.”

“This new collaboration takes the introduction of automated vehicles onto our roads to the next level and is sure to attract national and global attention,” she said.

“The strong show of support by the NSW Government and Transport for New South Wales demonstrates their forward thinking in transport technologies and will go a long way to address Australia’s slippage in automated vehicle readiness rankings.”

That “slippage” came last month, with Australia falling from 14th to 15th in the international rankings – a regression ADVI described as “unacceptable”, warning of a “real risk of global embarrassment”.

“In a short space of time Australia has gone from being on the international radar as a leader, to a country that risks being marginalised as it slips further into AV [autonomous vehicle] obscurity,” Excell said at the time.

“Now is the time for leadership and positive action to address these concerns… Australia needs to broaden well beyond the current focus on short-term driverless shuttle deployments.

“If Australia stays asleep at the wheel for much longer we can wave goodbye to securing our fair share of that prize on offer. We have already seen the end of vehicle manufacturing in this country, and the fast-moving AV tech sector can go a long way to filling that gap left behind – but Australia must stop sitting on its hands and waiting for others to first make a move.”

It’s understood ADVI’s shift was prompted by the enthusiasm of the NSW Liberal Government for promoting autonomous vehicles, coupled with a deceleration in the field in SA under the Marshall administration.

Former Premier Jay Weatherill was an enthusiastic proponent of autonomous vehicle technology and the potential for SA to capitalise on the sector’s growth.

But in a statement to InDaily, Transport Minister Stephan Knoll insisted SA remains “leaps and bounds ahead of other jurisdictions when it comes to autonomous vehicle technology”.

“We are focused on finding practical ways to progress AV technology and providing the most permissive and supportive environment possible.” 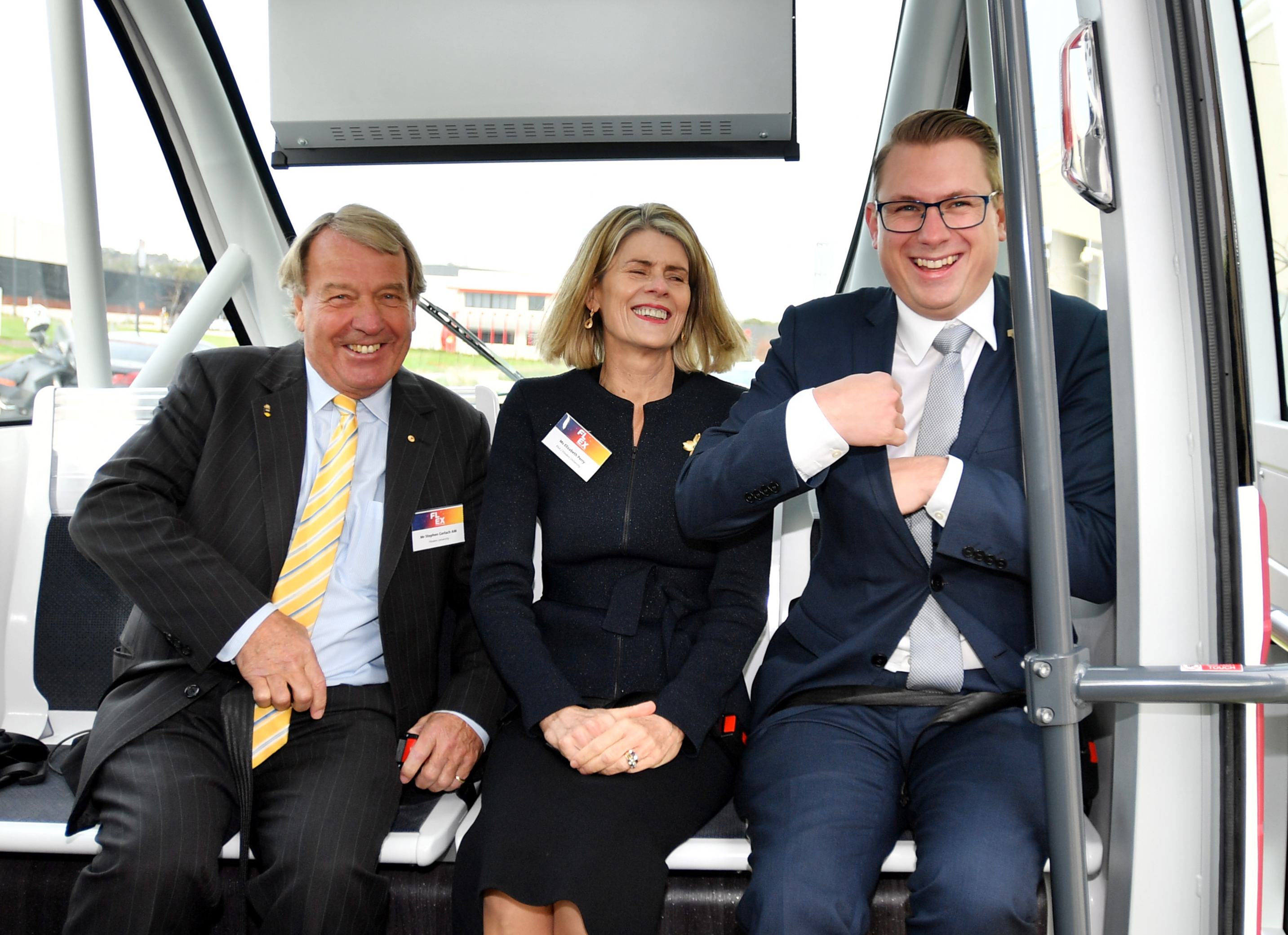 Labor’s Transport spokesman Tom Koutsantonis said the summit’s shift – after three years in SA – showed the Liberal Government was “not really focussing on” the sector.

“The Government shouldn’t have let it happen – they should have been out there trying to keep this here, in a sector where we had a genuine advantage [but] they don’t seem to be too interested,” he said.

“I think what it suggests is the Government were happy to inherit the work done by the previous minister [Stephen Mullighan] and agency, but when it comes to driving the policy position themselves, they’re not really that interested.

“It’s just another example of this Government accepting the work done by the former government and not advancing it… we were told they would still promote autonomous technology, but they’re not – and it’s a real shame.”

The Liberal Government has continued to invest in the sector, last year offering grants totalling $3 million for research and development, testing and deployment of autonomous vehicle technology, including a trial of an autonomous ride-sharing fleet – an Uber-like service for driverless cars.

After last year’s summit, Knoll told parliament that “the opportunity to have started ahead of the game in this area is something where we can’t sit back and rest on our laurels because this is… very fast-moving”.

“Everybody around the world and everybody around the country is doing trials into autonomous vehicles… but the real opportunity is: how do we stay ahead of the game and what do we need to do as the SA Government to facilitate that?” he said at the time.

“I think the next step for us is how we take something from a trial basis and how we can make it work in reality. That was where these companies were at, essentially saying, ‘We need a government that’s got the courage and the ability to find some commercial use cases’, so that instead of running trials… how do we actually take that next step and embed this as part of our future?

“What do we need to do to take the next steps for those companies that have shown faith in SA to settle here, to advance here and to use Adelaide and South Australia as their headquarters? What can we do as a government to make sure that we are ahead of the game?”