When hairdresser Marcela Lastra first walked into the intensive care unit at the Royal Adelaide Hospital to cut Paul Mortimer’s hair, there were so many drips and drains coming out of his body, she was frightened to touch him.

Marcela had never met Paul. The Mawson Lakes mum of two had answered a social media call out from his niece Olivia in late 2017 to come to the hospital and trim Paul’s hair and moustache.

Hairdressing appointments are not a priority in intensive care but this was a special case. Paul was a long-term ICU patient –he had had a tumour removed from his spine, leaving him a quadriplegic. All up, he would spend 101 days in ICU at the new RAH.

Paul, 65, a former school teacher, had woken up one morning feeling ill and slightly paralysed on his right side. His brother Lindsay says that within six hours Paul was in hospital, totally paralysed and on a ventilator to keep him alive.

“An MRI showed he had this tumour at the top of his spine,” Lindsay says. “It was benign but it had damaged the spinal cord. In the eight weeks leading up to that point, the only pain he had had was a sore neck and tingling in his fingers.”

Despite his life-threatening situation, Paul was someone who took pride in his appearance and after a few weeks in ICU, and barely able to talk, he motioned that he wanted a haircut. Enter Marcela Lastra.

“When I saw him I thought ‘how the hell am I going to cut this tall, humongous man’s hair’? I’m five foot nothing and my knees barely reached the bed,” Marcela laughs. “Plus all those tubes and things. But the nurses set me up and I had to wear a gown and mask and gloves. At first, I thought that was insulting to Paul but it was to protect me because patients can be infectious the nurses explained.

“Then I almost suffocated him. They gave me a crash course in what he was connected to. The most important thing is to keep the trachie (tracheotomy) pipe clear because it’s through that hole he has to breathe. I was so worried about getting hair in it I put the cape over the hole where he was breathing. The nurse had a look and said, ‘you might want to take that off there’.”

Marcela is used to giving her time freely. The 38-year-old mum of two boys has been a volunteer with an organisation called Hair Aid for several years, regularly cutting hair for homeless men at Whitmore Square men’s shelters and women’s shelters around Adelaide. She also travels to Manila each year to help young children in need. Marcela was recognised for her benevolent work this year when she was named the City of Salisbury’s Citizen of the Year. Not that she is after accolades. When she is not running her Mawson Lakes business Longko Salon, she just loves to bring joy to those less fortunate. 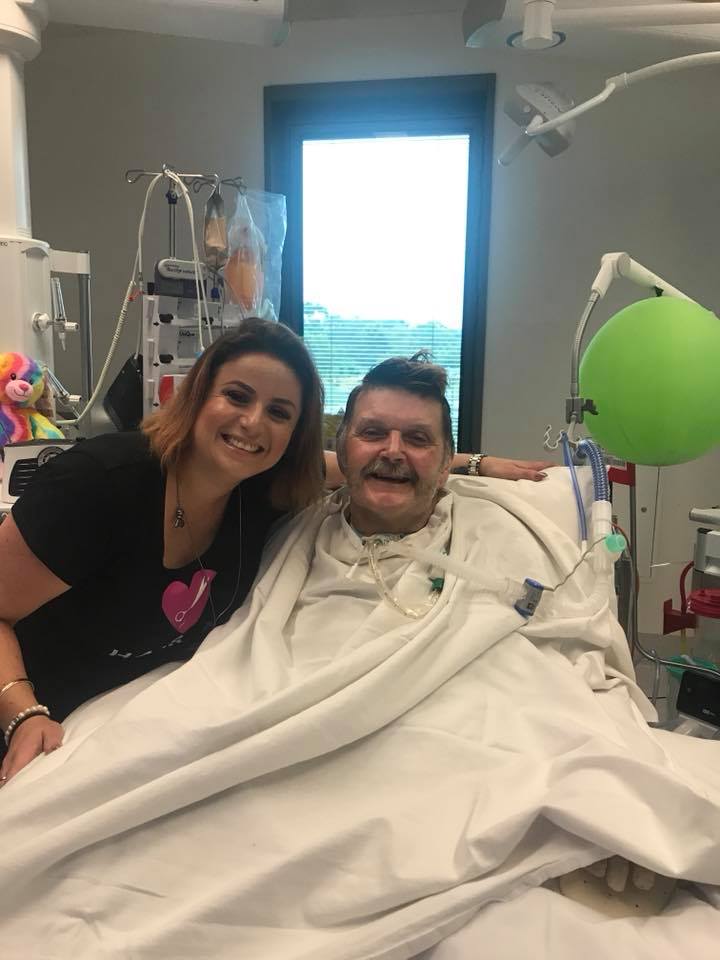 Marcela was born in Chile but moved here as a child. She is loud, animated and funny. She speaks Spanish and sings in a band called Tropical Sound. She was just what the doctor ordered for Paul Mortimer.

“As soon as I met Paul I knew he was going to be someone special to me,” she says. “He couldn’t talk at that stage – we used a lot of eye contact and I did all the talking, just telling him about my kids and showing him photos, chitty-chatting away.

“I just wanted to make my time with him really happy. And this is the wonderful thing about hairdressing – 23 years of working with people’s body language, they don’t need to say a word and I already know what they’re thinking.”

Marcela began visiting Paul in intensive care every four to six weeks, gradually forming a friendship. Once some of his tubes and drains were removed, Paul was able to talk and share stories of his life. He had never married or had a long-term relationship. He loved cooking, was passionate about the Woodville-West Torrens Football Club, where he’d been a member since “forever” and was also a keen jogger and a member of a running group called the Hash House Harriers.

He had just bought a new house in Auburn and was looking forward to retirement in the Clare Valley.

While he gradually regained some movement in his left hand and could bend his elbow and wriggle his toes, years of rehab loomed for this formerly active man.

“I felt sympathy for him but I felt like my job for him was just to help bring his positivity,” Marcela says. “Even on his down days I’d go in there and try and be a positive influence and say, ‘come on Paulie, fire up. Let’s have a happy day’.

“I’d even sing to him. I sang ‘Twist and Shout’ because I had showed Paul a video that I’d recorded with my son singing that song. He loved music.”

“Society carries on and goes about day-to-day life and you just don’t even know the situation these people can be in…I’m getting emotional now,” she says as she begins to cry.

“These people who are sick have families but families have to work, and for long-term patients they can’t have visitors every week. I just love the satisfaction of giving back to someone at their most vulnerable time.

“I would give Paul long head massages and I’d always kiss him on the forehead before I left and he’d close his eyes. When was the last time the man got a kiss? It’s just that simple. It’s just that human interaction and touch.” 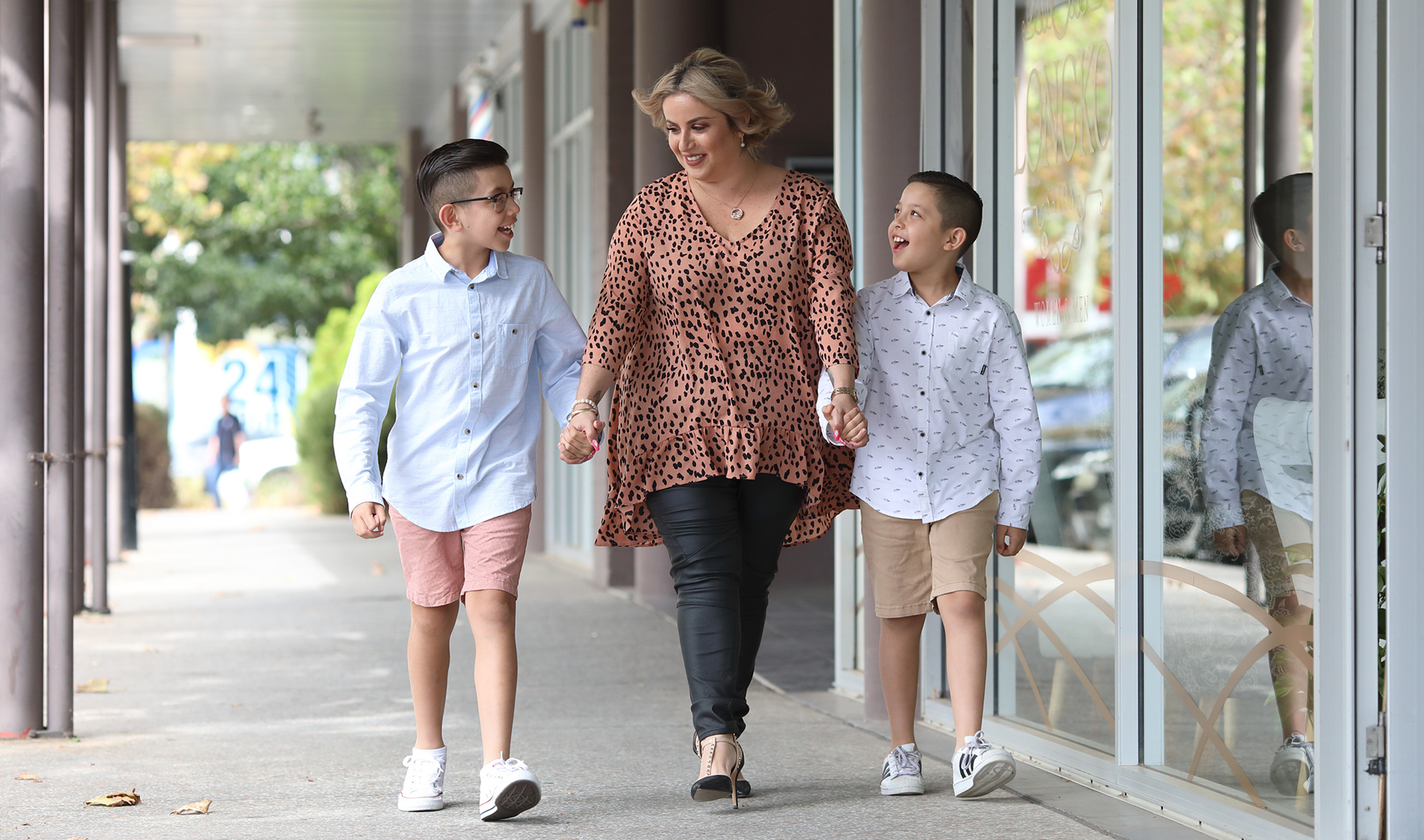 Marcela with her sons Carlito and Santiago. Photo: Tony Lewis/InDaily

Paul’s brother Lindsay says the family was incredibly moved by and grateful for Marcela’s kindness and devotion to Paul.

“She was unbelievable,” he says. “There’s a video Marcela took last time she cut Paul’s hair and he was talking, he was able to talk then, and I’ve got that video on my computer and I tap it now and then and have a cry.”

Marcela says Paul became a person who everyone in her life wanted to know about. From her husband William, to her sons Carlito, 10, and Santiago, eight, her clients, the mums at school and the guy in her local coffee shop – they all wanted to know about Paul’s progress. Eventually, Marcela started taking photos and videos with Paul and posting them on her Facebook page.

“He became an iconic person,” she says. “I wanted to make him a spokesperson for Hair Aid because he was a testament to how a haircut can create so much more.”

Paul was eventually moved to the RAH spinal ward where he spent three months. By then, Marcela was visiting more often and felt comfortable enough to help him eat and drink, often feeding him by hand.  She always took coffee and treats.

“By then we had crossed all boundaries and levels of inhibition. When the nurses had rolled him over so I could cut his hair I’d seen his bare butt cheeks,” she laughs.

“So, just to see him able to eat something like hot cross buns, it was like a mother to a son, I didn’t even think about feeding him – I was just so rapt he could eat solid food.”

Once Paul had improved even more, he had a challenging request for Marcela – he wanted frosted tips in his hair. 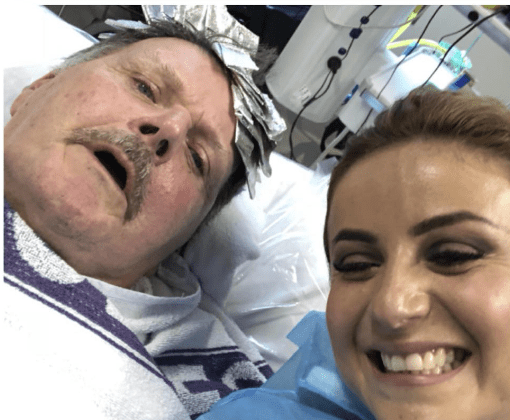 Frosted tips for Paul was a tricky proposition – but Marcela got it done.

“I said, ‘how in God’s name am I going to be able to rinse your hair? Lord have mercy,” Marcela says, waving her bedazzled nails in the air. “But I thought ‘I’m going to do this, let’s make this happen’, so we set up a plastic sheet under the pillow and we made it into a funnel, it drained down into a bucket.

“The nurses in the spinal ward are unbelievable human beings. We made it happen – it took four of us to do it. But that was one of the most amazing things I’ve ever done. He had a smile from ear to ear.”

Eventually, Paul was well enough to move to Hampstead Rehabilitation Centre. Marcela planned to visit him there and knew their friendship would continue when he was living back in the community.

But not long after feeding him those hot cross buns Marcela received the saddest news she was not expecting. Paul had gotten an infection that his body could not fight. On May 2 last year, he died.

“I just burst into tears in the middle of the salon,” she says. “I always knew he wouldn’t be able to walk but he had a wheelchair with a joystick and he had some movement in one of his hands. I just couldn’t believe he was gone.”

More than 300 people attended Paul’s funeral at the Woodville-West Torrens Football Club. Paul’s family included many of Marcela’s photos and stories in the ceremony.

“I didn’t realise the impact I had on his life until I was mentioned at the funeral when they did a photo reel of he and I,” she says.  “I knew I was special to him but he was also so special to me. Paul had pushed me to do something out of my comfort zone so I felt indebted to him to do my very best because he was in the most vulnerable moment of his life.

“Not limiting myself to what I think I can do – Paul pushed me to push myself.”

Since Paul’s death, Marcela continues to help those in need.

“I’ve got some terminally ill clients who come into the salon, and I’ve got old people, little old ladies with two hairs on their head who I see for free,” she says. “I’m not going to charge them for a haircut. But seeing them has really got nothing to do with a hair cut – the fact that they’ve gotten up, gotten ready and put a frock on, they’ve come in and had a latte and a hair cut and they’ve had that human interaction – all from a haircut.

“Seeing Paul and forming that special friendship has taught me that very little things to you can be such big things for somebody else, and life is just so fragile.

“I will continue to give – once you start doing this is becomes like an addiction – the addiction of making people happy.”