The analysis of Australian Bureau of Statistics data, released this morning, shows the highest proportion of unemployed people between the ages of 15 and 24 live in the Barossa, the Yorke Peninsula and Mid-North regions of South Australia.

The region, which includes Port Pirie, Nuriootpa and Peterborough, had an average 15.3 per cent youth unemployment rate between January and December 2018, according to the analysis. 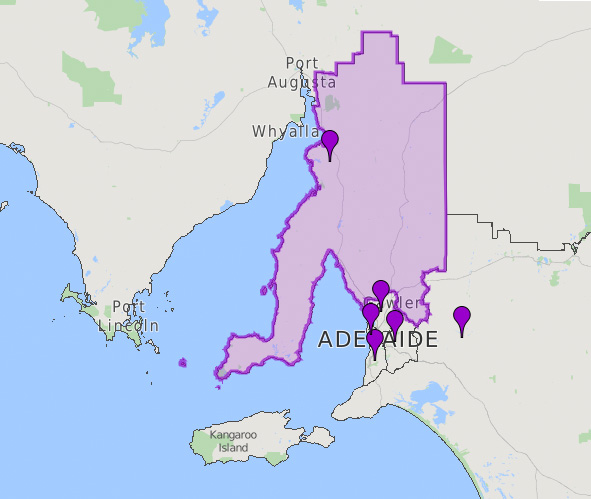 The Barossa – Yorke – Mid-North region, as defined by the ABS (purple area), was the region with the highest youth unemployment rate in the state in 2018, according to the Brotherhood of St Lawrence report.

“Young people come out of education and training with high hopes and aspirations for independence,” Brotherhood executive director Conny Lennenberg said in a statement this morning.

“It’s devastating that despite 28 years of continuous economic growth, too many young Australians are locked out of the prosperity dividend.”

She said the research belied “simplistic” stereotypes about young people.

“We know from our research and the experience of our services that many young people are doing it tough,” she said.

“Yet young people are too often depicted in simplistic terms of consumers of overpriced smashed-avocado toast with a fascination for selfies, and that’s plain wrong.”

The full list of South Australia’s regions, ranked by youth unemployment in 2018: