Documents obtained under Freedom of Information by the Labor Opposition reveal the Treasurer wrote to Health Minister Stephen Wade shortly after last year’s state election to urge that the Lifetime Support Authority – which administers a no-fault scheme established to provide treatment, care and support for people seriously injured in a motor vehicle accident – should “report to me as Treasurer going forward”.

However, Wade – under whose Health portfolio the scheme is currently managed – disagreed, instead suggesting it should be administered by Human Services Minister Michelle Lensink.

No further action has since been taken, leaving the Lifetime Support Scheme sitting under the umbrella of Health – a situation for which neither minister advocated.

Shadow Health Minister Chris Picton obtained the documents following a successful appeal to the state Ombudsman, after the Government initially refused to release the memos under Freedom of Information.

In the first memo, sent by Lucas to Wade in April last year, the Treasurer suggests that responsibility for managing the LSA had gone to Health by default, after the scheme was established in 2013 by then-Treasurer Jack Snelling, who was subsequently appointed Health Minister.

“While LSA [Lifetime Support Authority] has reported to the Minister for Health previously, it has been operationally linked with DTF [the Department of Treasury and Finance], in recognition that it performs functions of a nature that are predominantly insurance related,” Lucas wrote.

“The risks associated with the appropriate rate setting, investment of assets and management of claims could be significant overtime given the long term nature of the claims LSA manages. Sound management of its insurance activities will ensure the Government can maximise claims support over the long term.”

He noted that “all similar organisations interstate report to the Treasurer… in recognition of [their] insurance-related nature”.

“Given the above, I consider that it would be appropriate for LSA to report to me as Treasurer going forward,” he wrote, arguing it was “desirable to resolve this matter as quickly as possible” because the LSA was “in the process of preparing its annual rate setting cabinet submission, which needs to be considered by cabinet shortly”.

However, Wade did not reply with a follow-up memo until July, when he detailed the “improved long-term social outcomes” purpose of the scheme, distinct from “the claims management approach of insurance bodies such as Return To Work”.

“In line with the legislative purpose of the LSA, I believe it would be more appropriate for the Act to be committed to the Minister for Human Services,” he responded, adding that he had spoken to Lensink, “who concurs that her portfolio is the most appropriate host of the LSS”.

“If you are supportive of the arrangement… the LSA will draft a joint minute formally proposing this… and work with [Treasury] and the [Premier’s Department] to undertake the process of requesting the Governor issue a revised proclamation,” Wade concluded.

However, no further action was taken – and the scheme remains with Health almost a year on.

“It’s completely bizarre that you’ve got a situation where there’s two ministers who agree the Health Minister shouldn’t be looking after it – but it’s staying with him due to this internal disagreement,” Picton told InDaily.

However, both ministers played down the disagreement, with Wade saying it was “a very amicable discussion”.

He said Treasurer “raised it as a possibility [but] I preferred to leave it as it is”.

Wade said shifting responsibility for the scheme to Human Services was one of “three options on the table”.

“There were pros and cons for each of them,” he said.

“It’s not under active consideration.”

Lucas told InDaily shifting the scheme under his control was “a Treasury view which, when they put it to me, I agreed with”.

“These things are not black and white… the Minister for Health wrote back and didn’t agree, he thought it should go off to another department,” he said.

“From my viewpoint, it’s not a huge issue… so I’ve left it. We thought it might be administratively more convenient to be with us, but no big issue.”

He denied he had prevented the scheme being managed by Human Services, saying “it’s not for me to agree”.

“It’s not with me… I’ve not pursued the issue with the Premier to seek a resolution, because I think the way things operate at the moment is okay,” he said.

“In the range of issues we have to deal with, it’s a very low order of magnitude.”

Lucas conceded there were “people who might be concerned” if LSA was entirely administered by Treasury, but insisted “it continues to have to deliver the things it’s legally required to do”.

But Picton said: “Clearly the people benefiting from this scheme would want to see it administered by a minister who has important service delivery roles”.

“Clearly, Treasury has its priorities – its priority is always the bottom line,” he said.

“What we’ve seen under this Government is Treasury taking more and more control of things… it’s pretty interesting that within one month of coming to government Rob Lucas was already looking for more areas of government control to take over – and clearly this wasn’t something they talked about before the election.” 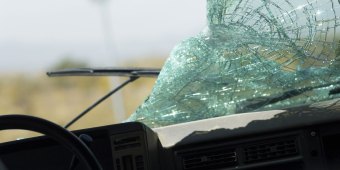 He said the fact he had to appeal to the Ombudsman to obtain the documents suggested “the Government didn’t want it to get out that they’re having these internal disagreements”.

“It makes a mockery of Steven Marshall saying his Government would be open and transparent,” he said.