Education Minister John Gardner published the final version of the Government’s new 10-year Aboriginal Education Strategy today, with one of its key targets being to strengthen the learning of Aboriginal languages in children’s centres, preschools and schools across the state.

The former Labor Government invested $11.9 million in the development of the new Aboriginal Education Strategy last year as part of its push to increase attendance and retention rates of Aboriginal students in schools.

According to the strategy, the number of Aboriginal students completing their SACE has increased from 238 in 2013 to 386 in 2017. However, 35 per cent of Aboriginal young people are leaving school before Year 12 and are therefore unable to achieve their SACE.

Prominent education leaders, including Professor Peter Buckskin, who was involved in the development of the Aboriginal Education Strategy, have previously called on the department to reintroduce bilingual Pitjantjatjara Yankunytjatjara education in APY schools to help students who do not speak English as their first language to better understand concepts.

APY schools taught a bilingual curriculum until the late 1980s, when bilingual programs were defunded and an English-only education was enforced.

But the new 10-year strategy sets out to reverse that decision, stating the Government will “move toward a bilingual education model that ensures proficiency for Anangu children in Pitjantjatjara or Yankunytjatjara and Standard Australian English as an additional language.”

The strategy also outlines a target for Aboriginal students to reach the same literacy and numeracy standards as their non-Aboriginal classmates by 2029.

Gardner said the strategy would “sharpen” the state’s focus to ensure Aboriginal children and young people had the right to enjoy and express their own culture and language.

“We are already seeing some schools incorporate Aboriginal culture into their maths and science subjects, and we are keen to see schools work together to expand this concept across the state,” he said.

“Providing the right support for teachers to engage parents in the development of detailed learning plans, and to incorporate Aboriginal knowledge and culture in their learning, will help Aboriginal children and young people to be confident and successful learners in preschool, school and beyond.”

Buckskin also praised the strategy, saying it would provide a more explicit approach to the education and development of young Aboriginal South Australians.

“We want Aboriginal children to see themselves in the curriculum and the ways teachers teach, creating a culturally safe environment for that child to learn and feel like they belong in the classroom,” he said. 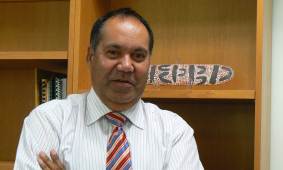 “Parents and caregivers of Aboriginal children and young people also need assistance understanding what they need to do to best support their child.

“Parents and caregivers, principals and teachers must work together and develop a mutual understanding of what the child needs.”