After the pain of childhood abuse and the ordeal of confronting their abuser – both in and outside court – this was a cathartic moment, rich with symbolism.

About a third of the way into US stadium giant Bon Jovi’s Adelaide set last night, frontman Jon Bon Jovi launched into an impassioned monologue in recognition of “these two brothers [who] put on masks and fought a childhood abuser”.

It came just hours after Vivian Deboo was sentenced to six years and seven months jail – with a non-parole period of five years and three months – for the historical abuse of the two brothers when they were about 11 and 13.

We were literally drinking a few beers and saying – unashamedly – ‘I wonder what Viv’s doing tonight?’

The boys, who had known Deboo through their Baptist church, were groomed and abused while working at his catering business.

As adults, their strong stand against Deboo had been symbolised by their appearances outside court wearing face masks – disguises they donned again, briefly, last night as Bon Jovi singled them out in the crowd. 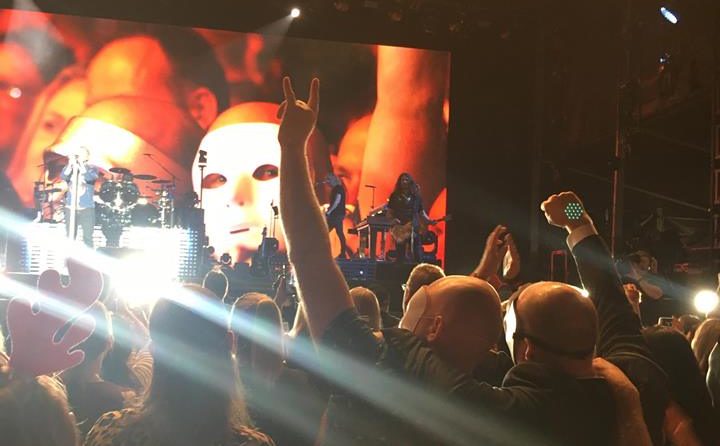 FACES IN THE CROWD: The brothers are acknowledged by the audience at Botanic Park. Photo: Supplied

“We have to protect our children… it’s not easy when you have to stand up in court and face your devil,” the singer said.

“But until we realise that our most important resource [is] the kids, tomorrow… there is no future…

“So, for those two brave brothers – my heart and my respect… this is for you guys.”

The band then launched into one of their signature tunes, the millennium anthem It’s My Life, sending a collective chill across the 16,000-strong crowd.

And, after the brothers’ ordeal, the resonance of the lyrics wasn’t lost: “This ain’t a song for the broken-hearted… this is for the ones who stood their ground…

“You’re gonna hear my voice when I shout it out loud.”

The fact that it was all happening as Deboo was beginning the first night of his formal sentence – after his bail was revoked last week – was “massive” for the two victims and their families.

“I think that was the really special thing for us,” one told InDaily.

“We were literally drinking a few beers and saying – unashamedly – ‘I wonder what Viv’s doing tonight?’”

“I haven’t really processed it yet,” the man reflected this morning.

But how did the bizarre Botanic Park finale come about?

It was, he said, “a freak set of circumstances”. 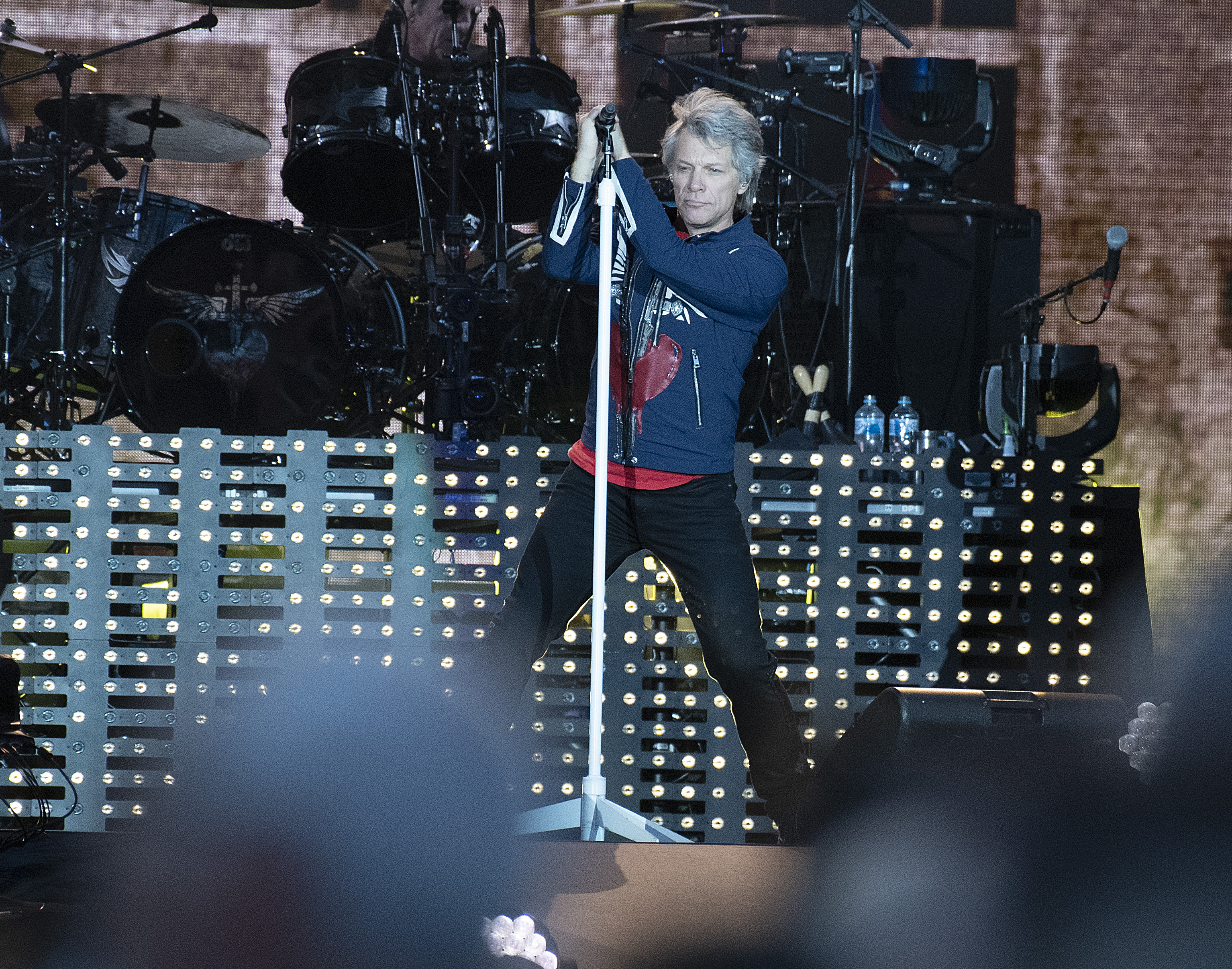 One of the brothers came into contact with a member of band through his work while the musicians were in town, and he was “able to help the band with an urgent matter”.

The pair got chatting.

“I was a bit flat and he asked what was going on,” he recalled, prompting the man to reveal that his childhood abuser was due to be sentenced in court on Tuesday.

The band fixed the brothers up with tickets for them and their wives to see the gig, but it didn’t end there.

“Yesterday afternoon [after the sentencing] we were having a bit of a family gathering at my house… the phone went and there was an American voice saying, ‘Get in there guys – and bring your masks!’”

They were taken backstage to meet the band – “they’re really, really normal people… very down to earth, interested in our lives, our families and friends” – and given seats “nearly in the front row”.

They were also given a set-list and told to don their masks before the band played It’s My Life. 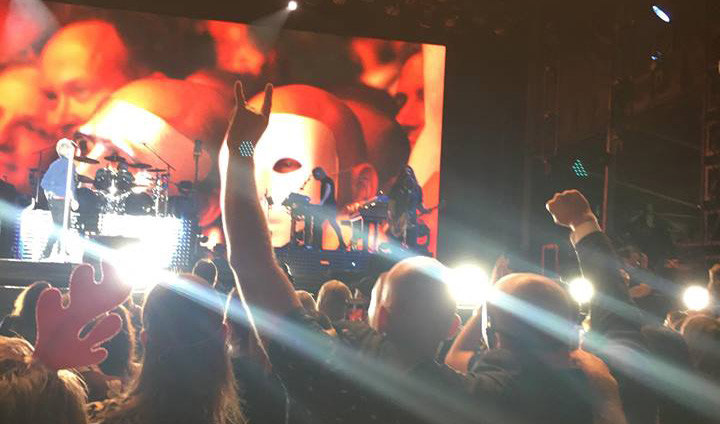 It was a far cry from the “small family celebration” they had planned – but a surreal finale to an already incredible day.

“We’re kids who grew up in the ‘80s, so this music has been a theme for our life… that song has been played on cassette more times than you could imagine, it’s something that has really sustained us.”

Last night was also a moment the brothers cherished for their wives, who had supported them as they took on Deboo.

“It was massive for them – they’ve been through this, through thick and thin… I get quite emotional talking about it,” the brother said.

“For them to have the opportunity to let their hair down and get the red-carpet service… it was a monumental fresh start.”

We can both go separate paths now… Deboo to jail – where he belongs – and for us, some closure

The uniqueness of the moment was emphasised by a text message from the band’s management this morning, saying that in his five years managing Bon Jovi “I’ve never seen Jon shout anyone out, so that was really special for everybody”.

“I think for him and the band to agree to do that was absolutely a monumental statement,” the brother told InDaily.

“I think we’ve struck a chord.” 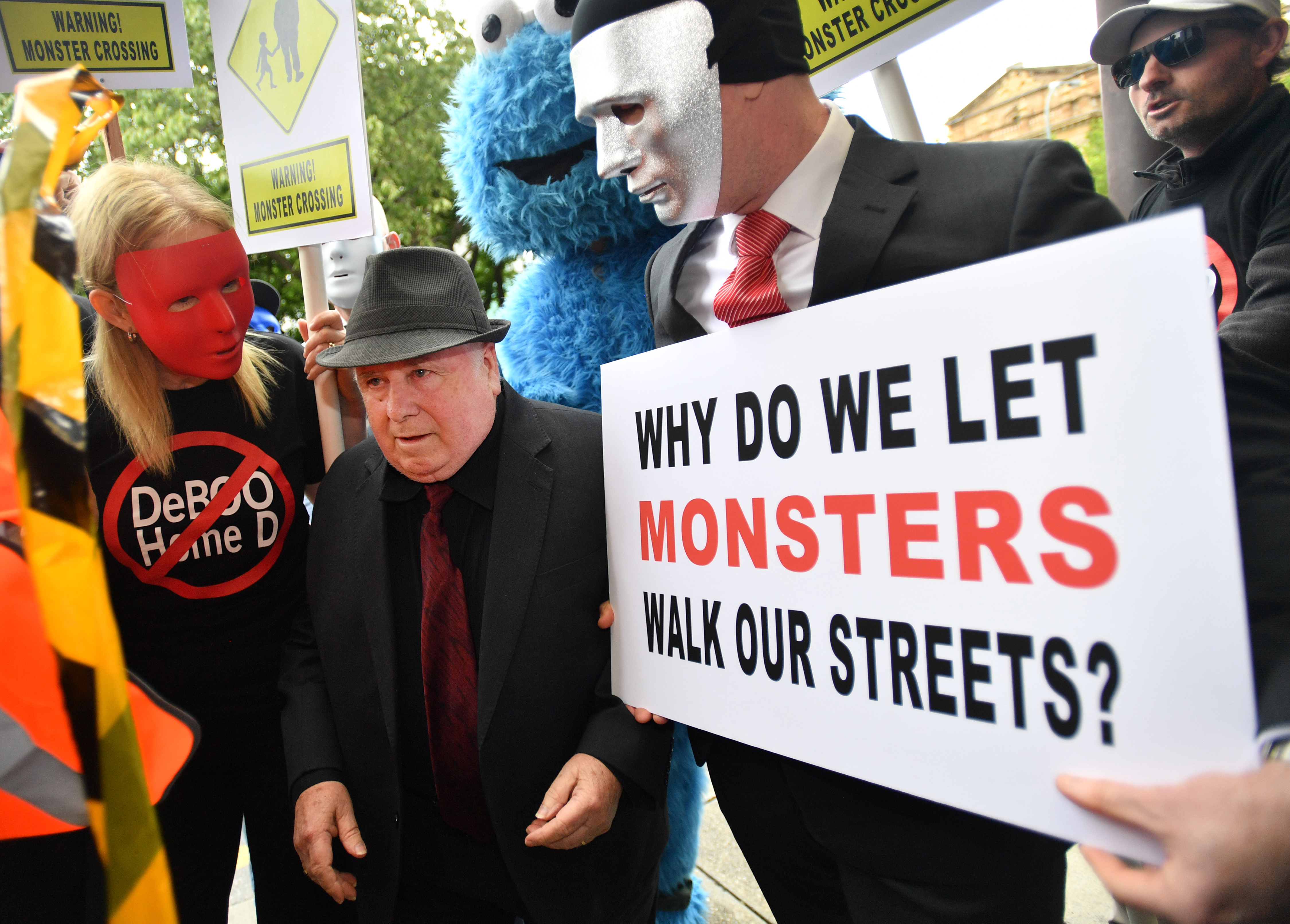 Vivian Frederick Deboo is confronted by one of his victims, who is flanked by supporters, outside the District Court in Adelaide last week. Photo: David Mariuz / AAP

Deboo, who pleaded guilty to multiple counts of indecent assault and gross indecency against the pair, was previously jailed for two years in the mid-1990s for the sexual abuse of three other boys.

The 74-year-old had controversially sought home detention, sparking a political push to change the law to deny that option to pedophiles.

But Judge Simon Stretton ruled against home detention, declaring that, while low, there was still an “appreciable” risk of reoffending.

“To say that your offending is serious is an understatement,” he told Deboo.

“Your behaviour has plainly wrecked lives.”

One of the brothers yelled “victory” as he left the courtroom yesterday, expressing “relief” at the sentence, which he said exceeded his expectations.

“My genuine hope is that this gives other survivors of this kind of abuse the empowerment to talk and to share their story,” he told media outside court.

“We know the whole community’s behind us and I really felt like, walking in here today, win, lose or draw, we’d won.”

After the relief, that moment at Botanic Park was one of release.

“We can both go separate paths now… Deboo to jail – where he belongs – and for us, some closure… when you’ve got one of the biggest rock stars in the world acknowledging us, and saying he’s proud of us – that’s a really special thing.”