Liquidators were appointed to wind up the Italian restaurant and caffe business yesterday after its landlord terminated the lease, citing more than $330,000 in unpaid rent.

Paesano’s began trading on the Le Cornu site in the 1980s before reopening across the road, and has, over the years, become a North Adelaide institution.

The failure of the business follows the closure of the Archer Hotel – located diagonally opposite – a week ago.

The loss of the two long-established O’Connell Street mainstays in as many weeks has sparked fears for the future of North Adelaide’s once-thriving food and beverage scene.

There is a deep problem that requires urgent and bold action.

“I know of at least two other businesses who have confided in me that they may have to close,” he said.

“I doubt from the information that’s been presented to me that they have much appetite for staying more than another six months.

“The loss of the Archer and the closure of Paesano’s, and the likely impending closure of other businesses is a signal to council that there is a deep problem that requires urgent and bold action.”

A lease termination notice, posted on the window of Paesano’s, says the business has failed to pay $338,417 in rent. 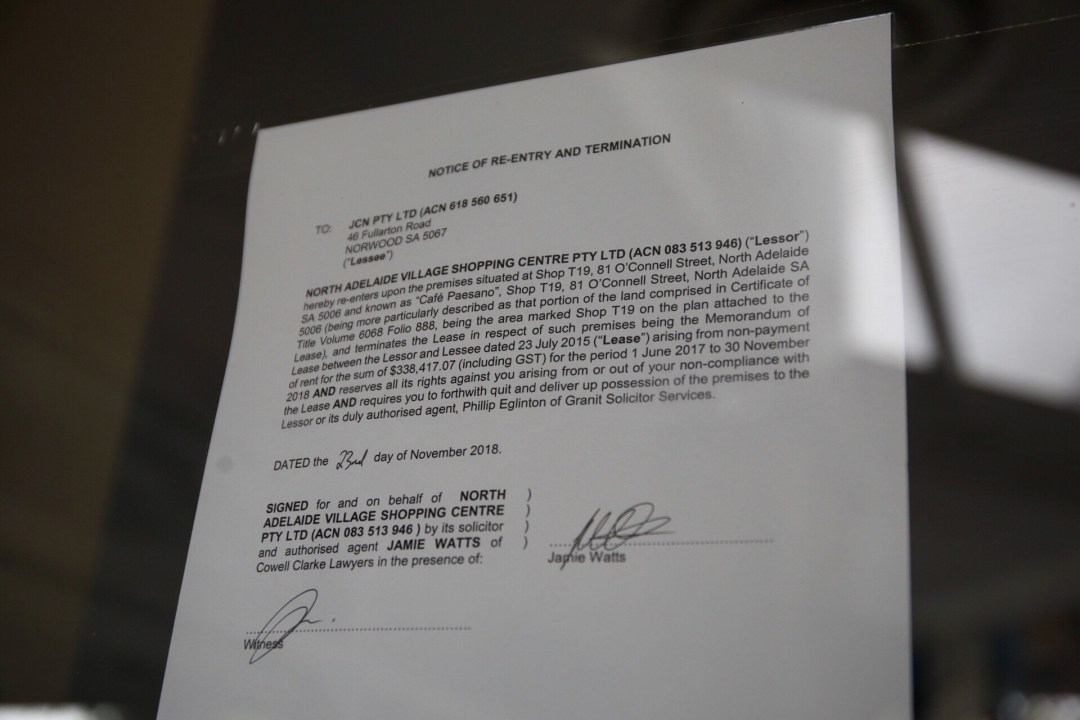 Manager James Robertson said it was too early to give a detailed description of why the business failed, but that it had been in rental arrears.

The Archer Hotel had been placed under external administration late last month, but the failed to attract a buyer.

Both Moran and Martin argued that the commercial rent charged on O’Connell Street properties was often unreasonable, and that the outlook for the street and the suburb looked ominous.

“There are myriad reasons for the decline of O’Connell Street, as there are for Melbourne Street, Hutt Street and main streets across the country,” said Martin.

“(But) it doesn’t help that landlords in O’Connell Street are asking what I believe are unreasonable rents for an area that no-longer provides the foot traffic that it used to.”

Martin argued that O’Connell Street was unique compared to other struggling main streets, because the Adelaide City Council now owns the largest plot of empty real estate there.

The council bought the long-vacant old Le Cornu site, located across the road from both the Archer and Paesano’s, in December last year.

Makris had owned the site, and sold it to the council for $34 million (a price he claimed was “significantly below its commercial value”, but as InDaily revealed in February was several million dollars more expensive than the highest professional valuation made of the property).

The council has since produced a series of guiding principles for developing the land and is searching for developers.

But Martin argued a wholesale redevelopment of the Le Cornu site would come far too late for many of O’Connell Street’s businesses, and that the council should sell off parts of the land quickly to help attract new foot traffic to the area.

He argued the process of identifying a developer and agreeing on the conditions of construction would take years.

“It’s time to stop diddling about with processes – likely to take years to identify some saviour who will redevelop the site in such a way as to become an attractor,” he said. 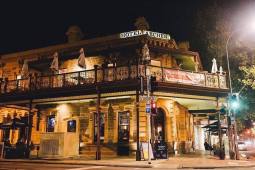 “(The council should) initiate council development of an underground carpark … and begin to sell off individual (plots within the site).

“Why are we not reducing it to smaller, more useable, individual developments on the site that would enable local, South Australian businesses to get in there?”

He said the council’s consultation process had made it clear that North Adelaide residents want open space, a boutique hotel, a car park and some housing on that site.

InDaily attempted to contact the owners of Paesano Cucina this morning.