The oval’s Stadium Management Authority spruiked plans for its 128-room boutique hotel over the weekend, with Premier Steven Marshall announcing the Government would provide a loan of up to $42 million at commercial rates to fund the project.

The hotel will be integrated into Adelaide Oval’s eastern façade and will be open in time for the ICC World T20 in August 2020.

But the project has angered the SA hotel industry, with some hoteliers and the peak industry body labelling the government loan as “unethical” and “anti-competitive”.

Australian Hotels Association SA general manager Ian Horne said while he thought the Adelaide Oval Hotel would be “enormously successful”, there was a growing feeling of disappointment and anxiety among South Australian hoteliers about the decision to use taxpayer money to fund what would become a competing business.

“Adelaide Oval is without doubt one of the jewels in our crown and the concept of a boutique hotel attached literally as part of the stadium is very, very smart as the stadium already has an extraordinary advantage in terms of its facilities and its location,” Horne told InDaily.

“But, there are people who are investing in hotels now who didn’t know that was going to be part of the equation, who didn’t know they would be competing against another 180-odd rooms when they made their approaches and arranged their finances.

“This is a government using taxpayers’ funds to build a facility that will be a direct competitor with the other bricks and mortar venues in the CBD in particular.”

Horne said the AHA had received several phone calls from hoteliers this morning and yesterday asking if the Government’s decision to loan the Stadium Management Authority the money to finance its hotel would set a precedent for private hotel investors to also seek government financial assistance.

He said while that would likely never be the case, the Government had “directly intervened” in the hotel marketplace.

“This just muddies the water because it was not expected that the State Government would become the financier of it, and that’s what left the level of angst and concern about where are we going in the future,” he said.

“Importantly, it will also impact on the future investors as to what level of accommodation they may or may not choose to go into.

“By having the Government come in and putting funding aside for this project, it will impact whether hotel companies in the future decide to put money into refurbishments or building their own hotel here in Adelaide when there is that unfair advantage.” 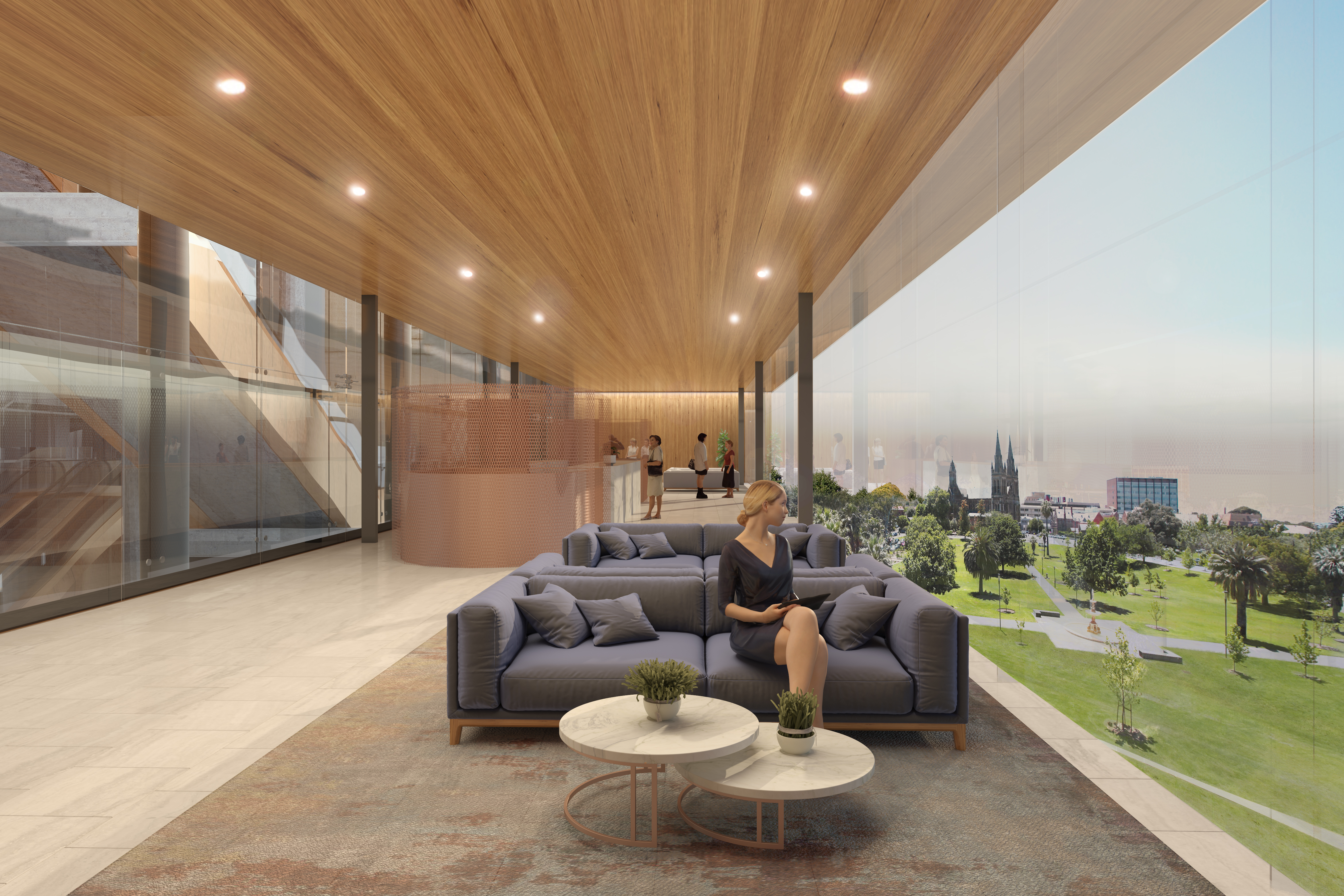 An artist’s impression of the interior.

Majestic Hotels CEO Eoin Loftus, whose company is currently building a $40 million luxury hotel at the former Channel 9 site on Tynte Street in North Adelaide, said the Government risked becoming “a competitor for business, not an enabler for business”.

“It’s like if SA Water suddenly decided to invest in bottled water – they would become a competitor in that industry and that’s just totally wrong,” he said.

“What I know from government loans is that they’re at a much reduced cost and they don’t have the same conditions, so that’s quite anti-competitive.

“There’s also the issue with the hotel being built on crown land – we know that about 25 per cent of hotel costs is the land, and it’s anti-competitive that Adelaide Oval would be given free land to go ahead with this project.”

“Governments should understand what their role is – their role is to enable business to get on with the job,” he said, adding that he had taken legal advice on the matter.

“I’m flabbergasted at the audacity of this Government.” 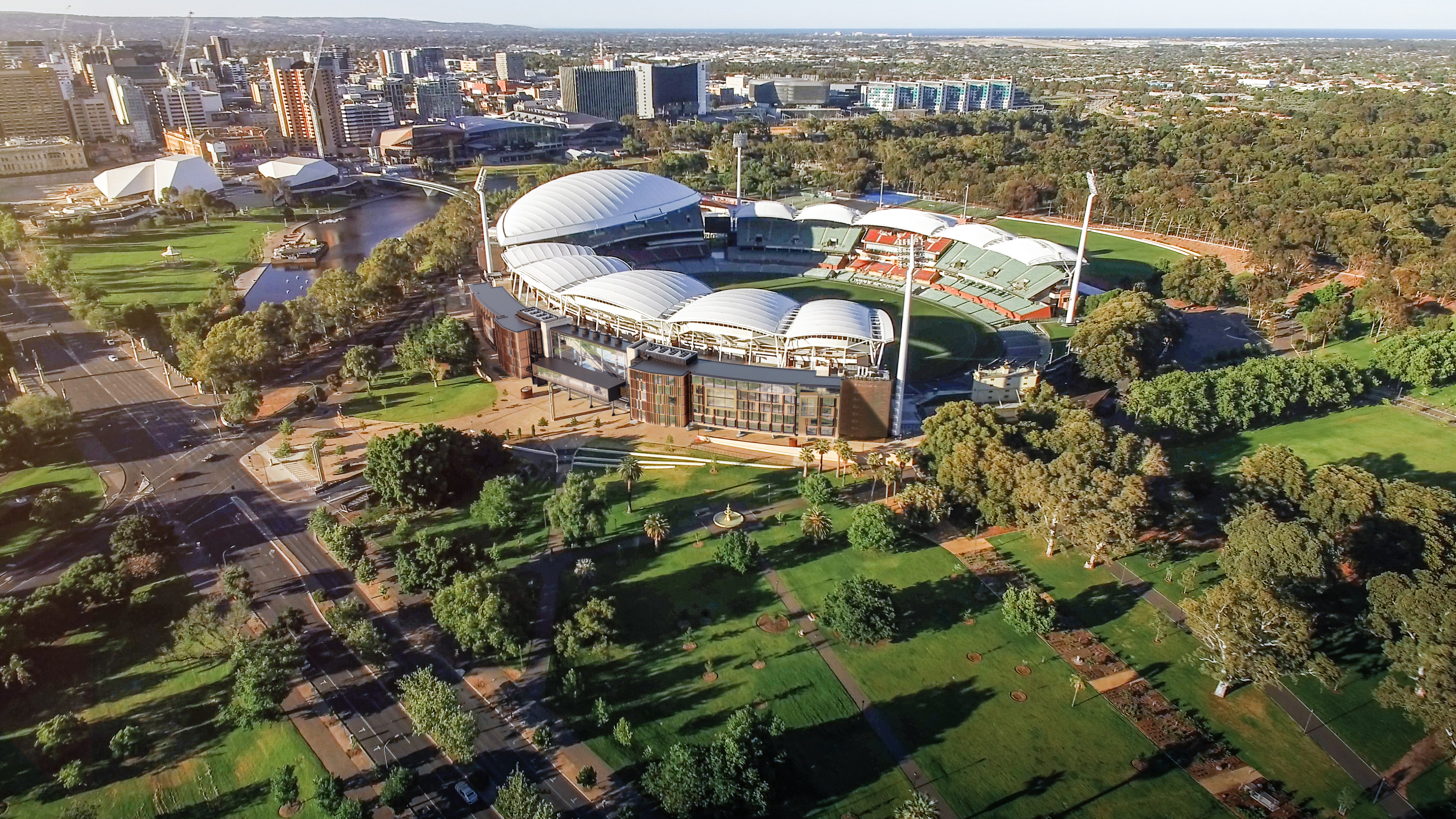 A supplied image of the proposed development.

But Marshall defended the decision, saying this morning that the Government was not getting involved in “hotel building” and that taxpayers would make a margin and a return from the loan.

“The SMA put a proposal to the Government to put a hotel onto the Adelaide Oval site,” Marshall told ABC Radio Adelaide.

“They don’t own the property, it’s owned by the taxpayers of South Australia, so getting a commercial loan is difficult because they don’t have an asset to secure it against.”

“We’re facilitating that loan. It’s not a grant… this is not a project which is going to move into the parklands; this is a loan, a commercial loan.”

Marshall said the loan would “probably be paid back over a 30-year timeframe”.

He said the SMA had told him that the hotel would help improve its financial viability and would create additional returns and income streams for the oval.

“That’s going to secure up the future – making sure that they can continue to invest in this world-class facility and make sure that it remains world class,” Marshall said.

Opposition leader Peter Malinauskas told ABC Radio Adelaide that his party was open-minded to “any ideas that can add to the service or the amenity” of Adelaide Oval, but he questioned the loan decision.

“Let’s be clear… this is money that the State Government could otherwise be using to invest in infrastructure or capital within our hospital system or our education system, and instead the State Government is now borrowing money to hand it over to the SMA to build a hotel which will compete against other hotels that are already being built in the city itself,” he said.

“We think that raises huge questions about the Government’s priorities.”

Construction on the Adelaide Oval Hotel is anticipated to commence in May next year.