Minister for Human Services Michelle Lensink today confirmed to InDaily that her department is developing a consultation plan with the not-for-profit sector and energy customers to explore alternative models for the administration of energy concessions.

The consultation, expected to begin early next year, will include research into concession models used in other Australian jurisdictions and the potential benefits of changing the Government’s current fixed concession amount.

Eligible South Australians on low or fixed incomes are currently entitled to receive up to $223.01 to cover both electricity and gas payments for the 2018-19 financial year.

But the system has been criticised by welfare groups, who say the fixed amount is inequitable for larger families who require more power than the average household.

Data from the Australian Energy Regulator shows the number of residential customer electricity disconnections in South Australia increased by about 130 per cent between 2009-10 and 2016-17.

It also shows the number of South Australian customers on hardship programs to help with electricity payments increased by about 78 per cent between June 2013 and June 2017, despite the total number dipping after 2016.

Electricity bill debt is also on the rise in SA, with the AER reporting the average customer debt upon entry to a hardship program rose by $326 in 2016-17 compared to the previous year.

Lensink said her department would consult with a range of stakeholders, including the South Australian Council of Social Service, which has previously called on the State Government to adopt a percentage-based electricity concession similar to that used in Victoria.

SACOSS CEO Ross Womersley told InDaily today that altering the structure of energy concessions would be “the most powerful thing the Government could do to help families living in the lowest income brackets”.

“We are certainly pleased that looking at energy concessions is on the Government’s agenda,” he said.

“The way that pricing for energy is moving, we are seeing a situation where the value and targeting of concessions could be maximised.”

Womersley said the consultation should also include electricity retailers, which he described as playing a “massive role in households transitioning to energy concessions”.

“There are particular issues with the administration of the South Australian concession,” he said.

“In many instances, people don’t have smooth transitions to the concession when it comes to transitioning to a different retailer for a better deal, for example. 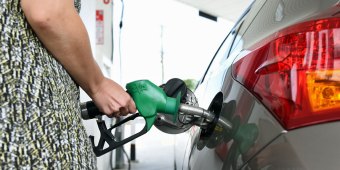 “Because the transition isn’t smooth, people might go months without the concession in place.

“In other jurisdictions that isn’t the case because it’s the retailers that take over the management of the concession, which we think would also be a helpful model for South Australia.”

But Womersley said South Australia still remained “one of the worst places in Australia in terms of electricity prices”.