The defeated Port Augusta mayor headlines a list of former candidates from Nick Xenophon’s state election bust who failed to break into council ranks on the weekend.

Seventeen of SA Best’s 36 state election hopefuls put their hand up for the local government ballot – nine of them were unsuccessful.

These included a brace of former candidates once considered short odds to enter state parliament.

John Illingworth – who ran for SA Best in the Hills seat of Heysen, which was once considered the party’s most likely state target – finished last of four candidates in the south ward ballot for Mount Barker council.

He was edged into fourth place by Liberal Party member Reagan Garner – who previously unsuccessfully challenged Georgina Downer for federal preselection in Mayo – and who also failed to win a seat on council.

James Sadler, Xenophon’s former education policy spokesman and candidate for Morialta – once considered the seat that Xenophon himself should have contested – finished second-last of the 13 candidates contesting seven Ranges Ward vacancies in the Adelaide Hills.

But Johnson, a rising Liberal Party star who quit to contest the Upper House for SA Best, is the highest profile Xenophon casualty from the weekend.

Despite finishing less than 30 votes behind challenger – and former deputy mayor – Brett Benbow, he lost after preferences 1882 to 2232.

Johnson told InDaily his ill-fated foray into state politics contributed to the loss.

“I’ve had people come up to me and be brutally honest, saying ‘You’re not suited to local government… you belong to either North Terrace or Canberra, so go forth and conquer’,” he said.

Asked if he now regretted running for SA Best, he said: “Yeah.”

“I don’t regret the experience – it was a wonderful experience, and very few people get that experience, to work with someone like Nick Xenophon… but it was my ‘Contiki tour’ – it was letting the hair down and venting some frustration.”

Johnson said he was no longer a member of SA Best and was now “a political freelancer”.

“My membership just lapsed – I’m not sure renewals were even sent out to people, but I had no intention of renewing,” he said.

But he implied he might rejoin his former Liberal Party and suggested he retained an interest in a political career.

“I’m not just going to float off into the sunset hopefully, but what that looks like… we’ll wait and see,” he said.

“I don’t think the mess happening in Canberra, with minor parties and crossbenchers holding a dagger to the government, is providing much long-term stability… you have to look at the overall sustainability of government [and] I don’t think sitting on the sidelines taking potshots is really going to achieve anything for the long term.” 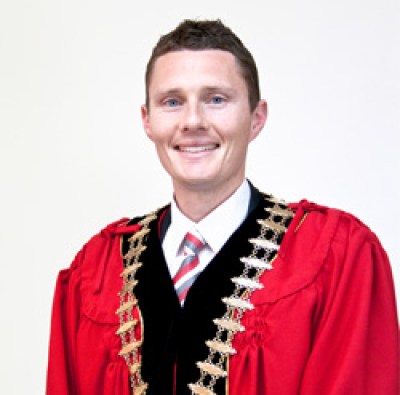 Johnson will relinquish the mayoral robes.

Benbow said his campaign was successful because he was “open-minded, community focussed and didn’t have a hidden agenda”.

“We need to get local back into local government,” he said, but insisted that was “no offence to Sam Johnson”.

“He was an absolute professional – he did things his way and I did things my way,” he said.

He said while having a statewide focus on Port Augusta was a boon in some ways, particularly on its renewables industry, “the community were saying they’re interested in what’s happening in our backyard”.

“The council was doing fantastic things, but people weren’t seeing it… people are more concerned with basic stuff like getting a new road and emptying the bins in the morning.”

SA Best MLC Frank Pangallo, who was elected to the Legislative Council ahead of Johnson, acknowledged “many of our members didn’t succeed”.

“But they didn’t run under the SA Best banner, they ran as individual candidates… SA Best didn’t provide support, they ran their own race – so it shouldn’t be seen as a reflection on the party,” he said.

“There were as many Liberal and Labor [affiliated] candidates who failed too.” 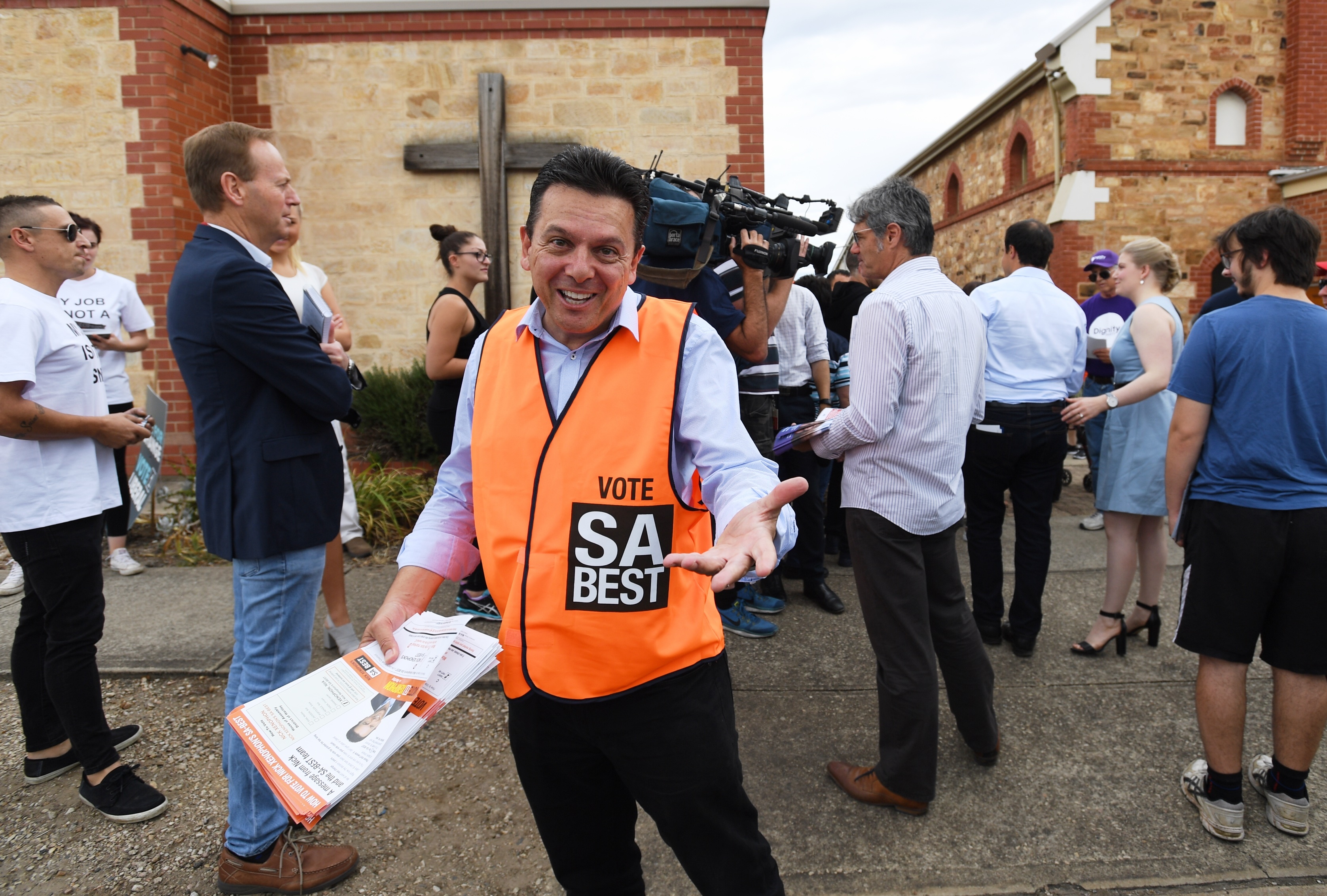 He said there “may have been local issues at play” in areas such as Port Augusta, adding: “I am unsure what caused Mr Johnson’s defeat… he has worked very hard for the Upper Spencer Gulf region.”

Pangallo said the focus should be on greater voter participation.

“Do we make voting compulsory? I think we should.” He said.

“Almost 70 per cent not lodging a vote shows an apathetic attitude to local government and significant issues like rate capping… if people were so fired up about rate capping, they certainly didn’t show it at the ballot box, as [minister] Stephan Knoll urged.”

Pangallo has already flagged a push for all candidates to declare any party or union affiliations.

“It needs to be an open book so voters know who these candidates are as well as what they stand for,” he said.

Of the eight former SA Best candidates who did win a local government seat, four were already high-profile incumbents, including Karen Hockley in Mitcham and Carol Martin in Port Adelaide Enfield, both of whom were comfortably re-elected.

It was less comfortable for Jassmine Wood in West Torrens, with the one-time state and federal Liberal candidate coming third in the primary vote before winning a seat by 18 votes on preferences.

She was contesting West Torrens after previously holding a seat in neighbouring Charles Sturt.

All of Marion mayor Kris Hanna’s challengers were preferencing against him, but the former Labor, Green and independent MP turned failed SA Best candidate reaped a dominant primary vote of 9094, eclipsing his three opponents Janet Byram, Robert De Jonge and Nick Westwood, who managed just 6813 between them.

Xenophon’s Mount Gambier candidate Kate Amoroso is in the box seat to win one of eight vacancies on the south-east city’s council, but Onkaparinga incumbent and former Mawson candidate Hazel Wainwright is looking doubtful for election in the southern suburbs, as is former Hurtle Vale hopeful Michael O’Brien.

Natasha Henningsen ran third in primaries in Salisbury, but was narrowly elected on preferences, but it was a different tale for high-profile Whyalla mayoral candidate Tom Antonio, who won the initial vote but was bumped off on preferences by challenger Clare McLaughlin, who also ousted sitting mayor and former Labor MP Lyn Breuer.

John Noonan, who was one of Xenophon’s highest profile candidates as the man handpicked to take on Jay Weatherill in Cheltenham, fell short in his Holdfast Bay tilt.

However, SA Best’s former Mackillop hopeful Tracy Hill – who once appeared in the controversial but shortlived Channel 9 reality TV show The Briefcase – was one of three candidates elected unopposed in the Lakes Ward of the Coorong council, while Kavel candidate and one-time Liberal Andrew Stratford was comfortably elected in the Adelaide Hills.