Keogh’s conviction for the 1994 murder of his fiancée Anna-Jane Cheney was set aside by the court of criminal appeal in 2014, with the Director of Public Prosecutions opting not to proceed to a retrial.

Earlier this year, the new Liberal Government granted Keogh an ex gratia payment, the reasons for which are being examined by the Legislative Council’s Budget and Finance Committee.

Keogh told the committee the request for a payment as a “measure of mercy” had initially been made to the former Labor Government, “with an indication by the then-Labor Government that it would consider it – and it retained two independent barristers to assist in that process”.

“All indications were that the Government was properly considering my request,” he said.

He said the payment was “to seek to ameliorate in a small way the miscarriage of justice, which had involved my being denied a fair and transparent trial”, including “evidence by an unqualified charlatan posing as a forensic expert”.

That expert was the state’s former chief forensic pathologist Dr Colin Manock, who Keogh told parliament was appointed to that role in 1968 “when he clearly didn’t have the appropriate qualifications”.

“Each serving government knew they were putting forward before unsuspecting jurors a so-called forensic pathologist who was not qualified even to conduct an autopsy,” he said.

“Legally his evidence was inadmissible and should never have been allowed… I ask, would you want such a man giving evidence in an inquest or trial if you or a loved one were involved?”

Keogh said the strength of Manock’s evidence “took away 20 years of my liberty”.

“Can you even begin to imagine what imprisonment for that period of time was like?” he asked the committee.

“More than 7000 sunrises and sunsets that I never saw… can you sit here today and even contemplate the everyday joys and happinesses that I missed out on? The marriage of children, the birth of grandchildren, my own [career] advancement…”

Keogh asked the committee members: “What price would you put on 20 years of your life, if that had been stolen from you?”

“All I wanted was a payment to reflect the miscarriage of justice that I suffered for close to a third of my life,” he said.

He said he did “not want to spend my last years wrapped up in this” but was asking for “a form of justice from the Crown”.

He said the Labor Government “protected and defended Manock” and “in a constant and shameful example of playing the man, critics were met with scorn and insults from the safety of parliamentary privilege”.

“I was allowed to stay in prison,” he said.

He said a 2004 report by the state’s then-head of pathology Barrie Vernon-Roberts was commissioned as part of advice given to the former Government by then-Solicitor General Chris Kourakis, who is now chief justice of the Supreme Court.

The Vernon-Roberts report “was not disclosed to me or my legal team” for a further nine years, and was a key part of his successful case in the court of criminal appeal.

“This deliberate non-disclosure cost me and my family another 10 years… and doubled the time I spent in prison.”

Keogh said he believes he is “entitled to ask those in the former Labor government – ‘why?’”

“Why deny me the legitimate course of justice… why block and deny evidence… why make my case political and not legal?

“I believe I’m owed a debt for this nightmare, as is my family… as is Anna-Jane, who deserves more than to be remembered as a woman killed by the man she loved – and who loved her.”

But that notion was dispelled by the Cheney family, whose lawyer Greg Griffin also fronted the committee.

He said the family had been “shocked and appalled” that the Government chose “to pay any money, let alone an obscene sum, to the person they regard as the person who murdered their daughter”.

Griffin said the Cheney family was “planning a civil action” for “breach of duty… for the losses it suffered as a result of his fraudulent conduct” over life insurance policies for which Keogh forged Anna-Jane’s signature.

“But for the conduct of Mr Keogh, the estate stood to inherit a substantial sum from life insurance policies,” he said.

“As a consequence of his attempt to deceive and defraud those insurance companies, they have quite properly rejected those claims.”

Griffin clashed with Pangallo during a heated exchange over the Keogh case, with the lawyer insisting that “29 year old women in perfect health don’t ordinarily have a bath and die”.

Pangallo responded that “it can happen – and it’s probably happened in this case, according to four experts”.

Griffin said Cheney’s death was “a circumstantial case” but that “the only person who could have had any involvement in the death was the person who stood to collect $1.1 million in insurance payments”.

“This is not a smoking gun case,” he said, but highlighted the court of criminal appeal’s decision that a “properly directed” jury could still find grounds to convict.

The morning hearing was punctuated by tense exchanges between Maher and Keogh.

Keogh appeared before the committee voluntarily, but eventually indicated he had reached the end of his tolerance for the chair’s questioning, after Maher quizzed him about the insurance policies and evidence he was involved in two affairs while engaged to Anna-Jane.

This prompted other MPs to intervene, including Hood, who told Maher: “You’re not here to determine Mr Keogh’s guilt or not.”

Maher noted he thought it was “hard to find any sort of legal basis for this payment being made”.

But Keogh insisted the quick resolution, without undue added legal cost, was “what responsible governments are supposed to do”.

“It showed this Government was ready to extend a measure of mercy to a person who the justice system had failed,” he said.

“The amount of the payment doesn’t go anywhere near making up for what I lost [but] I can get on and enjoy the last years of my life with some form of financial assistance.” 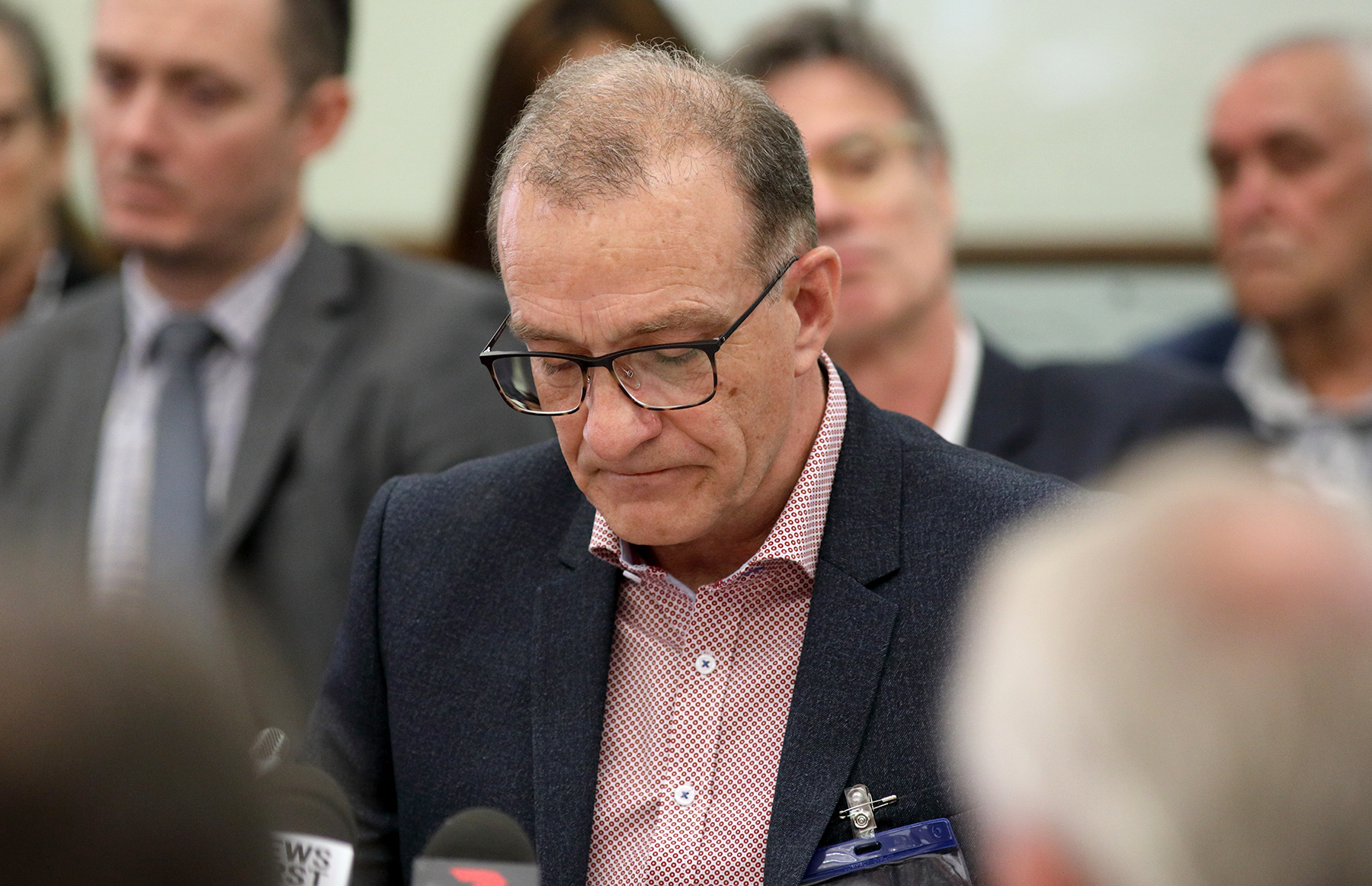 Keogh was questioned about previous evidence to the committee by Police Commissioner Grant Stevens, who said the former inmate was considered more than a ‘person of interest’ in the case.

“We charged a person, that person was tried and convicted – that conviction was subsequently quashed,” Stevens said at the time.

“I’m aware that he’s made that statement,” Keogh said today.

“I disagree with it.

“I believe no-one has been investigated because there’s no-one to investigate – there was no murder.

"Understatement" to call Keogh a person of interest: SAPOL

Keogh said he wanted “a more formal inquiry into the non-disclosures of information… and all the errors that were allowed to occur”.

“My over-riding hope is that further miscarriages of justice are prevented,” he said.

Asked if that inquiry should be a Royal Commission, he replied: “I believe so.”