Planning, Transport and Infrastructure Minister Stephan Knoll on Tuesday released a mysterious statement saying Renewal SA CEO John Hanlon “and one other Renewal SA executive” were currently on leave, and that he had appointed General Manager of Corporate Services Damian De Luca as Acting Chief Executive.

But under intense grilling from Labor counterpart Tom Koutsantonis today, Knoll repeatedly refused to elaborate on his CEO’s absence, instead repeating a constant refrain: “The chief executive is on leave.”

TOM KOUTSANTONIS: Where is your Chief Executive, Mr John Hanlon?

TOM KOUTSANTONIS: Who placed him on leave?

TOM KOUTSANTONIS: Is it voluntary leave or did you direct him to go on leave?

TOM KOUTSANTONIS: …Why is Mr Hanlon on leave?

TOM KOUTSANTONIS: Did he write to you and seek permission to go on leave?

Asked when he last spoke to Hanlon, Knoll appeared to consult with De Luca, who was seated beside him, before answering: “Tuesday.”

However, he declined to elaborate on the nature of the discussion, saying: “I am not here to reveal private conversations that I have had with public servants.”

Asked again whether he had confidence in Hanlon, he said: “Look, I have made public statements in relation to the fact that Mr Hanlon is on leave. At this time, that is the appropriate thing for us to say.”

Koutsantonis declared that “the largest agency that deals with the private sector is under a massive cloud”, asking Knoll whether “law enforcement officers” had “entered a government building and seized documents, computers, files and mobile phones”.

“That is not an appropriate question for me to answer,” the minister replied.

Koutsantonis responded: “ You are their minister. If police or law enforcement officers attend a government building, raiding an office using search warrants, do you think it is not the business of this parliament to know?”

“I have answered that question in the way I see fit,” Knoll responded.

InDaily has chosen not to publish some of the questions asked today on the basis of legal advice.

The estimates session was punctuated by frequent points of order by Government backbencher Dan Cregan, prompting Koutsantonis to accuse the Government of a “cover up”.

Knoll did, however, concede that all but one of Renewal SA’s four-person executive team was currently on paid leave, but he wouldn’t explain the circumstances, and when – or even if – they would return.

The Renewal SA executive structure, which still appears on the agency’s website.

However, Knoll has consistently refused to confirm to which executive he was referring in his initial statement.

The mystery deepened today, as he appeared to confirm all three executives – Hanlon, Vasilevski and Devine – were currently absent, confirming to parliament “the three executives [are] on leave on leave with pay”.

But he refused to answer questions about the nature of the leave, including whether it was “subject to an investigation”.

“That is all that is appropriate for us to say.”

Koutsantonis responded, saying: “ Can I just say how unfair that is on the three executives who are on leave.”

“If Mr Mark Devine – who is not here – is on personal leave unrelated to the matters that involve the Chief Executive, and the minister will not clarify and separate him from that, I think it is deeply unfair,” he said.

Koutsantonis later revealed to the hearing that “my office has just received an anonymous call to say that Mr Devine is on planned leave with his family in New Zealand”.

He asked Knoll: “Where is Ms Georgina Vasilevski?”, to which the minister responded: “The public statement that I made a couple of days ago in relation to this says that the chief executive is currently on leave, and one other executive is on leave. We have placed Damian De Luca as the Acting Chief Executive in Mr Hanlon’s stead. To date, they are all of the changes that have been made to the executive arrangements.”

“The public statement that I have made is everything that is appropriate to say about the matter at this point,” Knoll said.

“That is all that we will be saying about the matter.”

Koutsantonis asked whether any “individual projects that Renewal SA are involved in [were] under investigation by law enforcement”, to which Knoll replied again: “We have said publicly what it is that is appropriate for us to say.”

Asked whether “any Renewal SA officers [have] been charged with an offence”, Knoll again consulted with his Acting chief executive, before replying: “No.”

Koutsantonis told parliament the Opposition had “grave concerns about what is occurring at Renewal SA”.

“The minister has made no public remarks whatsoever, even though the parliament affords him the privilege to say and explain to the people of South Australia what has occurred at that agency,” he said.

“This agency borrows hundreds of millions of dollars. Three out of the four executives are not present today. The minister is giving one-word answers about their whereabouts. We want to know where they are, why they are not here and why the minister is not answering questions.” 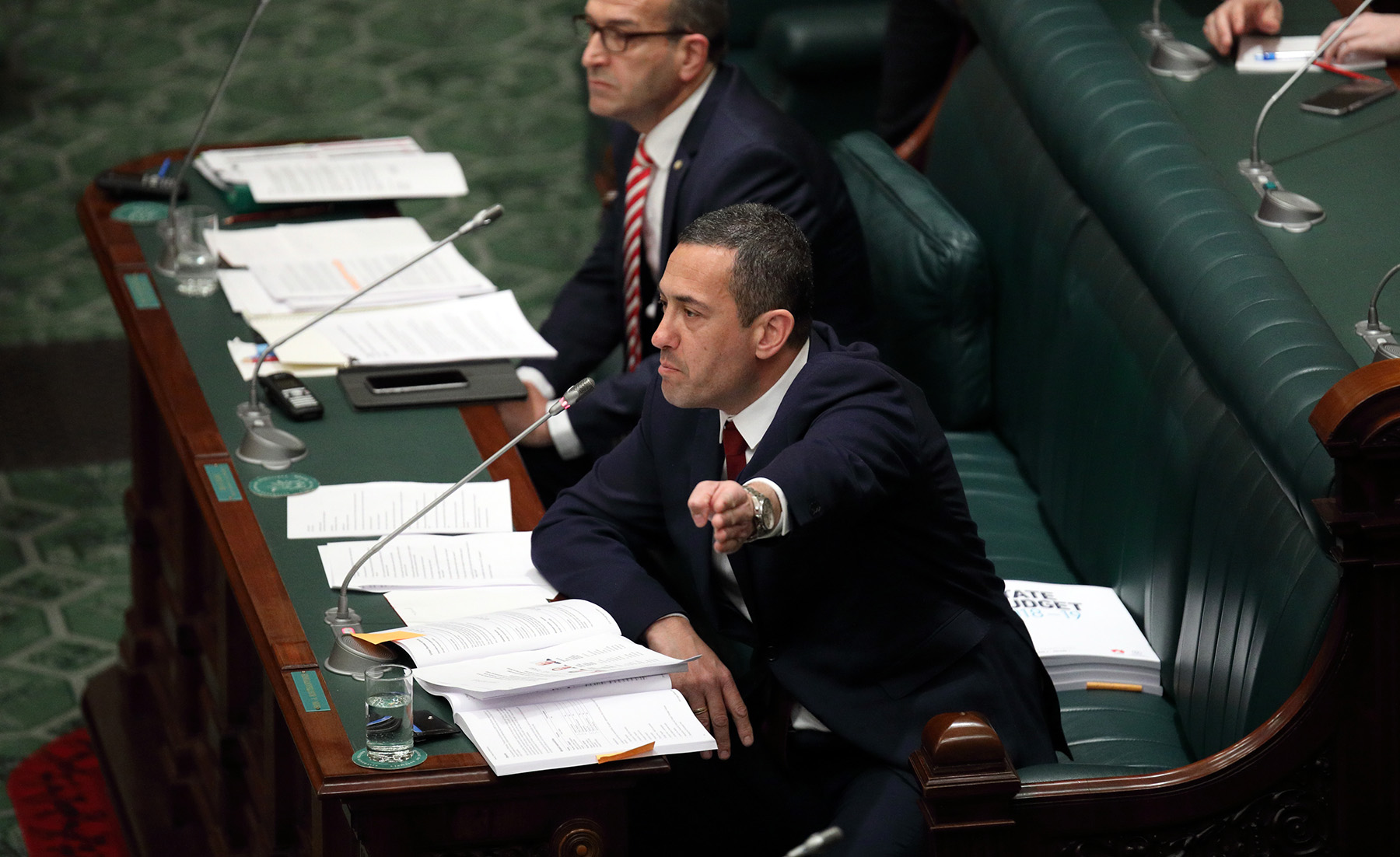 But Knoll repeated that he had said “publicly what is appropriate for me to say”.

“In asking these questions, I think there is a desire to create an insinuation around the conduct of anybody that [Koutsantonis] thinks I may have ever spoken to,” he said.

“It is business as usual at Renewal SA.”

Koutsantonis responded: “Business as usual? Really? So three of your executives are out the door on leave, you will not tell us why and it is business as usual.”

Knoll rejected the assertion that Hanlon and the unnamed executive were on “indefinite leave”.

He insisted the Government remained “open and transparent” but said it was also “a responsible government that takes its duties seriously and is appropriate and deliberate about the comments it makes publicly”.

InDaily has sought responses from Hanlon, Vasilevski and Devine. Calls to the former two have gone directly to message bank for the past two days, while Devine’s phone has rung out.