Education Minister John Gardner yesterday tabled a pair of documents commissioned by the former Labor Government, which reviewed TAFE SA’s quality and strategic capability in the wake of last year’s scandal that saw chairman Peter Vaughan and CEO Robin Murt depart after a range of courses were suspended due to repeated failures to meet national standards.

“The Reviewers are dismayed by the depth of the problems at TAFE SA,” it began.

“The significant challenge now facing TAFE SA stems from an absence of strategy, poor leadership, and the centralisation of decision-making and resources.

“The last four years have been a lost opportunity for TAFE SA specifically and for South Australia as a whole… the organisational focus of TAFE SA needs to change.”

However, of the report’s 14 recommendations, only nine have been accepted by the Liberal Government, with a further four under consideration and another – that the oversight of Treasury over TAFE SA’s budget be reviewed – merely ‘noted’.

“The role of the Department of Treasury and Finance is to monitor agency budgets and advise government on required budget adjustment strategies across all agencies,” the Government response reads.

“TAFE SA will be monitored in the same way.”

The report is scathing about TAFE’s previous leadership, saying “board and executive leadership have failed to develop and communicate a compelling and clear vision of TAFE SA’s contemporary role to staff, including how it will support the future of the state’s economy”.

It said the provider’s 2016–2019 Strategic Plan “lacks depth, with no evidence of a positive effort to align TAFE SA with students and industry” and notes “a lack of appropriate strategies to support organisational change and workforce development, including an inadequate commitment to staff development, performance management and succession planning”.

It said the former State Development Department, which was charged with overseeing TAFE SA, had been “frustrated in the fulfilment of this role”, with “departmental requests for information from TAFE SA on performance ‘frequently resisted and ignored’”.

“Major change is needed,” it concluded.

The concurrent strategy review, by Nous Group, raised “questions about the quality of TAFE SA’s management and leadership, particularly under the previous CEO, which relate to strategic thinking, communication skills and resource management skills”.

“We also query whether sufficient focus has been given in recent years to maintaining the industry currency of educational staff,” it said.

Vaughan did not respond to inquiries today and has consistently refused to speak about TAFE SA since his resignation last year.

Delivering his first state budget in 17 years yesterday, Treasurer Rob Lucas announced the closure of seven TAFE campuses “with low utilisation rates and the consolidation of service delivery into other sites”.

He also allocated “an extra $90 million over the forward estimates to help bail out TAFE SA from budget blowouts and an inability to meet revenue targets outlined in previous budgets”.

“We will still be proceeding with the policy of trying to ensure TAFE becomes a competitive provider,” he told media.

“But that will obviously be a slower process than originally anticipated.”

Gardner, who was not available for interview today, told parliament yesterday the reviews – which he received in April – “emphasise the need for organisation-wide reform”.

“Both reviews highlight serious concerns around quality, leadership and strategic direction,” he said.

“TAFE SA’s leadership and the former government’s oversight failed staff, students and the people of SA.”

He pledged “a fresh start for TAFE SA”, saying the Vocational Education and Training market of the future “will be based on contestability, access and choice”.

“The Department for Industry and Skills, as the purchaser of training, will drive the development of this market, aligning public funding to industry sector analysis and making funding available to non-government providers as well as TAFE SA,” he said.

“The market will take time to develop. It cannot simply be fixed overnight with a shift of funding. The capacity and capability of non-government providers will need to grow in a number of ways at the same time as TAFE SA transitions into an environment where it will compete.”

Gardner said a new funding model for the VET market would be introduced from July 1 next year, that would “provide transparency and include clear arrangements for how TAFE SA will be appropriately resourced in order to deliver the social obligations we expect of our public provider”.

The South Australian Centre for Economic Studies has been commissioned to advise on the extent of “the social obligations TAFE SA should be funded to deliver”. 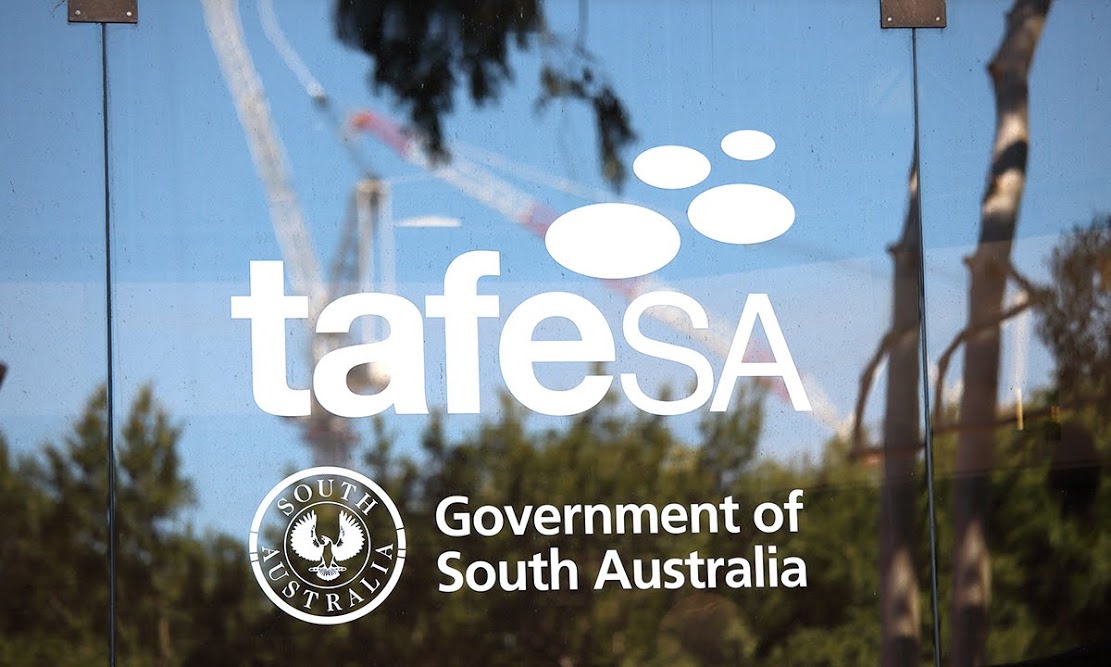 But Gardner insisted the Government was “committed to TAFE SA’s role as a quality provider in a contestable market and is providing a rescue package to ensure that TAFE SA can not only overcome the position in which it was left by the former government but transform and flourish in the VET market of the future”.

He said that transformation would involve “changes to the TAFE SA training profile and greater alignment with community and industry needs” as well as a review of course fee structures “to ensure fees are appropriate to the market”.

A spokesman for the minister said this did not necessarily mean course fees would rise, and may in many cases become more competitive.

Asked if she accepted the critiques, she said: “I accept that across the country public vocational training needs to be strengthened.”

“Every state has learned lessons about trying to go too fast towards having TAFE compete on a level playing field with non-government providers,” she said.

“The challenge for the [Marshall] Government is that it’s still locked into its existing language, about having TAFE become competitive – and it’s immediately instituted efficiencies by closing campuses.

“I’m not convinced – the way in which vocational training is run needs a strategic re-think… these reports are very useful contributors to that, and I’d like to see the Government lead that conversation, rather than immediately closing campuses and continuing to talk about competitiveness and contestability.”

Close said while the reports were damning about leadership and strategic governance of TAFE SA, “it’s particularly damning of the management, who I sacked”.

“There’s some serious lessons to be learned, no question about that,” she conceded.

“The real challenge now for the Government is what does it do – does it properly fund TAFE, and support it to reach out to students, or set down its path to contestability? That’s the question – what does the government see as the goal for TAFE?

“A public provider needs to be treated differently, and our policy was never for contestability – it was only ever for commercialised courses.”

Close said she established the reviews knowing their terms of reference would likely deliver damning findings, but insisted “I wanted the opportunity to think about how we manage vocational training in this small state”.

“It’s a serious matter, and not a matter of political point-scoring,” she said.