Warning the Liberals not to “make a break” from a historical bipartisan consensus for an ongoing “strong leadership role” of government in the market, the former Labor leader – who has taken a back seat in public life since his election loss – re-entered the political fray with a speech hosted by Flinders University’s Australian Industrial Transformation Unit at the Science Exchange.

The lecture attempted to “explain a particular view of the role of government and economic policy in a state that is a small part of the national economy with a small population, without major concentrations of global or national capital and without highly developed major resource endowments”.

“Our government believed that, in the South Australian context, considerations of scale, population, capital stock, geography, and technological capacity require government to play a leadership role in economic development in partnership with the private sector,” Weatherill said.

He said that approach was consistent with a consensus from both sides of politics dating back generations, which “accounts for our diverse and strong economy”.

“An alternative view is known to economists as ‘crowding out’ – that theory maintains that government is relatively less efficient than the market and, therefore, the less the government participates in the economy, the more efficient the economy will be… and thus the greater growth and investment will be,” he said.

“This alternative view of economic policy, if followed with determination by the new Liberal State Government, would mark a break in the continuity of government economic leadership in SA between the Playford era and the present day.” 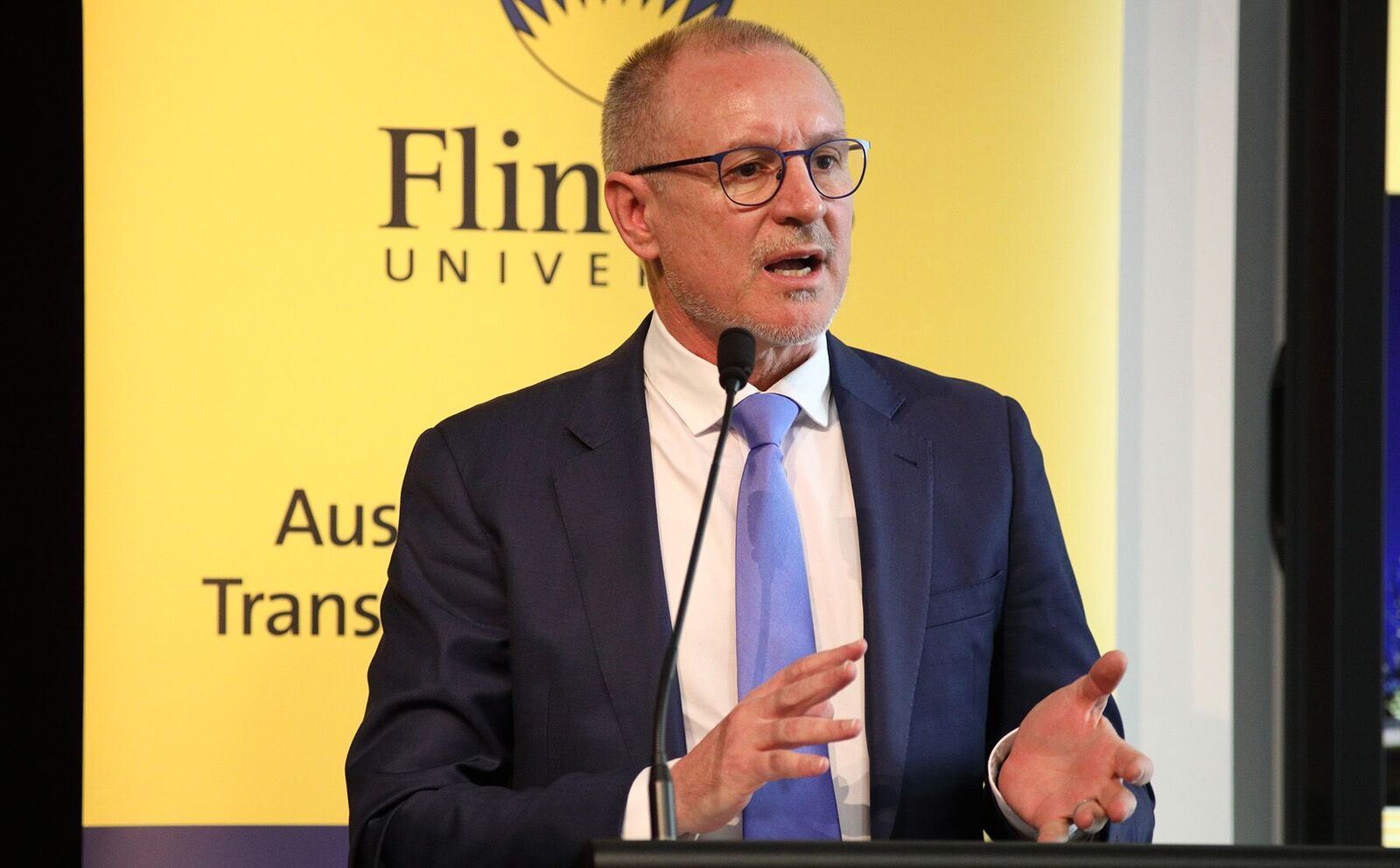 Weatherill said a “recent example of this alternative policy in action” was “the privatisation of Australia’s electricity generation and distribution industry”, for which his own government’s decision to “deploy the world-leading technology in the big battery as a solution to the state’s energy needs” was “a powerful rebuttal”.

“This is a classic demonstration of the role of government in developing new technologies, in partnership with the private sector, in a way which the market could not achieve on its own,” he said.

The speech appeared designed to establish his administration’s economic legacy within a historical context, tracing the timing and rationale for a range of decisions taken by Labor between 2002 and this year.

But it also makes a none-too-subtle distinction between that historical consensus and the approach flagged by Weatherill’s successor Steven Marshall and his Treasurer Rob Lucas, who will hand down the first Liberal budget in 16 years next Tuesday.

Weatherill details “the way the Labor Party thought about economic policy and, in particular, the role of government in it”, noting that a “small economy” such as SA “does not have the opportunity that large economies have to take advantage of greater economies of scale and the presence of a larger proportion of locally headquartered companies”.

“Government has always had to be deft to capture economic opportunities and investment,” he said.

“Left to its own devices, compared to a large economy, the small economy as a whole has a higher risk of decline unless there is strategic intervention… it is likely that a firm will, over time, move from a smaller economy to a larger one.”

Weatherill refer’s to economist Mariana Mazzucato’s theory of “the entrepreneurial state”, arguing that the government’s role in economic development “extends beyond creating the right conditions for growth into developing technologies which may not be fully comprehended by the market”.

He says there are “numerous ways for government to appropriately intervene” in the market, including “accelerating growth in parts of the economy that are already successful [and] attracting segments not present in the economy that can leverage off existing strengths [or] connect previously unrelated sectors and hence drive innovation”.

He cites drone services connecting agriculture and mining as an example of this.

“South Australia’s economic development has progressed from pastoralist’s paradise, to manufacturing powerhouse to now, a transforming new knowledge and services economy,” he said, adding that the transition was identified as necessary “as long ago as 1964 when Donald Horne published his seminal work The Lucky Country”.

“Progressive intellectuals like Don Dunstan understood the importance of the change called for by Donald Horne [who] argued that South Australia needed to move from being a farm and quarry towards more knowledge-intensive industries,” he said.

“In short, the nation and South Australia needed to move from being the lucky country to the smart country.

“Each of these phases and the transition between them has involved a strong leadership role for government. And for all of our significant differences with our political opponents, there has been a broad consensus in SA about the significant leadership role that government, in partnership with business, has played – to our collective benefit – from Playford through to the present day.”

He maintains that consensus was “at the heart of the Labor Government’s approach… and, I contend, accounts for our diverse and strong economy – and ultimately, is the source of our enviable lifestyle and harmonious community”. 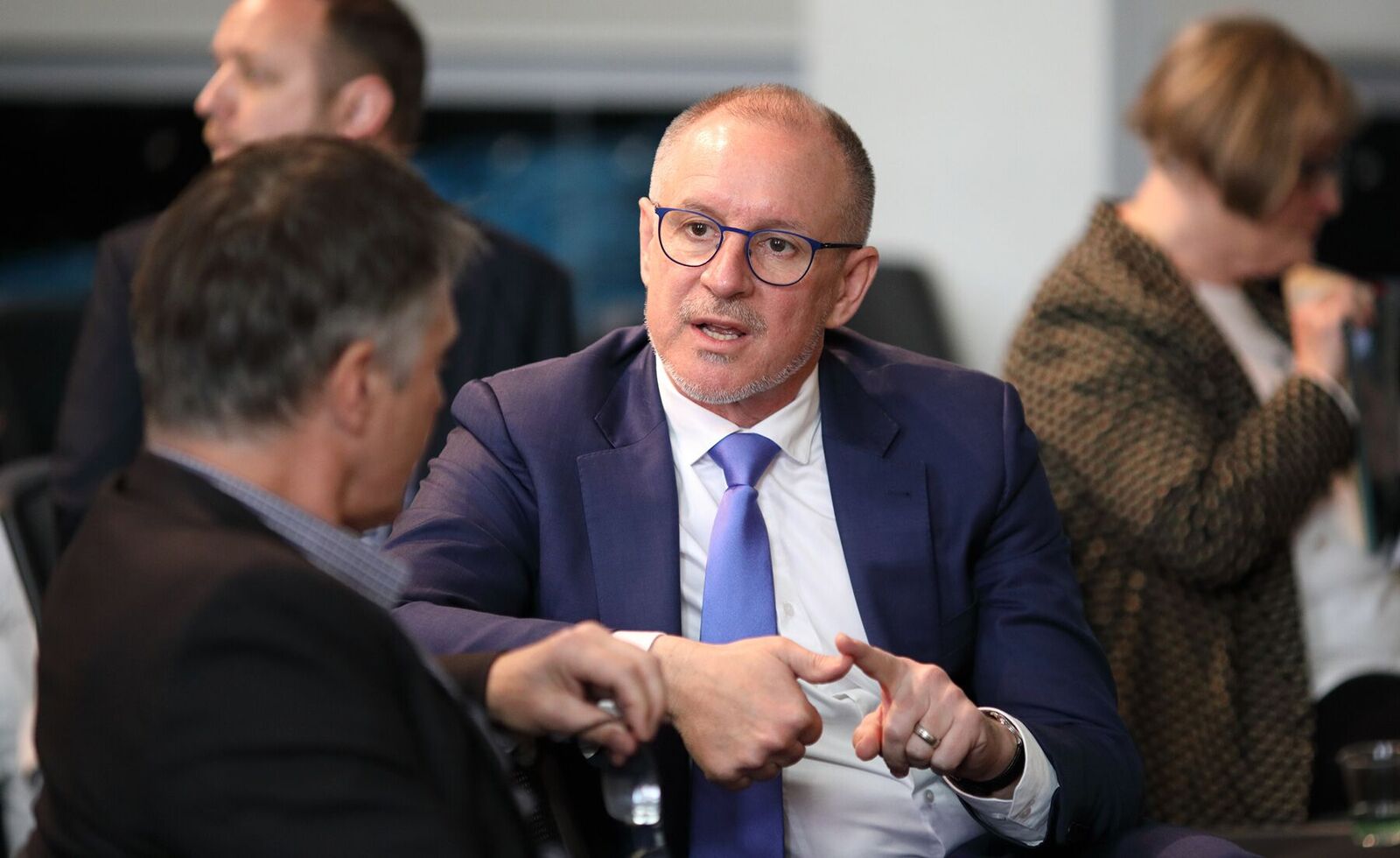 Weatherill defends his government’s “ten economic priorities”, which he says were “not only key to addressing the immediate pressure on employment due to the loss of the car industry but also for putting in place a foundation for short and long term economic and jobs growth [illustrating] the benefit of the public, private and non-profit sector working together and investing together”.

However, he identifies key “points of inflection” at which “the government chose to act in a way which had far reaching consequences” – including refusing deep public sector austerity after the Global Financial Crisis and “a key strategic decision to sacrifice [our] AAA credit rating to maintain infrastructure spending”.

“We took the view that the collapse in revenues associated with the GFC was temporary and that we should not chase down those lower revenues by slashing government spending on services because to do so would sacrifice our liveability and place the burden of the GFC on those who could least afford it,” Weatherill said.