City councillor and heritage consultant Sandy Wilkinson told InDaily he hoped other historic buildings along the length of Rundle Mall would follow suit.

The building’s original balcony was removed when Rundle Mall was pedestrianised in the 1970s, said Wilkinson, as a result of a bylaw requiring buildings along the shopping strip to remove historic balconies.

“I’d like to see all the original balconies and verandahs reinstated all the way down… Rundle Mall,” he said. 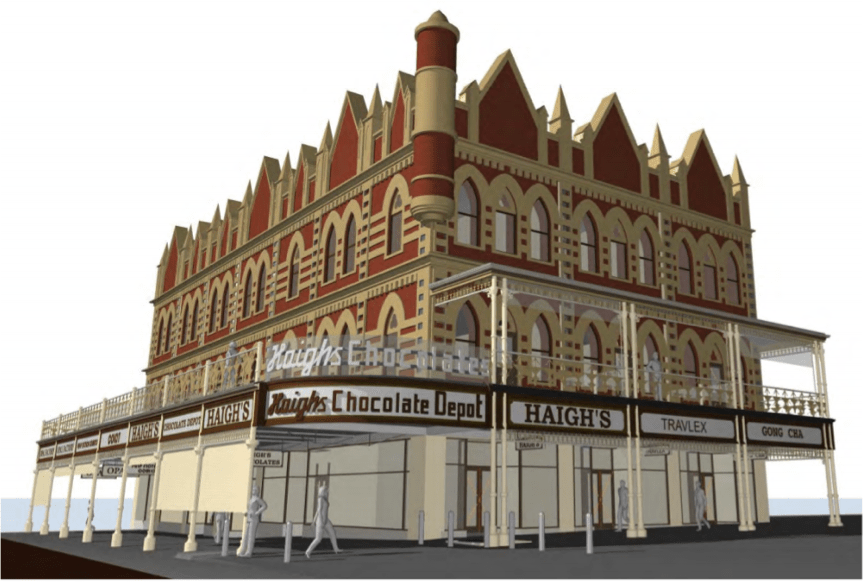 A rendering of the proposed new design. Image: Dash Architects

“(The 1970s city council) considered them to be a possible (pedestrian) traffic issue.

“Adelaide Arcade … is one of the few buildings to still have its balcony.” 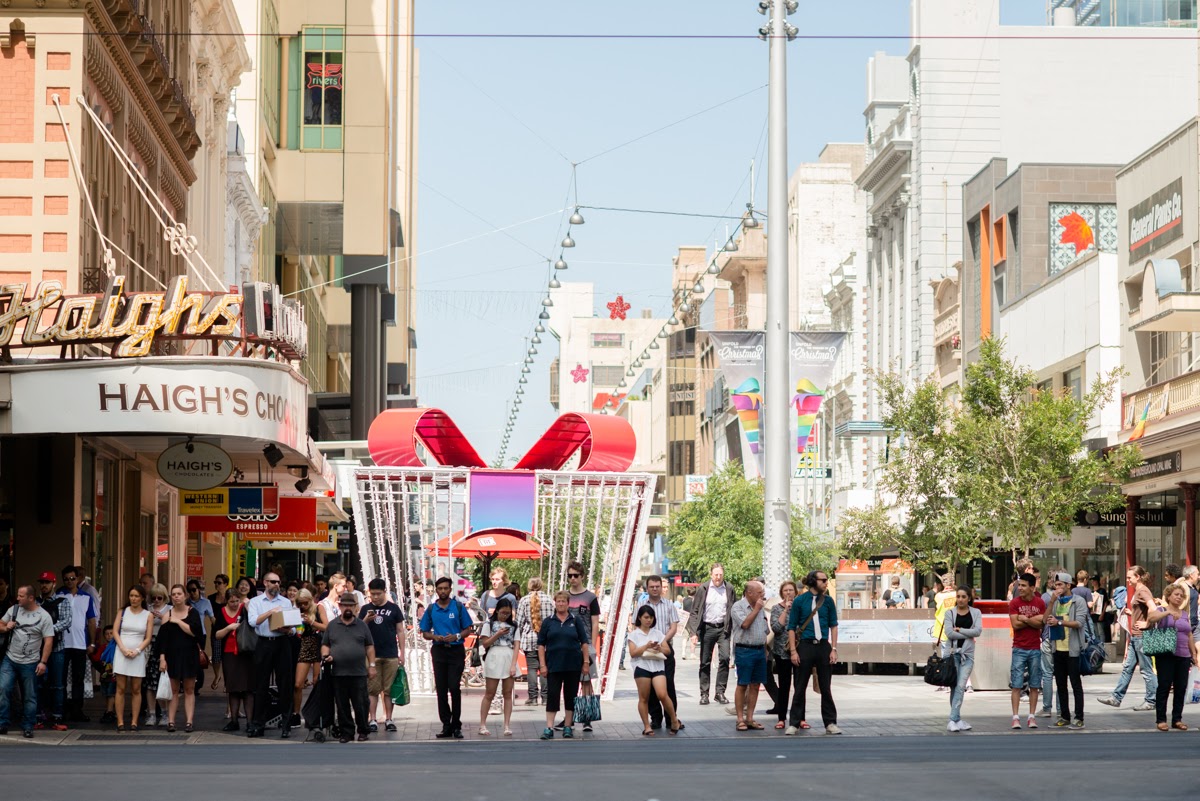 The proposed changes to Beehive Corner will be considered at a council meeting tonight because they do not comply with two technical elements of its encroachment policy.

But the council’s administration is recommending waiving compliance so that “important features of the historically significant” building can be reinstated and because it aligns with Rundle Mall Management Authority aspirations to activate upper levels and to “celebrate our collective memory”.