The scandal has prompted further calls for broad local government reform, as one mayor concedes there is no way of knowing the financial management issues besetting the state’s largest metropolitan council aren’t going on elsewhere.

Rosenberg, who last night lost a no-confidence vote in her performance as mayor, this morning called a special meeting of the LGA’s executive committee “to seek advice from them about the current issues facing [my] role as LGA president”.

The meeting will be held tomorrow afternoon.

It comes as fellow mayors continue to speak out against the leadership of the LGA and the ongoing damage her presence at its helm is doing to local government in South Australia, amid the ongoing fallout of successive scandals at Onkaparinga.

These include the widespread use of ratepayer-funded corporate credit cards, which Ombudsman Wayne Lines has confirmed he is investigating, as well as a $6800 golf club membership for CEO Mark Dowd (since repaid) and $22,000 in legal fees arising from a consequent Ombudsman’s inquiry.

West Torrens Council last night unanimously passed a resolution that Rosenberg “consider her ongoing tenure as LGA SA president in the context of the ongoing adverse media reports that portray not only her council but also local government in general as being extravagant and wasteful users of rate payer money”.

Tea Tree Gully will pursue a similar motion next week, while long-serving Norwood, Payneham and St Peters Mayor Robert Bria echoed the sentiment, telling InDaily “there’s been a groundswell of anger and mistrust towards local government on a scale I’ve never seen before”.

He said Rosenberg’s tenure as mayor – which is not bound by the no-confidence vote – was “a matter for the people of Onkaparinga”.

“She’s not accountable to me as mayor – but she is as president of the LGA,” he said.

“I think she should have reconsidered her position a while ago, and I think it’s unfortunate that it’s come to this, where we’ve got councils lining up telling her to go.”

He said the crisis was redolent of a scene in The Godfather, where the heads of the five families sit together and ponder the ruin of their respective empires, as Don Corleone muses: “How did things ever get so far?”

“It should never have come to this,” he said.

“This is a bad look, what’s happened at Onkaparinga.”

He said previous issues including the scandal at the previous Burnside council and the furore over the St Clair land swap at Charles Sturt were “more or less localised”, but the Onkaparinga fallout had become a “sector-wide issue”.

Bria said Rosenberg, a former Liberal MP with a long history in local government, had made “errors in judgment” that were “not rookie mistakes”.

“This is more than that… sadly, there’s been a lack of self-reflection on her part in terms of not looking beyond just Onkaparinga, and looking at how the sector has been impacted,” he said.

“In any organisation, the culture and tone is set from its leader – what we’ve seen here is local government suffer because of what’s been happening at Onkaparinga.”

Bria said the LGA’s $180,000 campaign against the Liberals’ rate-capping policy was “doomed from the start”.

“Its spokesperson, in this case Lorraine, has to be sending the message out from a position of strength – not a position of weakness,” he said.

“With all the issues at Onkaparinga – the golf club, the credit cards, the secrecy – there’s no way she as spokesperson for the LGA was ever going to get traction in the community, because the LGA wasn’t walking the talk.” 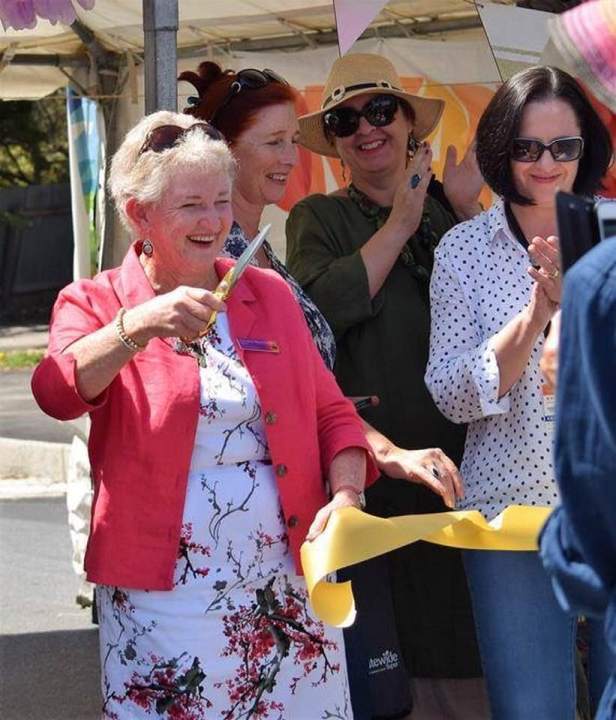 That critique was echoed by West Torrens mayor John Trainer, the state’s longest-serving metropolitan mayor who is retiring this year.

The one-time Labor MP said he was “pretty reluctant” to move against Rosenberg, but said: “I’ve been mayor for 18 and a half years, and I’ve just seen the reputation [of local government] get absolutely trashed.”

He said he’d been told by Liberal insiders that the party didn’t campaign hard on the rate-capping issue pre-election because “every time the president of the LGA makes a statement on behalf of the LGA, that does the job for us”.

Trainer said he believes in general that “five per cent of councillors are responsible for 95 per cent of the bad headlines”.

“But everything is generalised – what one councillor does in one council hangs around the neck of all local government,” he said.

“When you get the number of blunders in Onkaparinga, that reflects pretty badly – and it’s aggravated by the fact that the mayor of that council is also the figurehead for the LGA.”

Trainer said it was important to preserve the reputation of the sector because “local government is one of the very few institutions that actually builds local communities”.

“Nobody else turns streets into neighbourhoods and suburbs into communities,” he said.

He said the furore was prompting “people to come up with crackpot solutions to the problem of local government”, including council amalgamations, but “Onkaparinga’s problems are a symptom of the fact it’s the biggest amalgamated council in the state and the left hand doesn’t know what the right hand’s doing”.

Asked whether he had confidence in the broader leadership of the LGA, Trainer said: “I think it’s been stronger in the past – I won’t go beyond saying that.”

But Bria declared “the LGA needs to reflect on its approach to some of the issues that have been going on”.

The Norwood, Payneham and St Peters Mayor said he quit the board earlier this year because he “couldn’t give the commitment” the role required and “I was growing disillusioned”.

“I think there are some very good board members – the board, I think, is more than capable of introducing the reforms needed, but I’m not sure it’s getting the direction and the leadership that it actually needs from the administration.”

Asked whether he could be sure the issues at Onkaparinga weren’t happening elsewhere, Bria said: “I don’t know.”

Bria said it was time to rethink the ‘Three Rs’ associated with councils – roads, rates and rubbish – and establish ‘a new set of three Rs – repair, restore and reform.

“We have a lot of repairing we have to do in terms of image and a whole range of factors, we have to restore confidence – and there are a whole set of reforms local government can embrace and should embrace,” he said.

“We can’t change the past, but we can shape the future and we need to do that in a way that the community believes in.”

He also wants reform of council audit committees to ensure they were largely independent and had “more teeth to hold the council to account”, including potentially blocking budgets.

“The real problem with Onkaparinga, and by extension local government, is financial management… there’s a lot that can be done at the most basic level of audit committees,” he said.

“One has to ask the question: what was Onkaparinga council’s audit committee doing?”

He said the performance of equivalent councils should also be publicly benchmarked against each other.

“Some councils don’t want that, but it has to be done… there are fundamental basic reforms that have to be done,” he said.

Bria took umbrage at Rosenberg’s recent declaration in a Sunday Mail interview that she rules council “with an iron fist”.

“That comment just floored me… for many people that was probably the straw that broke the camel’s back,” he said.

“The mayor should see themselves as first among equals – you have to command respect and confidence, not evoke fear and loathing… it’s completely the wrong message about how you see yourself as a leader or first among equals.”

West Torrens’ motion against Rosenberg acknowledged her “dedication, hard work and commitment [and] the unfairness of some of the criticism she has been subjected to”.

In an LGA statement today, Rosenberg said: “Serving the local government sector as the LGA President is an absolute privilege, and the continued delivery of quality services and representation to members are at the front of my mind.”

“The Board of the LGA – including the position of President – are elected to act in the best interests of the local government sector, and provide oversight of the LGA’s corporate governance,” she said.

“I believe it’s important we meet as an executive to decide what is in the best interests of the association at this time, and separate the issues or disputes of individual councils in what is a politically-charged election environment.”

It came as a majority of the Onkaparinga councillors present for last night’s confidence motion voted against Rosenberg, who absented herself from the debate.

In a separate statement in her capacity as Onkaparinga mayor, she said she was “naturally disappointed” in the outcome of the vote.

“Last night’s motion of no confidence was put forward by a mayoral candidate and the seconder is also a declared candidate for councillor.

“As mayor I have undertaken the role that is required of me by legislation and strongly represented the decisions made by the elected body. While I have acknowledged that some decisions by council have, in hindsight, been out of step with the community’s expectations, many of these were debated democratically by the elected body… The local government election will be held in just over 100 days and this is an opportunity for our community to make its choice on the elected members they want to represent them.”