The Liberal Party has advocated for the move since 2013 and took a policy to “initiate the transition of Year 7 from primary school into high school” to last month’s election.

But the new Government seems determined to dramatically escalate that process, with Education Minister John Gardner telling InDaily he expected the transition to be “pretty much” rolled out across the state before the next election in 2022.

“We’re working through some of the issues… it’s obviously a fairly substantial reform.”

Gardner said there may be “potentially a couple of very small communities in regional areas where you might have a school that has fewer than 20 students that might make a case” to retain Year 7 in primary school in the short-term.

“We’ll have a look at suggestions like that… there might be some small number of limited exceptions of that nature,” he said.

The mooted transition – which will bring SA public schools in line with all other states – has been a thorny one, opposed by Labor and the SA Primary Principals’ Association, but strongly backed by secondary principals, whose own association published a position paper two years ago demanding a feasibility study “that would see all SA Year 7 students in a secondary school by 2020”.

“We’re very supportive of it,” said SA Secondary Principals’ Association president Peter Mader, who told InDaily he was “in a queue” to meet with Gardner to canvass a range of issues.

Neither side of the debate, however, has conclusively argued that educational outcomes are improved by starting high school earlier.

“We’re arguing it makes more sense, given the national curriculum.”

But Mader wants the Government to get the model right, noting: “I think something worth doing is worth doing well.”

Of recent states to make the transition, SASPA cites Queensland, whose education department partnered with Griffith University to deliver a professional learning program focussing on “key aspects of adolescent development [and] pastoral care”.

“You don’t have to do it alone… if you’re a Liberal Government then you’re already plugged in to the idea of working in partnership with private enterprise and so on,” Mader said, noting the SA Government could “quite easily have a partnership between the [industry] associations” and one of the big three universities, and “it wouldn’t cost an arm and a leg”.

One of the principal costs will be in ensuring secondary schools had critical infrastructure to cope with an influx of students – and that there are appropriate spaces to meet the Liberals’ stated aim of rolling out “fully developed middle school programs”, which they argue “is beneficial for students in the Year 7-9 age groups”.

However – ironically – it could be funds earmarked by the previous Labor Government that helps facilitate the transition, with Mader suggesting much of the $690 million Building Better Schools fund announced last year could be repurposed to “provide 21st century, world-class, contemporary learning spaces for those students”.

“Most of our secondary schools were in receipt of funds targeted by the previous government to critical needs… if there’s opportunity to re-scope some of that work it could go to classroom space that people would be looking for in the Year 7-9 Middle Years program,” he said.

“I think that’s a question worth asking of the minister’s office or the department – those schools never asked for that funding, it came from an initiative and schools were given rules around how it could be used. But what I’m raising is whether there’s a possibility to change the rules associated with how those funds are used.

“As a pragmatist looking in, that’s what I’m thinking about.”

And it’s a suggestion Gardner is already exploring, telling InDaily infrastructure cost is one of the key issues he’s working through, with around a quarter of state secondary schools already at, or over, capacity.

“Some of those were included among the schools receiving money through Building Better Schools, which was supported by us [and] we’ll be continuing it,” the minister told InDaily.

“In coming months we’ll have a very clear picture of infrastructure requirements… we’re looking to work with them to ensure that infrastructure work enables them to take a complement of year sevens.”

Gardner said he spoke to “a number of principals prior to the election” who he said recognised that – regardless of who formed government – transitioning Year 7 to secondary school was “inevitable in the longer term”.

“A number of those schools already had in mind that classroom space would be one of the issues they needed to address in designing their builds,” he said. 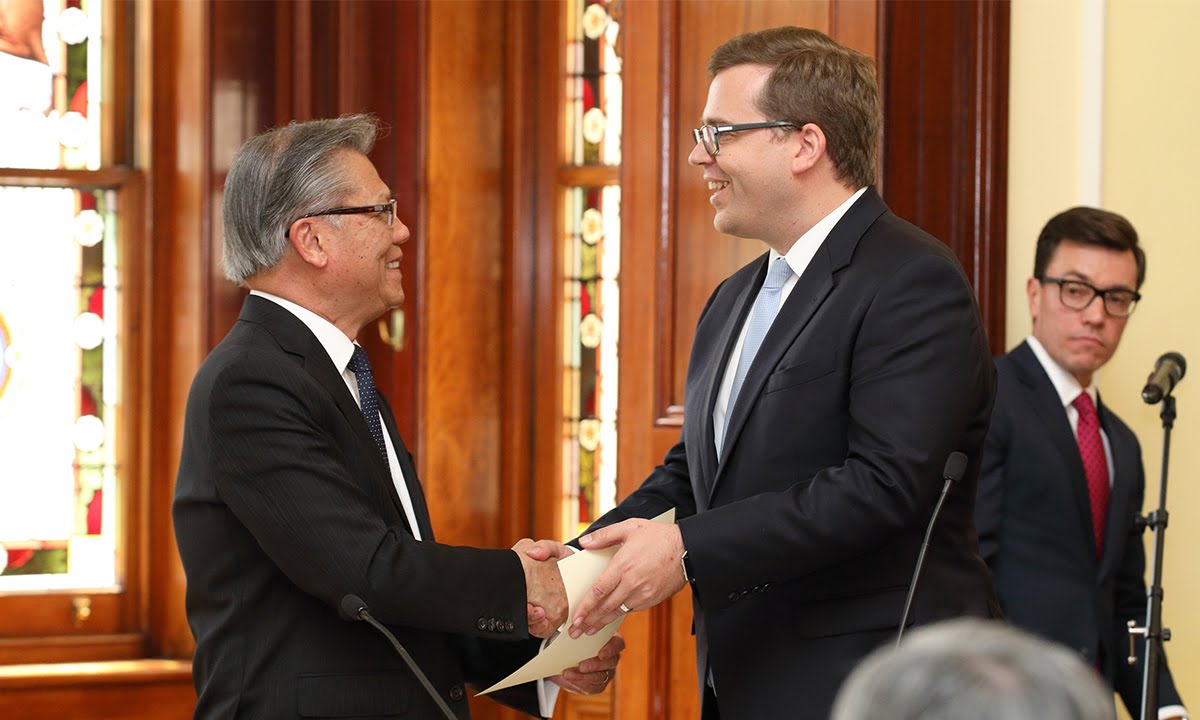 The Building Better Schools scheme – funded by Labor’s $1.6 billion windfall from the controversial privatisation of the Lands Titles Office – was earmarked to be rolled out to 91 public primary and secondary schools by 2022.

“It was always a very long-term plan [so] there’s still significant work to be done in scoping exactly what those builds were going to look like,” Gardner said.

Even Labor’s education spokeswoman Susan Close seems resigned to the program she unveiled helping cover the cost of the middle school transition she opposed, telling InDaily: “Of course, there’s money there that we had allocated and the new Government may well choose to repurpose that.”

“The new Premier and new minister welcomed and supported what we were doing, but they may choose to make a different decision,” the former Education Minister said.

“The pity in that is they’re simply building more classrooms to accommodate students currently accommodated elsewhere, and missing the opportunity to otherwise modernise those schools.”

She said despite an ongoing policy review, Labor remains opposed to shifting Year 7 to secondary school, but noted that the change does not require legislation so “they don’t require our consent”.

“I don’t oppose in principle where 12-year-olds are taught, but there doesn’t appear to be any evidence their education is better off in secondary school than in primary school,” she said.

“Our decision not to do it was based really on the combination of its expense and disruption, and therefore it was a big distraction from other educational priorities that do make a difference.” 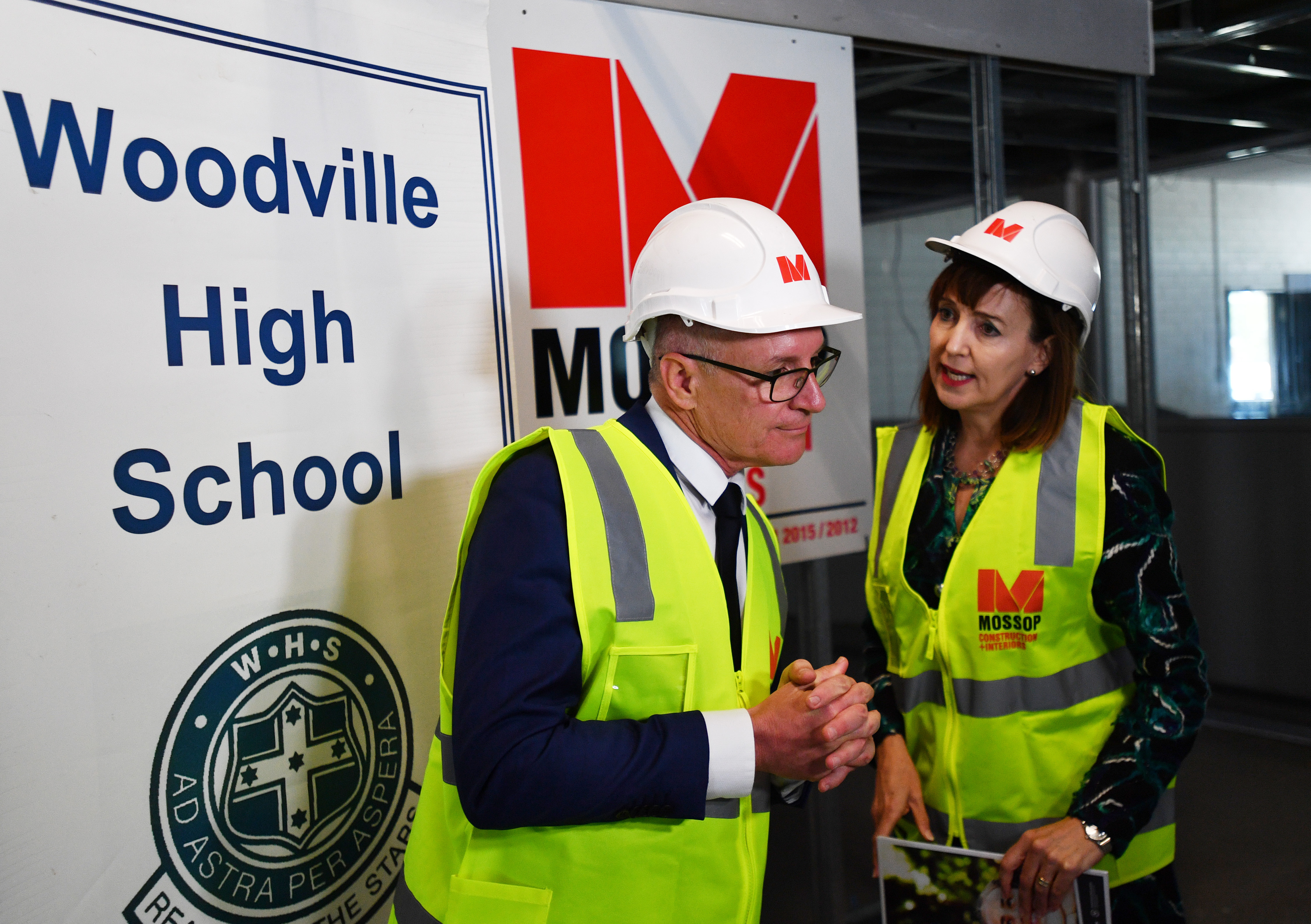 She said major high schools such as Glenunga and Adelaide would be forced to change either their enrolment zones or their out-of-zone enrolment processes to cope with the extra influx, and questioned the need for the change “given there’s no considerable advantage” in doing so.

“It largely comes from a cringe about SA – they’re afraid to be the only state that does this, and that to me is not sufficient justification to spend money that would be better spent in what we know makes a difference,” she said, citing areas such as professional development.

“Money being diverted from that to simply moving 12-year-olds to high school seems to me a very big distraction.”

The Primary Principals’ Association’s new president, Angela Falkenberg, is similarly resigned to the policy being rolled out although she says “we’ve had no information [on it] since the election”.

“I just imagine they’re working out the logistics of it… I know that Queensland took five years [to roll it out],” she said.

“Our contention was always that our [Year 7] students do as well in primary school as they’d do in secondary [but] now it’s happening we will absolutely support it – we want our children to make the best transition.”

Falkenberg said “longer timelines would be great in terms of getting our heads around it”.

“I guess with any significant move there’s that planning that goes into it… I’m looking forward to knowing more about it,” she said.

Catholic schools are finalising their own statewide Year 7 transition, while many independent schools have already made the move, with many more in any case incorporating Reception to Year 12.

Association of Independent Schools SA chief Carolyn Grantskalns said “we would anticipate any of our primary-only schools currently offering Year 7 would look seriously at whether they would continue to do that when the Department moves their Year 7s to secondary”.

Gardner said other major issues he’s working through included professional development and transitioning the existing workforce through “opportunities for primary teachers, particularly those teaching Year 7, to undertake any extra training if they wish to move into high school context”.

“Parents need a bit of time to prepare, so if students are in Year 4 or 5 at the moment, understanding which school they’re going to be at next year is critical,” he said.

“We expect to be in a position to make further announcements in coming months.”