Russell, who was elevated to the head of DPC last year after being handpicked by former premier Weatherill to run the start-up State Development Department, was replaced by interim CEO Erma Ranieri, who is also the current Commissioner for Public Sector Employment.

But today she confirmed she had terminated the employment of Morris, the department’s executive director who had responsibility for “cross government communications, citizen engagement and international relations”, according to his LinkedIn profile.

“I can confirm that Mr Rik Morris’s employment with the Department… will conclude on Thursday 29 March,” Ranieri told InDaily in a statement. 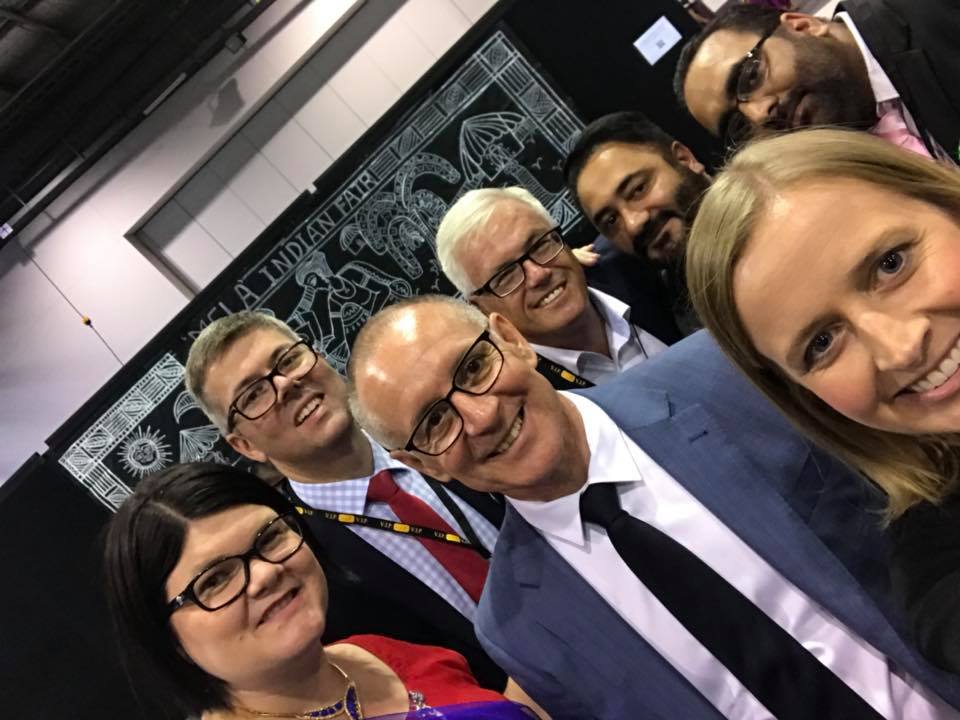 Jay Weatherill and Rik Morris (together, centre) with fellow Labor MPs and candidates during the election campaign. Photo: Facebook

“I have personally thanked him for his contribution to the department, public sector and the South Australian community.

“As Acting Chief Executive, it is my priority to ensure the Department continues to provide exemplary and valued support to the Premier and his Cabinet, and assists with the implementation of the Government’s election commitments.

“It is my determination that this decision is required to best fulfil these substantial responsibilities.”

It’s understood Deputy Chief Executive Donaghy is currently finalising the details of her settlement and will also likely leave the department this week, with several colleagues already informed of her imminent departure via email. She is a long-time public servant who crossed over to DPC in 2011 after working as executive director of Policy, Legislation and Intergovernmental Relations at SA Health. She has been responsible for overseeing the Cabinet Office, the Office of the Chief Economist and the Office of Digital and ICT Transformation.

Ranieri told InDaily: “The status of Dr Tahnya Donaghy’s employment is yet to be finalised [and] no further comments will be made in relation to these employment matters at this time.”

Morris, who was previously the general manager at the SA Tourism Commission, was widely expected to face the axe in the inevitable public service clean-out post-election.

He was a senior media adviser for both Mike Rann and Weatherill before joining DPC as an executive.

He took long service leave in November to run as the ALP’s candidate in the north-eastern suburbs seat of Florey but lost to independent former Labor MP Frances Bedford.

He did not respond to inquiries today.

The public service shake-up is expected to continue, particularly once new appointments are made to replace the CEOs sacked last week, who also included Planning, Transport and Infrastructure boss Michael Deegan, Attorney-General’s Department chief Ingrid Haythorpe and Sandy Pitcher, who headed the Department of Environment, Water and Natural Resources.

SA Health CEO Vickie Kaminski has already confirmed her intention to leave her role in November at the latest, with the incoming government set to replace her when her contract expired.

Marshall himself is only able to hire and fire top-level executives, with responsibility for subsequent changes falling to departmental CEOs.