Department of Premier and Cabinet chief Don Russell, the man previously handpicked by Jay Weatherill to oversee the new State Development agency in 2014, was today told he would lose his $550,000 job, along with three other departmental heads.

Russell will be temporarily replaced by the current Commissioner for Public Sector Employment, Erma Ranieri, who will retain that role while she acts as DPC chief executive.

“The people of South Australia voted in a new government – they wanted a new direction for our state,” Marshall told reporters at his first media conference at the State Administration Centre this morning.

“We’ve got a very different direction from the previous government and these changes were necessary to implement our agenda.

“I’d like to thank all the outgoing chief executives for their work in the SA public sector.”

However, he railed against a payout bill he revealed “could cost the taxpayers up to $2 million”.

“This is an extraordinary sum, but the fact is that’s the detail contained in the contracts they entered into with the previous government,” Marshall said.

“I’ve asked the commissioner [Ranieri] to look at this as a matter of urgency, to ensure when an incoming government terminates employees there’s not such a high penalty for taxpayers.

“It’s a legal issue… there’s not much we can do about it.” 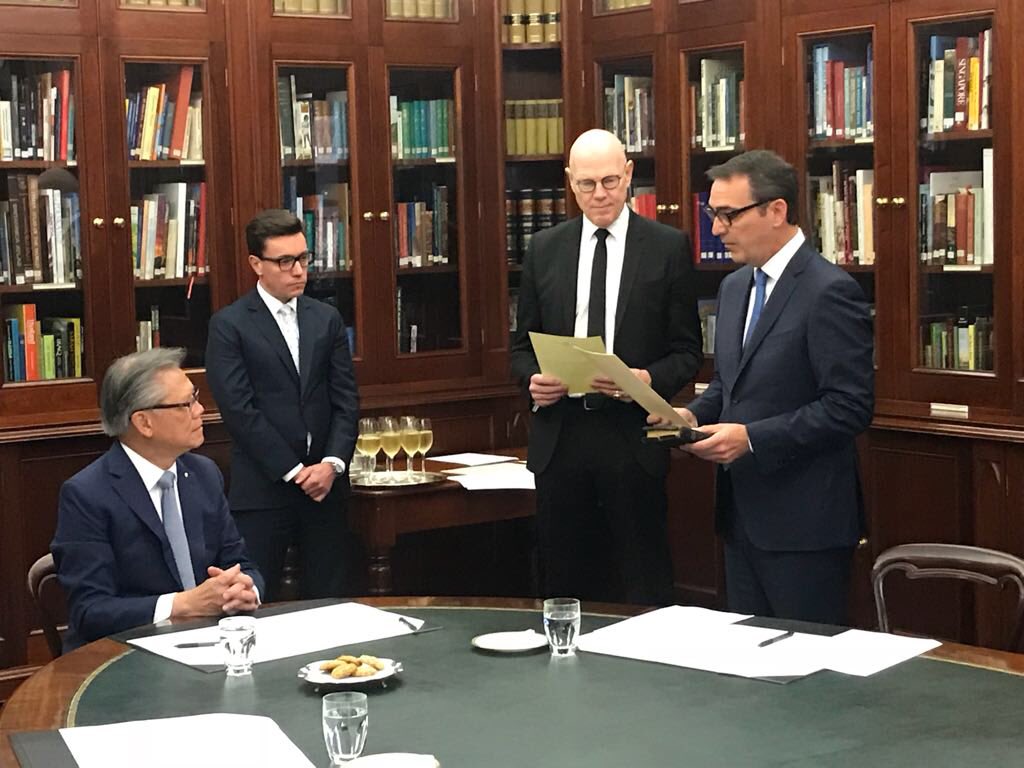 Marshall’s Liberals have been vocal about the alleged “politicisation” of the public service under Labor, but Marshall said it was “very difficult for a Premier or minister to do anything about that as all other public servants report to the chief executives”.

“We’ve made it very clear we’ve got to be appointing the best people for the job.”

He said the politicisation of the public sector was “a real concern for us in the Liberal Party”, saying he wanted “merit-based appointments right across the public service in SA”.

“We made that very clear in the lead-up to the election [and] we won’t be putting in our mates like Labor did for such a long period of time”.

Marshall did not suggest any of the sacked departmental bosses were partisan appointments, saying instead that “we made a decision we need new leadership [and] we didn’t think these people were the right people to take that agenda forward in these areas”.

“We had discussions with each of them but we’ve made up our mind and we’re moving forward as a state,” he said.

There won’t be any further initial terminations

The Premier also rejected a broader public sector cull, saying: “I think we’ve got a great public service in SA… the problem has been the leadership of the Government.”

But it’s likely second and third tier mandarins will be looking over their shoulders in coming weeks, with new public sector leadership likely to shake up key departments.

Marshall was asked about the future of lower ranked public servants, including former Weatherill media adviser Rik Morris, who ran unsuccessfully for the ALP in Florey at Saturday’s election.

However, he said “that’s not a decision that we can actually take”.

Morris did not respond to inquiries.

Other senior names that had been considered vulnerable were current Communities and Social Inclusion boss Tony Harrison and SA Health leader Vickie Kaminski, who have both come under fire from the Liberals in Opposition.

In 2015, when Harrison was in charge of Families SA, Marshall signalled he would not survive under a Liberal administration, saying: “Tony Harrison would have nothing to do with this area going forward… he has been proven to be unworthy, quite frankly”.

However, Harrison has since been shifted out of that agency and appears set to remain for now.

“Certainly I’ll be meeting with Tony Harrison and outlining our agenda for the future,” Marshall said. 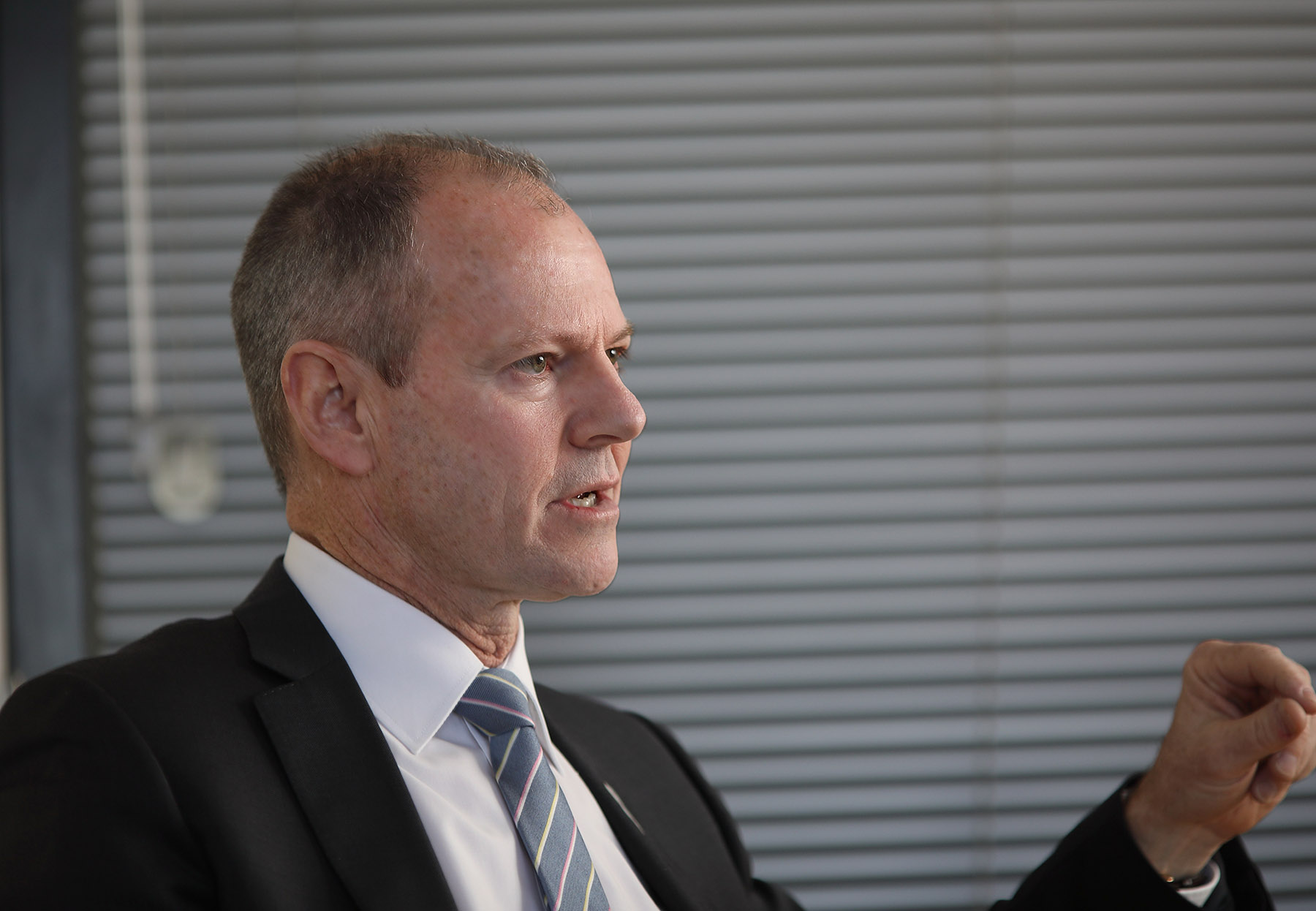 He also said he’d met with Kaminski and “we’ll have other meetings with Vickie Kaminski, talking about changes we want to make in health”.

“There won’t be any further initial terminations,” Marshall said when asked if today’s announcement was the end of his public sector purge.

“I’ll be now meeting with other chief executives across government, we’ll be talking to them about their ongoing roles… there may be some changes of portfolio.

“I’ve made these four announcements today… we’re continuing to have meetings with other chief executives and some may have changed responsibilities going forward.”

He said there were “other people we’d like in these particular roles” and “the acting arrangements are being put in place as we speak”.

“I’ll be making some positive announcements on that in coming weeks,” he said.

Russell was formerly a senior adviser to Labor Prime Minister Paul Keating, who also appointed him Australia’s US ambassador. The Gillard Government later hired him to head the Department of Industry, Innovation, Science, Research and Tertiary Education, but his role was terminated when Tony Abbott took over as PM.

Weatherill brought him on board to oversee the start-up State Development Department before last year appointing him head of DPC.

Marshall’s new cabinet will be sworn in tomorrow, with Marshall confirming “there will be no changes to the personnel of the shadow cabinet”.

“We took 14 people to the election and we’ll have those same 14 people sworn in tomorrow,” he said.

“There will be some minor portfolio changes but people will understand those when they see them.”

The configuration of the Labor Opposition may not be as simple, with the party still deliberating its new leadership team. A peace-keeping ticket of Right-faction boss Peter Malinauskas and Left powerbroker Susan Close still looms large, with one senior insider telling InDaily the party “believes we can win the next election [and] we must fight to win the next election”.

“That can only happen when the party’s united behind the leadership team in the same configuration that it has been,” the source said, which suggests a push for the dominant Right to usurp both key roles is losing traction.

Marshall did not buy in to Labor’s travails, saying: “We’ve got plenty on our agenda… I’m not the slightest bit concerned with what the Labor Party will be doing with their leadership.”