Health Minister and rising Labor star Peter Malinauskas is another understood to be in the party’s sights, as Xenophon today formally unveiled two high-profile candidates.

Xenophon insists he will reveal a glut of candidates in Labor seats this week, to ensure his first 20 candidates run against the same number of major party incumbents on both sides.

It’s understood there are candidates earmarked for both Marshall’s seat of Dunstan and Weatherill’s Alberton-based Cheltenham electorate.

Asked about Dunstan today, Xenophon confirmed “that’s one of the seats we’re looking at [but] there’s still a way to go on that”.

“We wouldn’t run in one [Dunstan] without the other [Cheltenham],” he agreed.

“That’s pretty axiomatic… that would be the fair thing to do. You can’t challenge one leader and not the other.”

InDaily can reveal Dunstan is one of 10 seats in which the state Liberals have been conducting regular polling, suggesting some concerns about the seat Marshall holds by a notional margin of just 3.9 per cent.

But insiders say they are comfortable with recent polling results.

Sources have also linked podiatrist Giles Rositano to the Norwood-based seat as a Xenophon prospect, although when contacted by InDaily today he said: “I don’t even know where that is.”

Asked whether he intended to run as an SA Best candidate at the state election, Rositano said: “No… I don’t know.”

He refused to elaborate, saying: “I don’t know you from a bar of soap.”

But Xenophon later confirmed Rositano – who appears to have recently deleted his Facebook account – was on a shortlist of prospective candidates, although he insisted his nomination “hasn’t been formalised”.

“There’s still a process to go through,” he said, although he confirmed the medico wouldn’t be the party’s Dunstan candidate.

“We’re still working through it… we’ve still got to go through a process,” he said.

It’s understood several candidates are this week facing the scrutiny of local branches, which are organised around federal – rather than state – seats.

“There are many people that have expressed interest… I know Giles Rositano but he’s not a candidate,” Xenophon said.

Asked whether he would be, he said: “It’s too early to say.”

Interestingly, that’s the same form of words he used earlier this month to describe Johanson’s prospective candidacy, with the prominent mayor today confirming his third tilt for state parliament – and second for Port Adelaide, after coming within 3 per cent of the prize at the 2012 by-election that saw Close first elected.

The Education Minister did not respond to inquiries today.

But Gibson incumbent – Liberal frontbencher Corey Wingard – came out swinging at Hanna’s candidacy, saying it “makes a mockery of SA Best being a centrist party”.

“Mr Hanna started his political career as a member of the Labor left, moved even further to the left when he joined the Greens and then offered himself as an independent left-wing candidate,” Wingard said in a statement.

“The people of Gibson will have a choice between a Labor/SA Best alliance and a reformist Marshall Liberal Government.” 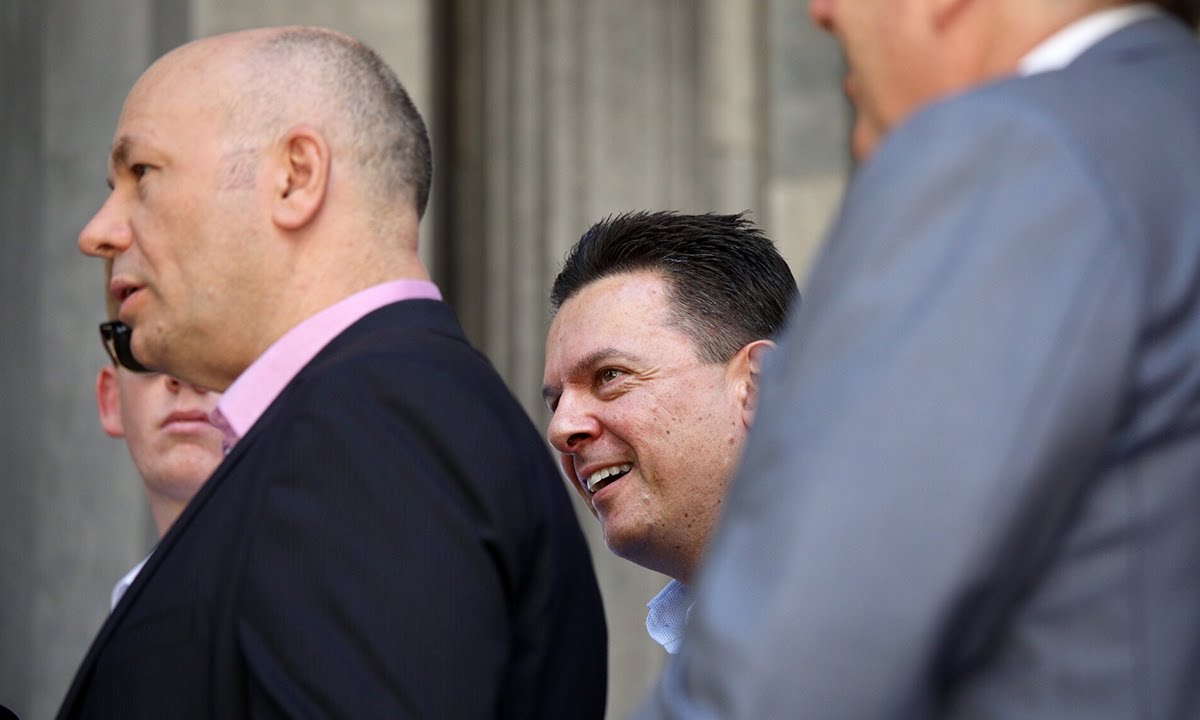 Hanna said today he believed “the best place I can serve my community is in the parliament with Nick Xenophon and SA Best”.

“We need to change the parliament, change the way it’s done, so the power of factions within the major parties is broken down,” he said.

“This is a historic opportunity to set it right… we need a third way of looking at things.”

He did not buy into suggestions he could seek the Speaker’s chair as the only SA Best candidate to date with lower house experience, saying: “I’m not even thinking about positions, I’m just thinking about winning the seat of Gibson.”

“People call it a hung parliament [but] I think a better way of looking at it is a parliament with shared power,” he said.

“With shared power we will be doing things differently.”

Weatherill was quick to respond to his former left-faction colleague’s long-anticipated candidacy, noting he had been “in more parties than Kim Kardashian.”

But Xenophon said “the fact [Hanna] is running kind of blows Jay Weatherill’s theory that SA Best is about disaffected Liberals”.

“It’s not… it’s about people disaffected on both sides,” he said.

Johanson confirmed he had been a Liberal member for 14 years, but hopes to break Labor’s political stranglehold on the Port.

“It’s been rusted on, and it’s been the rust belt in regard to its political fortunes because of the stranglehold both state and federal Labor have had in the area,” he said.

He said Port Adelaide had “the opportunity to be the powerhouse of the state”.

“This is a chance for all South Australians to create history… they should use that chance well,” he said.

He called for more people to join the fledgling party, saying they would “shape the direction of politics in this state – and possibly nationally – for years to come.”

Neither prospective MP would comment about supporting either major party to form government, and Johanson would not be drawn on his views about Marshall, saying: “I’d rather not comment on it because it was his birthday yesterday.”

Asked if he could say one good thing about the 50-year-old Opposition Leader, he offered: “He looks good in the standard Liberal uniform of moleskins, RM Williams and a blue shirt.”