In a triumph of pre-election spin, Koutsantonis released the final budget outcome for the 2016-17 budget to The Advertiser overnight, which delivered a $443 million surplus for that year – $204 million above the surplus forecast six months ago – and prompted appropriately effusive headlines.

But the full mid-year budget review unveiled today – effectively firing the starters’ pistol on the unofficial state election campaign – tells a somewhat different tale, with the forward estimates falling short of previously-expected surpluses by a total of $388 million.

“That’s right, because we’ve lost our revenue streams,” Koutsantonis conceded, referring to the parliamentary defeat of his controversial bank tax, the revenue centrepiece of his June budget.

“Losing the bank tax was unfortunate but in the end, that’s politics.”

But he suggested the figures were far from set in stone, saying: “Every year we offer a budget surplus we’ve come in better than forecast – I hope we beat our forecasts.”

“Every year we’re predicting larger and larger surpluses, more and more revenue [but] we had a revenue measure that knocked off $370 million.”

Blaming the Liberal Opposition for the tax’s defeat, he declared “no money bill is safe ever again because of what they did”.

Nonetheless, the loss of the bank tax is offset in the budget update with new “efficiency measures” across the public sector totalling $370 million over the next four years, to offset “lost revenue” from the thwarted levy.

Responsibility for identifying specific savings will be foisted onto department heads, but the Treasurer says the measure “will apply to back office activities and will not impact frontline services” or graduate recruitment.

“That’s the best way to do it – otherwise we’ve got politicians dictating what services to cut,” he said.

“We’re better off saying to CEOs of agencies: ‘You know your budgets better than anyone else.’ I haven’t met a chief executive in government who’s not meeting the Government’s agenda.”

However, he said there would be regular progress updates and “Treasury officials embedded in agencies to make sure they’re implementing it”.

Asked about job cuts, Koutsantonis conceded: “There could be some targeted separation packages, absolutely… but they’ll be voluntary.”

“If you want to cut public sector numbers, the Liberal Party’s for you,” he said.

Opposition spokesman Rob Lucas refuted that, noting that “there’s plenty of financial mismanagement and waste within the public sector [and] capacity for governments to reduce the cost of delivering services without having to cut back on frontline staff”.

“Whether Labor’s going to be able to do it, having squibbed it for 16 years, is highly unlikely,” he said.

Revenue will also be boosted by an increase in the Treasurer’s slug on foreign property investors, which was increased from four to seven per cent after the bank tax failed.

The mid-year budget review is a significant event in the election cycle, as the last snapshot of the state of the books before the March poll – and the budget blueprint upon which the Liberals have long said they’ll base their election costings.

Lucas said the review showed “the Government’s given up on cost of living relief and jobs growth”.

Treasury estimates of employment growth remain sluggish, at one per cent, with the Treasurer saying: “Quite frankly, I like their conservative estimates, because it serves us well to have them being as prudent as they can be.”

But Lucas noted the jobs growth forecast was well below the national estimate, and insisted “only a Marshall Liberal Government is committed to $360 million of cost of living reductions” through council rate capping and a reinstatement of Emergency Services Levy remissions. 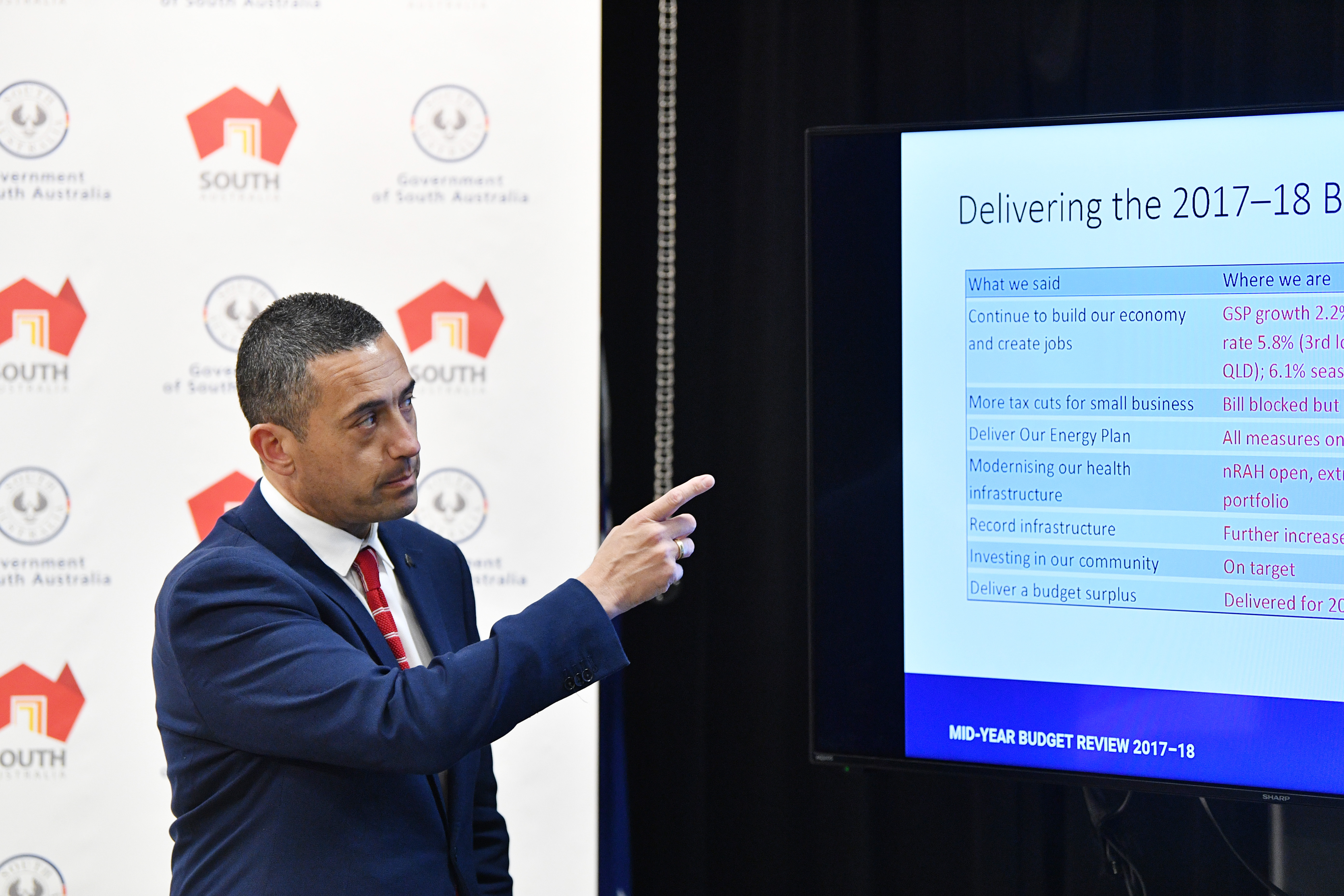 The budget update also contains additional funding for a glut of spending initiatives announced since the June budget, including $372.6 million over the forward estimates for Labor’s school infrastructure program, $200 million to duplicate Port Augusta’s Joy Baluch Bridge, $82.4 million for upgrades and additional services at Modbury Hospital and $159.1 million for additional support for children in state care, as well as $130 million for the second stage of duplication works along South Rd from Aldinga to Sellicks Beach.

Koutsantonis said there was no significant budget impact from his decision to cave in an enterprise bargaining standoff with the public sector union, giving many government workers up to three per cent extra a year – well above his previously-stated 1.5 per cent cap.

“We held some money in contingency,” he said.

“We attempt to live within our means and not borrow more than we need to.”

Nonetheless, Koutsantonis has a good story to sell ahead of Labor’s bid for a fifth straight election win, noting “our gross state product grew faster than the nation’s, which is something we should be proud of”.

Koutsantonis also revealed the cost of purchasing the state-owned gas/diesel power plant was $227.2 million, with leasing and establishment costs of $111.5 million.

“We have been relieved of the commercial confidentiality around the purchase of the plant,” he said.

“The cost of leasing and then purchasing the plant falls well within the $550 million budget for our energy plan.”

The Treasurer said given “Business SA estimates [last year’s] statewide blackout cost the economy $400 million, the state-owned gas power plant only needs to help avoid one major outage to pay for itself”.

The costings allowed for a contingency cost of $72.8 million, which includes relocation costs, but the Treasurer noted it was difficult to predict the generator’s running costs.

“We don’t know how often these things will run – these are reserve generators, they’re not NEM participants,” he said.

“We’ve had three very tight days [of peak demand] and we haven’t had to use them yet… so it’s very hard to know exactly how much they’ll cost.”