The council was due to hold a special meeting last night to discuss the Stadium Management Authority’s bid to modify its liquor licence for areas adjacent to Adelaide Oval. However, it was cancelled after not enough councillors were available to turn up.

Last month, the council voted to reject any redefinition of the SMA’s liquor licence – with some councillors suggesting the modified licence was a Trojan horse for more noisy activity on the parklands near North Adelaide residents.

The SMA is applying to the Liquor Licensing Commission to redefine the licence, to avoid the need to consistent request limited licences for individual events. The Commission had advised it would no-longer tolerate the SMA’s one-off requests.

The application also asks for the northern boundary of the licence area to be extended further north.

In a report that would have been presented to last night’s meeting, council staff warn that a failure to reach agreement with the SMA risked Government intervention to veto its planning influence over the Oval – and a potential battle through the courts.

“If council and the (SMA) are unable to reach an agreed position and it was perceived by the Minister that Council was acting unreasonably, the Minister may choose to override decisions made by Council on future matters,” the report says.

This would result in “effectively removing the ability for council to influence and shape the use of the Oval and surrounding area”.

A spokesperson for the council’s administration said that it had legal advice suggesting Minister for Transport and Infrastructure Steven Mullighan could intervene if he believed the council was acting “unreasonably”.

“There is a possibility that the Minister … could create new regulations allowing particular specific use under the licence, and also apply to the State Commission Assessment Panel (SCAP, previously DAC) if the Minister formed the view that the Council was acting unreasonably with respect to the administration or implementation of the Community Land Management Plan, as provided for in the Act,” the spokesperson said in a statement.

“This advice was therefore included as part of providing councillors with a comprehensive overview of the options potentially available to both (the) council and the State Government.”

The spokesperson declined to identify which councillors were unavailable for last night’s meeting, adding that it was called at short notice, that it was “an extremely busy time of year” and that councillors cited “a variety of existing personal and professional commitments” to explain their unavailability.

Last month he told InDaily last month that the Government may consider stripping the council of its planning powers concerning the River Torrens if councillors continued to oppose the Government’s proposals.

The report also cautions that continuing to oppose the SMA’s application could affect the council’s “working relationship” with the organisation and “it is possible that the (SMA) would contest a decision by Council to withhold landlord consent and proceed with taking the matter to the Licensing Court or Supreme Court”. 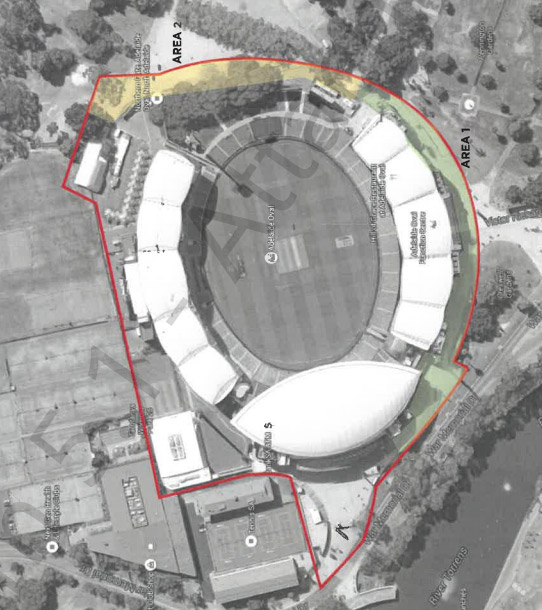 It says the SMA had amended their application in response to feedback from the council and the community, and recommends the council support that application.

North Ward councillor Phil Martin told InDaily the administration was “perverting” the council’s decision-making process by commenting on matters, which he argued were, by their nature, political – and by presenting two, dichotomous options for the council to consider.

Martin, who opposes the SMA’s application, said that staff advice should be “untainted by (reference to) political considerations” and that the report was clearly trying to push the council in a particular direction.

“’On the one hand we’ll all get sick and die, and on the other hand we’ll all live happily ever after’ is not a good explanation of the consequences of your actions,” he said.

“I’m all for frank and fearless advice, but it must be advice which is carefully considered and discloses all the options,” he said, adding “there were at least two or three other possible options.”

Area councillor Anne Moran, who wants the SMA’s liquor licence contracted rather than expanded, argued the report was “outrageous” and that “it’s clear from the report what side the council administration is on”.

But Central Ward councillor Houssam Abiad, who favours the administration’s recommendation, defended the report, describing it at “frank and fearless” advice that outlined key risks.

The matter will return to the council early in the new year.