It comes in the wake of the resignations of TAFE SA’s CEO and chairman, and as the Opposition today took the blowtorch to the minister herself, saying her position is untenable.

Close told reporters today she had appointed consulting firm Nous, one of whose principals is a former senior executive of the Department of Premier and Cabinet, because a “proper review” was needed in the wake of revelations 14 or 16 courses had failed to meet required standards after a random audit by the Australian Skills Quality Authority.

The Government revealed yesterday TAFE was no longer able to enrol students in the vocational courses, which include areas such as commercial cookery, aged care, hairdressing, building and construction and plumbing.

But given the random audit found problems with every course it investigated, Close conceded: “It’s highly likely more courses have problems.”

She said a “comprehensive audit of every course would take an extremely long time”, but she would consider it if the new inquiry deemed it necessary.

Close said the new inquiry would delve “harder and deeper” into the “function of TAFE”, providing a “proper strategic review of the role [it] plays”.

“This review will be undertaken as quickly as possible,” she said.

“We need to have answers very quickly.” 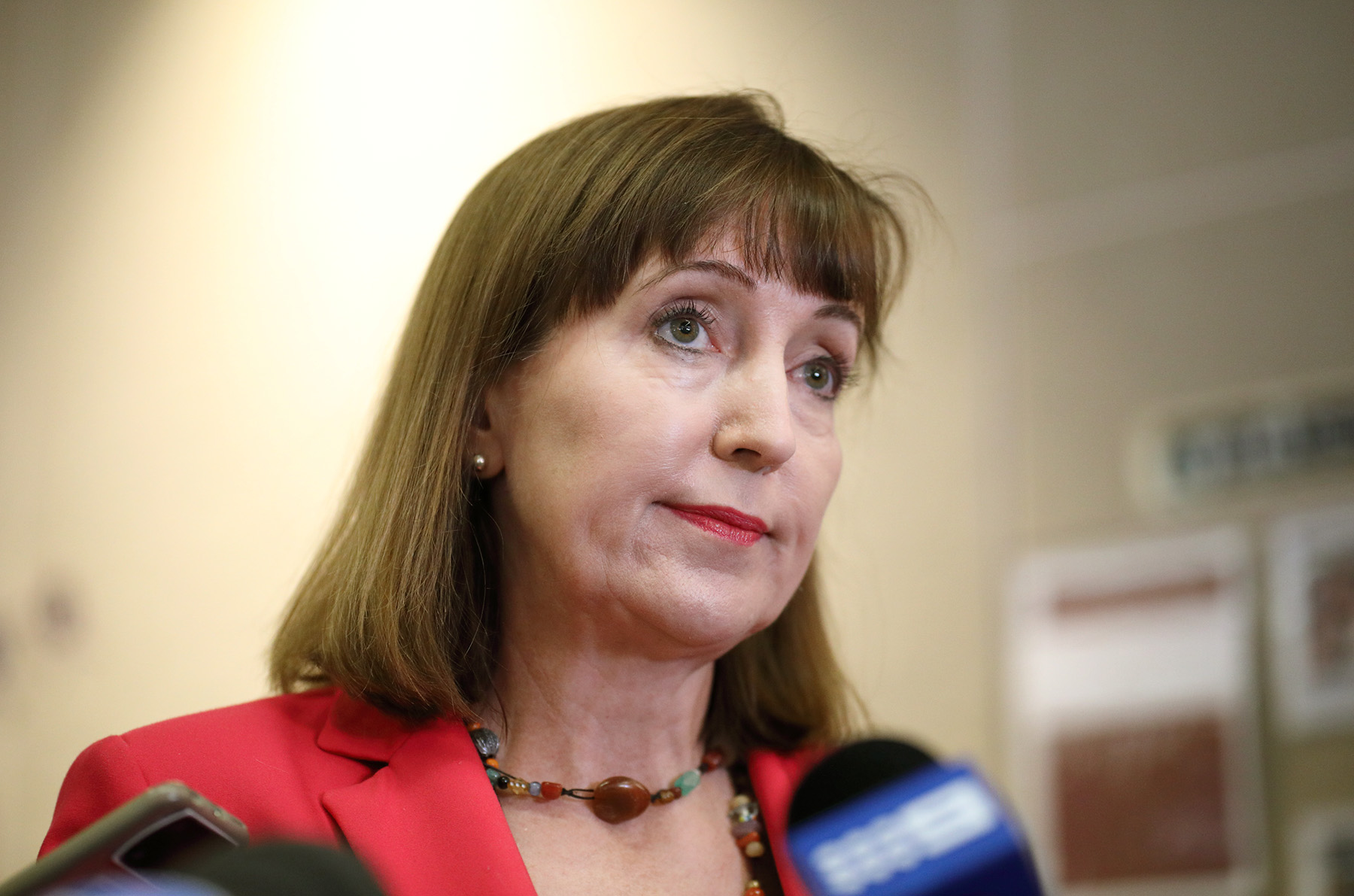 But it comes little more than two months after TAFE SA was put on notice that the randomly-chosen courses were not up to scratch, when Close told parliament on September 28 that the provider had established “an internal audit program that uses a risk-based sampling method at a work group level”.

“After reviewing the [ASQA] report, I met with the chair of the TAFE SA Board [former Business SA boss Peter Vaughan], and he has agreed to form a taskforce comprising the chief executives of both TAFE SA and the Department of State Development, as well as one or more of TAFE SA’s Board members with intimate knowledge and expertise in vocational training,” Close said at the time.

She said the taskforce would “oversee the organisation’s response to the audit and to provide me as minister with weekly updates on progress”, as well as to independently review TAFE’s own self-auditing program “so I can be sure that South Australians can have confidence in our public training provider”.

Close today conceded the taskforce had been a failure, noting that ASQA was unhappy with TAFE’s response to its initial concerns, and that she had lost faith in its ability to continue.

“I’m not happy with leaving the taskforce in charge of that job… the taskforce did what it was asked to do, but it hasn’t worked with ASQA so we need to go deeper,” she said.

She said the fact TAFE was unable to rectify the problems identified in all but two of the 16 courses audited “suggests problems with TAFE in its internal mechanisms”.

“In order to restore confidence of students we need to make sure TAFE is providing the role it needs to in the SA economy,” she said.

“I’m deeply unhappy with the way in which TAFE not been providing quality service.”

But Close distanced herself from the furore, insisting that “very clearly what’s gone wrong is the operation of the organisation hasn’t been good enough”.

“The people responsible for the operation of the organisation have gone.”

He continues to sit on the board of SACE, a fact Close said was not relevant to the operation of TAFE. Vaughan has not returned calls today.

The TAFE SA board this afternoon announced it had appointed State Development Department deputy chief Alex Reid as interim CEO “while we conduct an executive recruitment process”.

“This wasn’t just a bump in the road… TAFE’s response to the initial audit wasn’t strong enough,” Close said.

“We need to go much deeper and much harder… we need to get this right.”

She defended the appointment of Nous without a tender process, saying “we need to move quickly on this”.

“We can’t have hundreds of students not knowing what their future is.”

Remarkably, the crisis comes just three months after TAFE SA was named “Large Training Provider of the Year” at the SA Training Awards.

But others have warned of looming problems since long before then. InDaily columnist Malcolm King wrote last year that Close “must immediately review the performance and make-up of the board and get TAFE SA battle-hardened for the greatest educational challenge in its history”.

In 2014, Murt’s predecessor as CEO, Jeff Gunningham, told a skills forum in Melbourne that vocational training reform nationally had been an “absolute shemozzle… driven by a Council of Australian Governments policy on entitlement which is simply not working”.

“It’s a dog’s breakfast,” The Australian newspaper reported him as telling the conference.

“On paper the entitlement model is sound policy, but it’s been poorly implemented across Australia… TAFE in Australia has taken over 100 years to evolve into a world-class VET system, but the way things are going it will be brought to its knees in just a few short years.”

Gunningham said in SA skills reform had generated almost 150,000 extra training places by 2012, above target and ahead of schedule. But he warned the “great set of headlines” belied the fact that the Government had “spent too much money too quickly”, which had been “the major cause of non-stop tampering with the training market ever since”.

“[It’s] all about reducing costs [but] is it really that good to be bottom of the barrel on costs? At the end of the day, quality costs money,” he reportedly said.

In recent years, TAFE has shifted much of its program online and refocussed its service delivery to include mobile lectures and off-campus delivery programs.

This year’s Auditor-General’s report reveals that 51 staff took targeted voluntary separation packages in 2016-17, “bringing the total over five years to 583”.

But Opposition Leader Steven Marshall says it’s the minister who should be out of a job, saying Close “has abjectly failed the students of TAFE and has no option but to tender her resignation”.

“If Minister Close won’t do the right thing and resign, Jay Weatherill must sack her,” he said in a statement today.

“There are three people directly responsible for the shocking failure of TAFE – Chief Executive Robin Murt who has resigned, Chair of the TAFE Board Peter Vaughan who the Minister is demanding be sacked and Minister Close who bears ultimate responsibility… she needs to go today.”

“Given that all 16 of the TAFE courses audited were found to be defective and 14 were suspended the need for a further audit by ASQA is pressing,” he said.

“There is the very real possibility that the problems identified in the 16 audited courses are endemic across the TAFE system and literally tens of thousands of students may have been dudded by the Weatherill Government.”

SA Best leader Nick Xenophon called for a statutory compensation scheme for students affected to ensure they were “compensated for any economic loss”.

He wants a statutory tribunal set up to fairly fast-track claims.

Close said the Government would “work with each of the students affected [and] if they have any expenses we’ll be supporting them”.

“Let’s not catastrophise it for all students,” she said, insisting ASQA was not seeking to strip graduates of their qualifications.

“We must make sure we restore confidence in TAFE.”

Considering the recent regulatory findings from the Australian Skills Quality Authority, provide recommendations on the following matters:
a) Ensuring a comprehensive response to the ASQA findings and the remediation of affected students
b) Improving the effectiveness of TAFE SA’s internal quality assurance mechanisms and other organisational changes to ensure it delivers high quality training that is compliant with national standards for training providers
c) Restoring confidence in the public provider

Considering the changes in the labour market, the demand for jobs and skills, and the tertiary education system, provide recommendations on the following matters:

a) Major international, national and local opportunities and challenges for TAFE SA

b) The strategic role that TAFE SA should play and the outcomes it should achieve in
realising these opportunities and addressing these challenges
c) Enhancing the internal capability of TAFE SA to perform this role and achieve outcomes effectively and efficiently, including structure, strategy, leadership, culture, planning, governance and delivery
d) Strengthening the understanding and engagement of TAFE SA of its clients and partners, including students, employers, industry, schools and universities

Considering TAFE SA’s strategic role and outcomes, comment as necessary on:
a) Optimising the governance, accountability, funding and performance mechanisms established by Government
b) Progress towards a more open and contestable training market