State parliament tomorrow begins what’s expected to be its last sitting week before it is dissolved ahead of the March poll, with a host of veterans slated to retire and others unlikely to return next year after an election in which a raft of seats are expected to change hands.

Bedford has been long expected to formalise her intention this week, having quit the ALP in March after losing her preselection to right-winger Jack Snelling – who subsequently announced his own retirement, leaving the party without a candidate in the north-east suburbs seat.

Florey became a nominally safe ALP seat in the recent boundaries redistribution – but Bedford could cause an upset as an independent, with the hard-working local campaigner likely to split the Labor vote.

“The answer’s yes – I will have to make an announcement this week,” Bedford said in response to inquiries from InDaily.

Premier Jay Weatherill – who wants Bedford to return to the Labor fold as its candidate – has repeatedly maintained she has three options in front of her.

“We’d welcome her to be the preselected candidate for the Labor Party; she could run as a Labor independent – with or without a Labor candidate – or she could choose to retire,” he told InDaily earlier this month.

But Bedford said today: “I think the Premier likes to think I could run as a Labor candidate, run as an independent or simply retire – I can rule out retirement.

“I can’t see retirement on the horizon,” she insisted.

She also suggested rejoining Labor was unlikely – although she didn’t altogether rule it out.

“He may speak to me, [so] you never say never but I don’t see what would change significantly for that to be a live option,” she said. 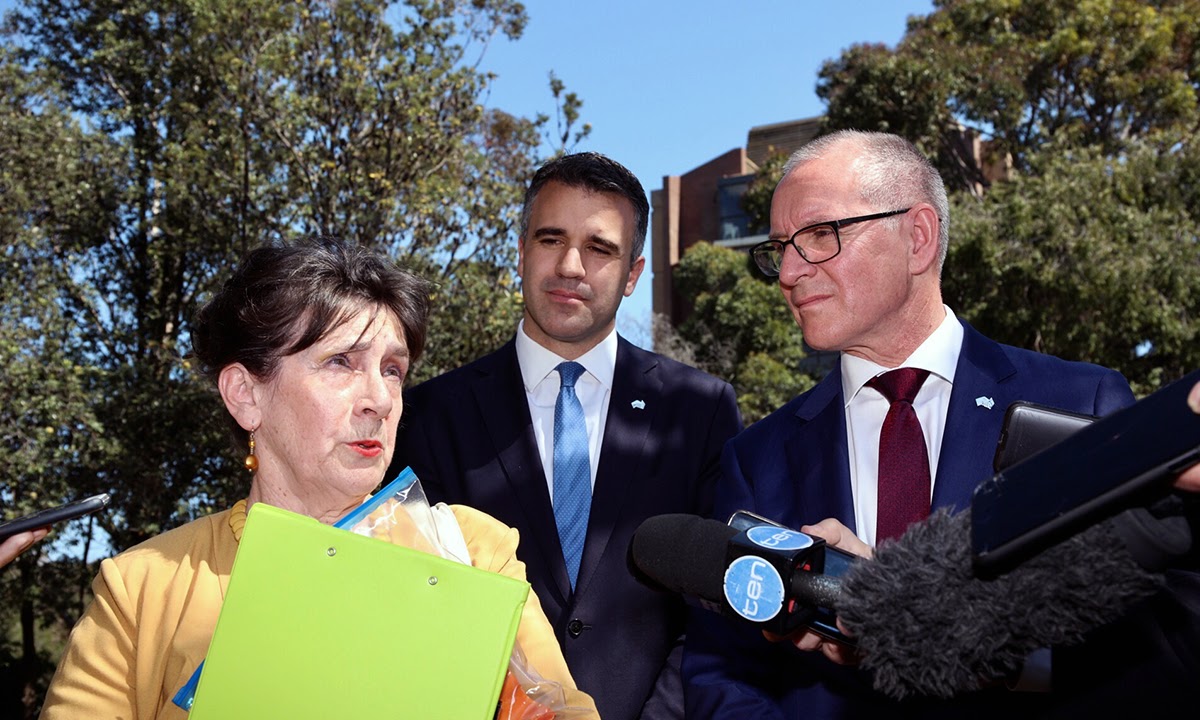 Bedford said she expected to hear details of the Weatherill Government’s review of clinical services at Modbury Hospital this week – which would be a key determining factor in her decision.

“We’ll have to see what happens in parliament this week as to the tone of the announcement,” she said.

“We’re just about the finalise visits around the [electorate] area. Once we’ve done the courtesy of visiting all the areas [in the seat] we’ll feel confident of being able to make an announcement… it very much depends on what we hear.”

Bedford has long advocated for the restoration of a High Dependency Unit at Modbury – with the Liberal Opposition recently pledging to do just that if elected, as part of a $20 million commitment to restore “critical services” to the facility.

But InDaily revealed earlier this month that a significant number of clinicians had come out against the proposal during the consultation process.

InDaily can also reveal that the Australian Medical Association’s submission to the review advocates the establishment of a Recovery or Higher Observation Unit – “without the need for a high dependency unit”.

In a submission sent to Health Minister Peter Malinauskas, and obtained by InDaily, the AMA suggests establishing “a unit with a high ratio [two to one] of nursing staff and some physiological monitoring to support [a] change in surgical case mix”.

“Surgeons and physicians would be responsible for their own patients in the unit,” it says.

The submission, signed by AMA chief executive Joe Hooper, says that while “in theory under Transforming Health, the north eastern community should be able to access acute services and emergency surgery at the Lyell McEwin Hospital and receive emergency care, 24-hour-stay elective surgery and low acuity care at Modbury”, the reality is quite different.

“Members of the community are frequently unable to access appropriate care when they need it… primarily due to the [Lyell McEwin] being unable to meet service demands, leading to bed block and slow/poor transfer times,” it says.

“This highlights the fact that [Modbury] emergency department and surgery teams do not have sufficient acute short term support.”

The Lyell McEwin, it says, is “stretched to its limit, as are ambulance services, and many of the 250 patients per month transferred on average from Modbury to the Lyell McEwin have to wait in uncomfortable conditions for extended periods”, while visitors find it “almost impossible” to access via public transport.

The AMA called for “significant investment in capital and recurrent funding… to support better localised care for the community at Modbury”, with an increase in the number of intensive care beds across the Northern Adelaide Local Health Network – from 14 to at least 20.

They also want a streamlined patient transfer system, to “alleviate the need for doctors to spend extended periods bargaining over beds [and] reduce the need for ‘higher care’ at Modbury whilst awaiting transfer”.

The submission calls for “a more complex surgical case-mix” at Modbury, including “low-risk elective and emergency” procedures , with additional acute medical beds to meet demand, and “purpose-built palliative care facilities” for northern Adelaide, including a 16-bed palliative care unit at Modbury.

Malinauskas’s response to the consultation is expected to be handed down within days – and possibly as early as tomorrow – while Bedford is expected to confirm her intentions by the end of the week.